Two further games of HotT for the evening, this time Weird World War 1, and both 24 points,, Andy's host hasn't quite reached 48 points yet.

For the first game I field an aerial hero general, and a magician, two riders, and a mix of shooters and blade. Andy fielded shooters, hordes, blade and a hero general (the captured Mk IV)


So, time for another game, for which we each change the composition of our forces, just because we can, and we want to try out the new figures/models.

I take out the aerial hero and the magician,. and take a behemoth, a hero, and aGod (a gas cloud). Andy adds in an airboat (Roland C!! ground attack plane). 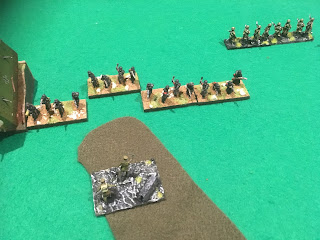 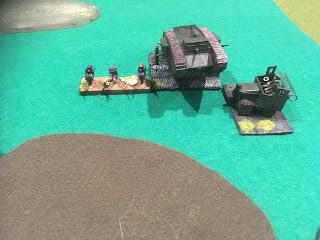 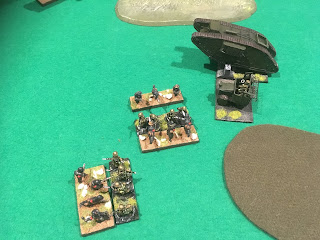 However casualties have mounted and this day belongs tot eh British. A great game.. lots of fund. We are pondering customising some terrain for these actions.

While we are here, I wanted to showcase Andy;'s stronghold for his Germans .. a little 'Area 51' ish..  As we would say in reo Māori here in New Zealand 'Ka mau te wehi' .. awesome!!! 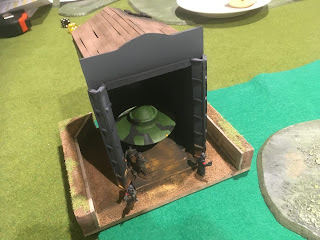 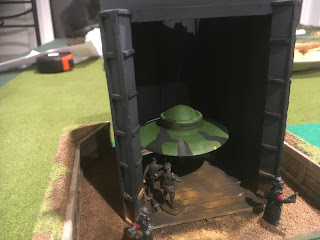 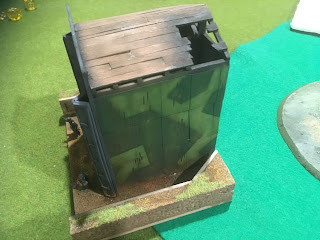 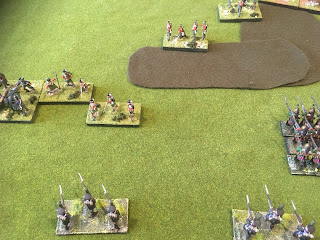 An excellent first encounter for both armies... but both in need of more 'fantasy elements' in terms of both the aesthetic and the function. That said, those riders.... oh wow!!!
at December 31, 2018 No comments: