Last weekend I played in the second annual Woolston DBA Challenge (for official results follow this link) organised by Keith McNelly. There were 9 of us playing across 6 rounds, with local players taking a bye to allow those who had travelled from Timaru (south of Christchurch) to get a full complement of 6 games in.. fair and just reward for travelling to join us!!).

I took my Spanish (Celtiberians, with 6 x warband) - the only 15mm army I have that fitted the period of the tournament. I had had little success with these guys before and felt that they were probably the easy beats of the day.. how wrong I was!! I defended in all 5 games, and made sure that I used the max 2 steep hills, and 3 other pieces of rough ground. I wanted to disrupt my opponent's deployment, and give myself the best opportunity to occupy rough ground as I wasn't convinced that the army would stand up particularly well to the pike and spear armies that I thought would be predominant on the day.

The first game was against Brian's Bosphorans. Brian had to work hard to advance around the terrain and get at me (all photos are taken from the Spanish side of the table). 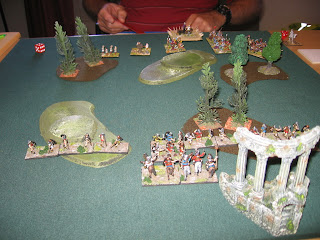 He advanced his knights down his left (my right). 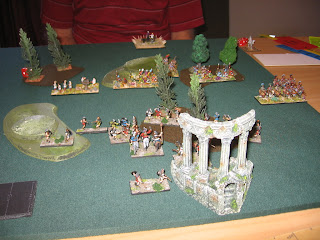 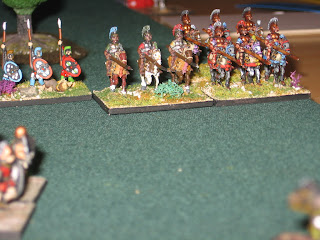 I attempted to delay with my light horse, but these guys didn't last long.

My general supported by a warband ended up defending my flank (and my camp) against the knights. 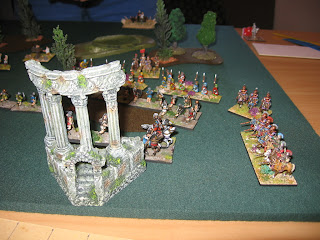 Brian pushed me back to the camp, and a couple of lucky die rolls on the day saved my general, and saw one of his knights destroyed before we had to call time on the game (the format allowed one hour per game). Lucky for me, as given another couple of turns Brian would have taken the victory. 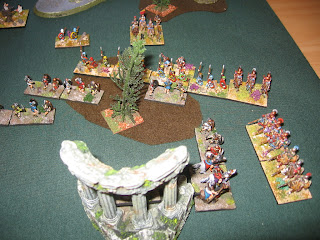 The next game was against Stephen's Numidians. Stephen swooped on my right flank with his light horse while pinning me with his auxilia in the centre. 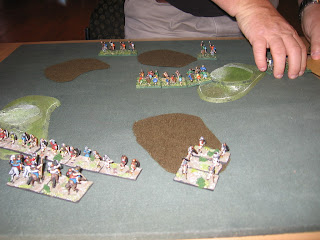 Things were looking dodgy on my right as Stephen cunningly worked around my flank with the light horse supported by a couple of auxilia units. 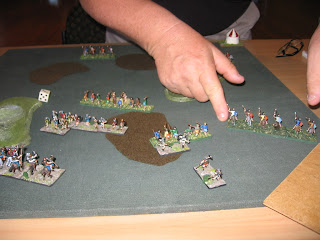 Seeing that the writing would be on the wall if I sat back and continued to cede the initiative to him, I advanced my warband against his auxilia in the centre, and a series of lucky die rolls on my part saw me take out his centre and the game. Frankly this was a case of good luck for me and bad for Stephen as he had totally outmanouvred me as far as I was concerned. We were both a little 'gobsmacked' at the result!! 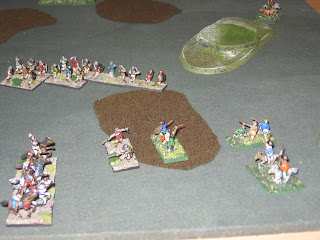 The third game was against Joel's new Lysimachid army. This was tough. Joel organised himself well, and was methodical and careful in how he advanced, trying to make sure that each attack was well organised to maximise the chance of success. 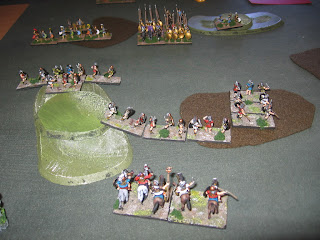 Most of the action took place on the Spanish left where I clung to the steep hill like glue, and effectively fought Joel to a standstill. 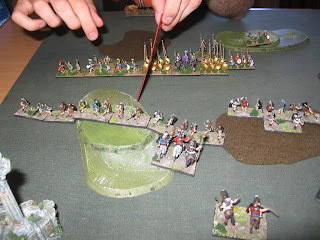 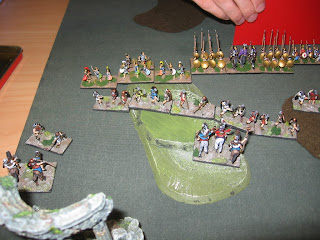 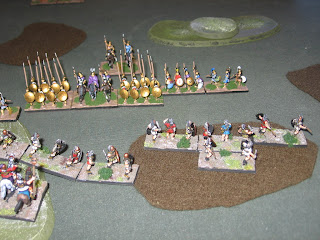 The game ended in a well fought draw.

After my bye round I faced Simon and his Polybians. Again this was a well organised attack against a Spanish defence based on the terrain. 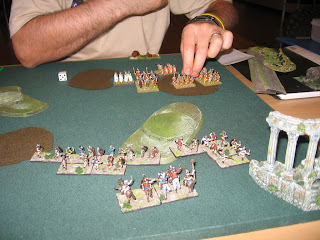 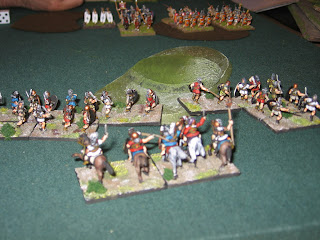 Simon organised himself well and attacked on the Spanish left (his right). 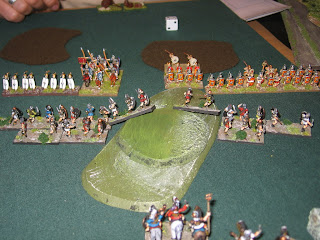 He went in with Spear, and cavalry. That's his general on the right of the picture attacking Spanish warband. 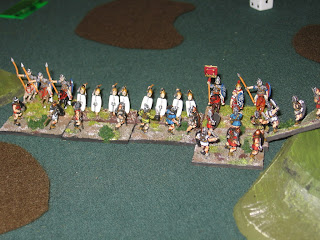 Yet again luck favoured the Spanish, with Simon losing both a spear base and his general in the one turn, giving the Spanish their second victory of the day. Once more we were both surprised .. the outcome wasn't one that had looked likely as Simon organised his attacks. 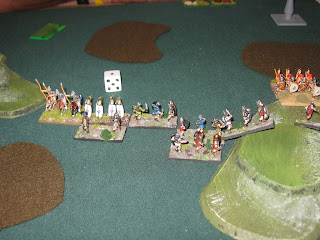 Last game of the day was against Jim and his Ptolemaics. Jim was top of the table and unknown to me I was actually vying for one of the top spots at that stage .. yeah right!! Jim is another player who took his time and organised his attack carefully. 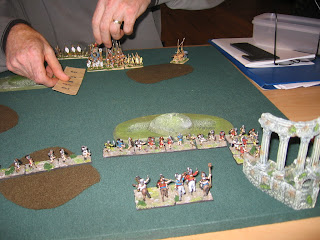 Jim opted to hold in front of my warband on the steep hill, and attack my left flank. 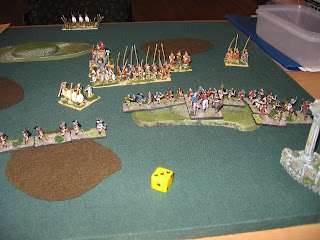 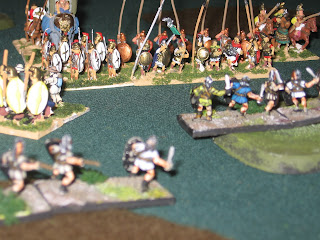 The action around the flank was hard fought, with the initiative in this battle swinging both ways. 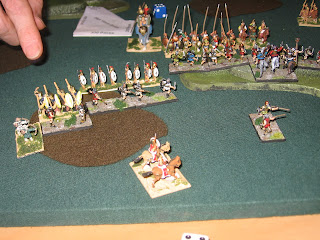 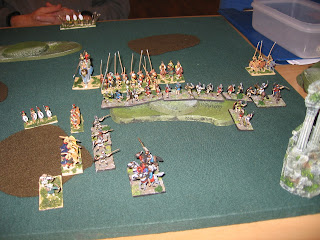 Finally Jim took the game with a series of combat victories on the Spanish left, leaving him the only commander to defeat the Spanish on the day... a well deserved victory on his part, and a fitting end to a fantastic game, and a fantastic day. 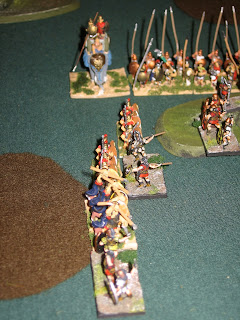 Thanks to the other 8 players for a wonderful day of good hunoured and well fought battles, and to Keith for organising the day.
at January 11, 2011 2 comments: Links to this post