.... evil HotT army has been sitting partly complete for quite some time. Her plan was to have an evil army to match her 'good' Angel army. They have been awaiting basing, and here is the first batch.

A magician (well an evil witch actually), and a Heroine start the army. 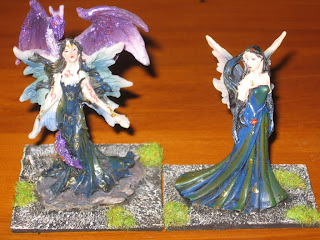 Then there are the 5 bases of beasts, GW Dire Wolves in fact. I had fun painting these for her. The exposed flesh was finished with a purple wash, giving it a nicely cold raw effect. 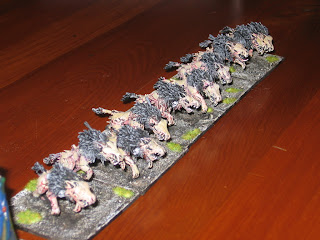 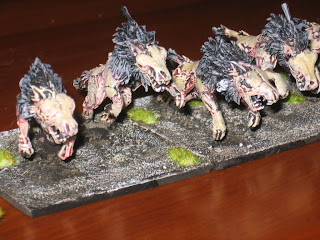 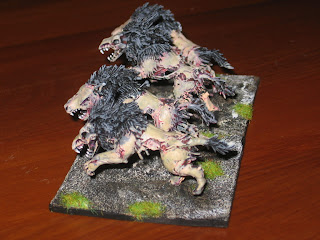 Played a 1944 Spearhead game last night against Keith. We didn't record is photographically, too busy talking, catching up and generally enjoying  the evening. It's been far too long since I played WW2 Spearhead at all (over the last 6  months I think I've managed a couple of Moderns games and maybe two WW1 games), so there was much to remember.

The constant in the 'Spearhead Universe' though is the fantastically multi-dimensional nature of the game that the SH rules system produces. These dimensions range from the issues of planning for time, space and forces at one end, to the layers of weaponry and their capabilities at the other. This latter means that the rules system puts different weapons into their appropriate tasks or functions. A player who fails to understand this, and to think 'multi-dimensionally', is punished while a player who does so is generally rewarded. This makes for one of the most fascinating games I know.

I appreciate that this rules system isn't everyone's 'cup of tea', far be it for me to criticise others' preferences.

For my money that's a fantastic aspect of wargaming; it's a hobby that can be many things to many people, or all things to all people perhaps. There are many rules systems out there in the market place that I dislike, but what I think matters for nothing, all that matters is that those rules systems get more people playing their games, painting miniatures of any kind, and using them on the table while they interact with others. After all, I don't have to like a rules system before it is validated and others can play it. This also means that it's not my place to publicly criticise others' rules preferences. There are others around who might even more positively contribute to our hobby if they adopted that philosophy too in my opinion.

'Live and let live', possibly an odd sentiment for a hobby that is fundamentally about conflict and destruction??? Ah yes, this is a great hobby!!!
at April 24, 2010 1 comment:

Another Volley and Bayonet action, this time set during the Austrian wars of 1859, since Adrian had just finished painting the Italian troops. The battle was fictional, pitting Austrians against a French/Italian force. The figures are 15mm, all painted by Adrian, and the buildings are scratch built by Adrian. This isn't a battle report, just a chance to show off some of Adrian's beautifully painted 15mm armies. 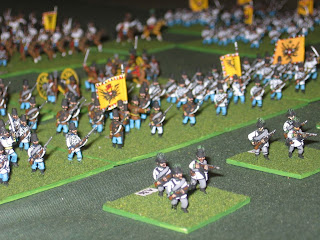 French waiting, dug in in and around a town. 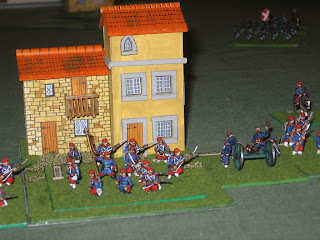 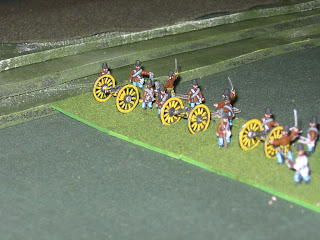 Italians, with artillery, in some  prepared field defences. 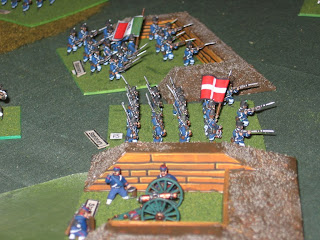 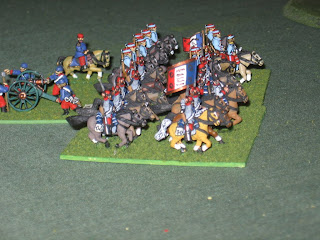 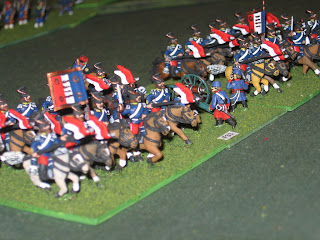 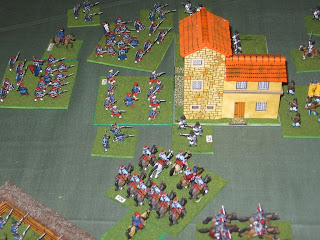 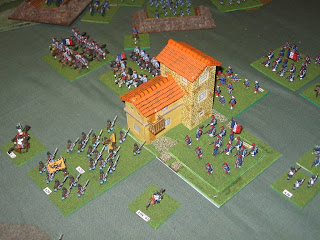 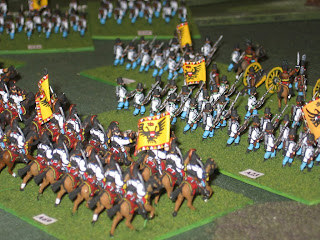 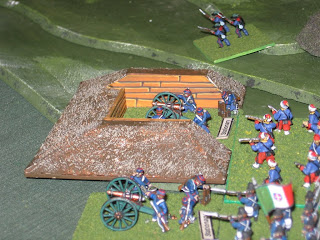 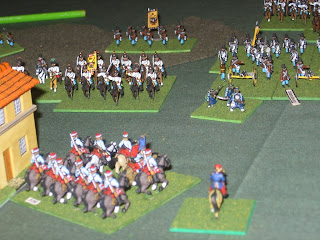