Gaming time is scarce at the moment, but I finally managed a game this week with Adrian. We opted for Kings of War, his Orcs and Goblins against my Dwarves. One of the really great aspects of KoW us that, despite not having played a game this year, it was very simply to pick up again. Having spent far too much time at the start of the evening chatting and catching up, we ended up playing a small 1000 point game.

A small advanced guard of Orcs has renewed attempts at invasion of the Dwarven lands.

A small Dwarven covering force has advanced to try to delay the Orc advance.

I was too slow with the camera, and missed the first couple of turns, so this first photo  was taken when action  had already been joined. The Dwarf organ gun on my right had blown away two Orc units leaving the large gap on the Orc left. 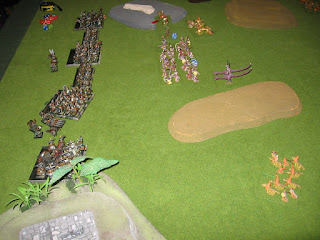 There was still the Goblin horde in the centre. 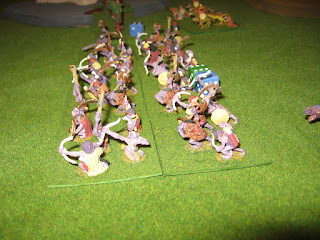 And the Ogres, although shooting managed to cause a 'waver' on their nerve test. 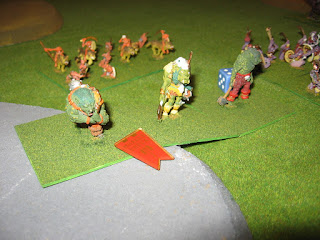 The Dwarf right was looking strong with a unit of Shield breakers supported by the organ gun. 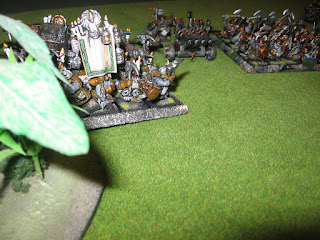 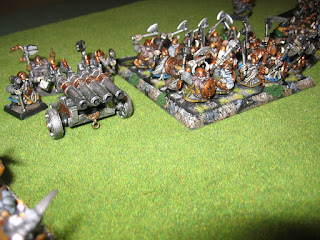 Orc Gore Rider cavalry charged in on the Shieldbreakers. 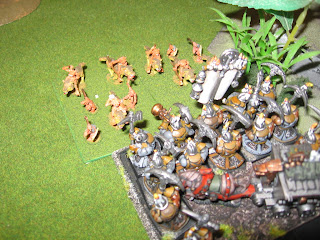 And the Goblin Horde charged into a unit of Dwarf Ironclads. 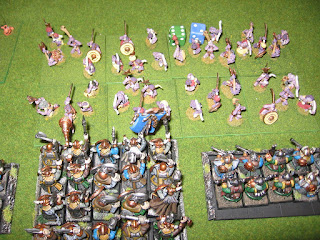 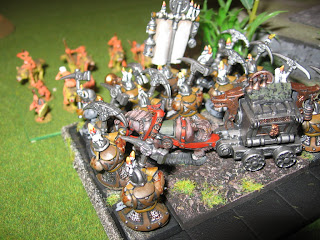 It was very bloody. The Horde and the Gore Riders broke broke, leaving the Orc forces looking decidedly thin on the ground. 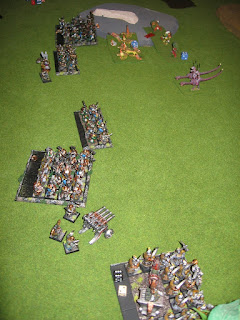 Adrian through his left wing Gore Riders in to a unit of Ironwatch. The Ironwatch stood!! 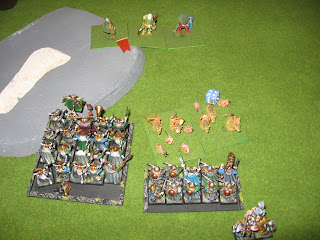 The Trolls had also charged in. The Ironclads stood. 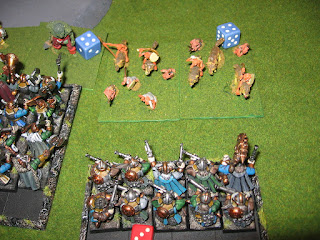 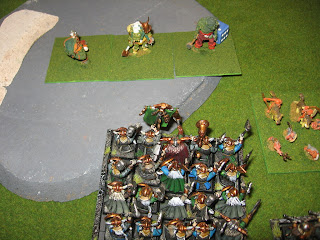 These two fights shoved back and forth, hardly surprising considering they were the only two Orc units left. 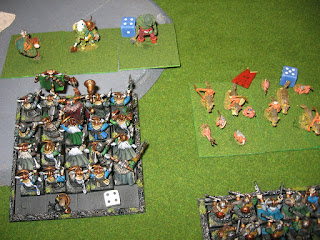 In a desperate effort to swing the battle back in their favour, the Orc general (a Krudger on a slasher) charged in to the other unit of Dwarf Ironwatch. 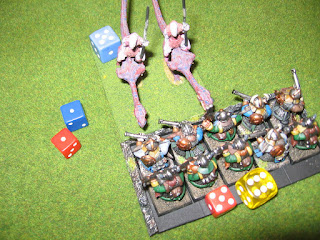 After two rounds of combat the Ironwatch crumbled. 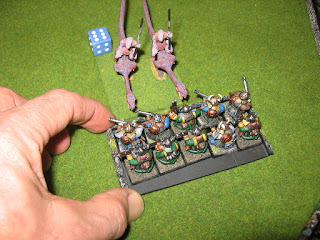 However the Krudger was now taking some serious fire from the organ gun, and decided that discretion was the better part of valour, even for Orcs, and fled the field. 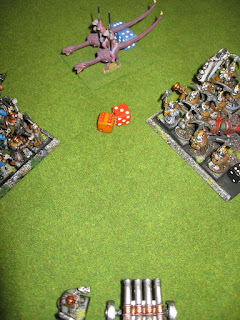