A "quick win" in army building - a French Napoleonic army ...

Hmm, Andy sprung a surprise on me, with his re-purposing of some painted British napoleonic figures for HotT.

It made me realise that I have a heap of painted napoleonics which I'd thought surplus to requirements, having built the VnB armies I now use. So here are some of the figures. 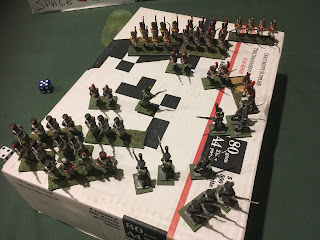 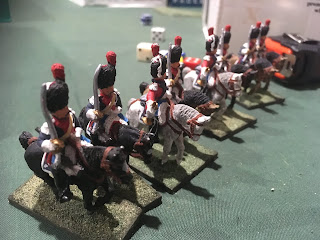 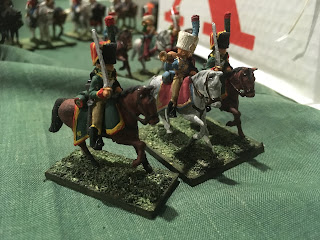 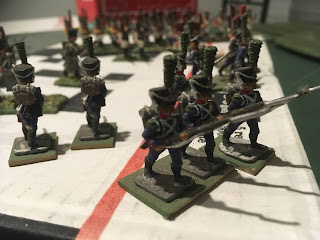 Already based, and deserving of some TLC on the bases, and with the application of some washes, will be eight bases of blades. Ah, those French columns.

Then there are the Legeres which will do as shooters.

And soem Gendarmes of the Guards as knights (there are some Cuirass as well, but they ned horses painted) and soem knights as riders.

I have a spare figures of Napoleon which I'll rebase as a hero, and maybe a spare artillery gun.
And the infantry in greatcoats will suffice as hordes. So, this might be a quick win HotT army to match Andy's British napoleonics. A very colourful combo.

I'll post some photos of the finished product. In the meantime, progress on the Weird World War 1 British has been suspended..  I really am a wargaming butterfly, or a goldfish .. or .. well, you get the idea...
at November 08, 2018 3 comments: