So.. you can now see what happened with those 18pdrs in the face of a steadfast German advance .. it was open range in a target rich environment, but the RHA boys couldn't get the rounds off fast enough.

On the premise that you can never have enough Russian infantry, my latest project: a second Russian Rifle regiment for the 6mm WW2 Spearhead forces. These figures are old Ros Heroics that I bought close to 30 years ago for some project or other (I really can't remember what it was), and they have sat unopened in their bag since then. However as I look to get into some serious WW2 'gaming (mid war Eastern Front) using the Spearhead rules, I realised that I needed a second Rifle Regiment for an Infantry Division attack list under Keith's Scenario Generation System (it might be flash to take Tank Corp lists all the time, but I find it interesting to try something different; this is for a largely infantry force supported by a couple of heavy tank brigades and plenty of artillery - this style suits me, being a table top WW1 general by inclination, with lots of infantry, supported by plenty of artillery organised into a serious fire plan that includes liberal doses of Counter Battery fire etc).

So here is a view of the Regiment complete, just to give an idea of the size of the forces - 33 stands with only the MMG support stands. 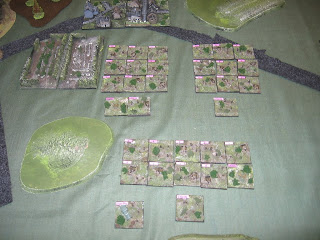 And here is one battalion against a backdrop of 6mm Spearhead town sectors (the buildings seen here were a locally produced product again from way back in the late 70s or early 80s). 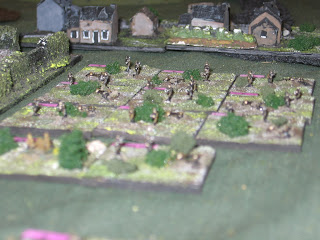 Race for the sea..

Nick and I played a very cool Great War Spearhead game tonight, using the Scenario Generation System. The game was a mutual encounter set in 1914, during the race for the sea after 1st Marne. A full after action report will appear soon on 'The Great Adventure', but here are a couple of photos in the meantime.

These boys made it hard for the BEF. 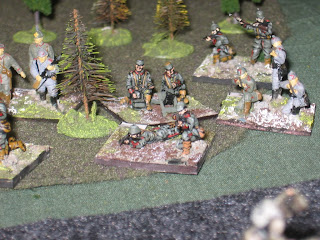 And it was a hot day for these boys... 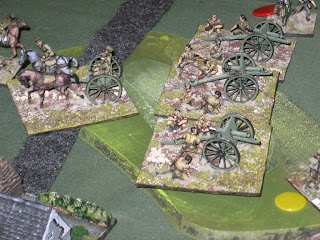