Having been collecting armies sine the early 1970s, I like to be able to repurpose armies rather than dispose of figures often lovingly collected and painstakingly painted. I have a reasonable sized Early Imperial Roman army collected for DBM. It has sat unused since the late 90's. So, I thought, why not repurpose it as a Kingdoms of Men army for Kings of War? No rebasing required (although regiments would be slightly wider than the prescribed base width, it still tends to work out.

Andy brought along his own almost completed Kingdoms of Men army (in the style of Medieval - or old school GW Brettonian), and my EIRs came out of their boxes for the first time in a very long time .. the figures were walking clutching white canes, so long has it been since they saw daylight!!! Adrian and I commanded the Romans.. this was as much about good fellowship as it was about the game.


The Roman cavalry on the left were despatched very promptly by the medieval knights .. ouch 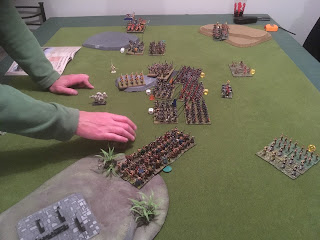 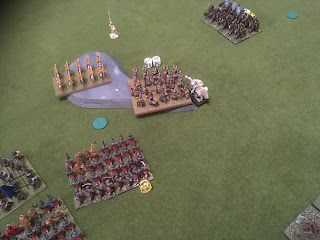 But what a thoroughly enjoyable evening of gaming... great to get those Romans out on the table again. There were Minifigs Legionaries from the 1980s, Airfix Roman eastern archers from the 1970s and Foundry legionaries for the 90s.. a very eclectic mix of figures...
at August 06, 2017 3 comments:

In December last year I bought the Mantic 'Armies of Dust' army set. I've always liked skeleton armies in the fantasy genre, especially the 'Egyptian' style armies. There was huge anticipation, and in February I started on the first figures - the spear. Why so long? The box set hadn't been packed properly and was lacking quite a few key packs of parts. I found the project hard going from the beginning..  the new metal torsos didn't fit the plastic lower bodies, and most had to be individually fitted. The superglue I was using wouldn't seem to hold the body parts together (that may have been an environmental issue.. too hot, or too cold, .. or ..) so I had to use a contact adhesive to hold them.

I also decides to use a white (well, ivory) undercoat instead of my more usual black, and was surprised how it has taken me a while to get my head around the difference this made to painting demands and style. The figures were block painted over the white, and then given a black wash.

In Kings of War, regiments are normally composed of 20 figures, and I based the first 20 spear on that basis, but the figures looked far too dense. I took a closer look at the multi basing that has taken off within the KoW community. It reduces the number of figures on a base. I opted for 10 per base, which meant that instead of two regiments I had enough figures for four. I took the first 20 off their base, and rebased back to 10. I prefer the 'multi base' look.

It's been hard to keep the motivation going. Finally today the fruits of nearly 6 months of work. 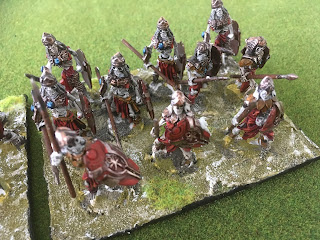 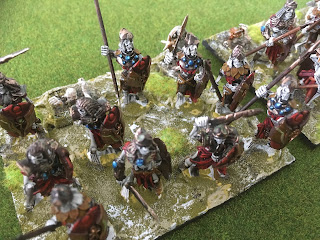 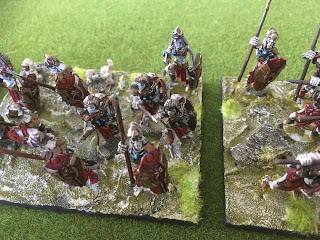 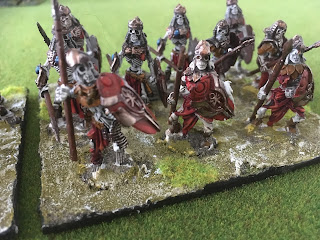 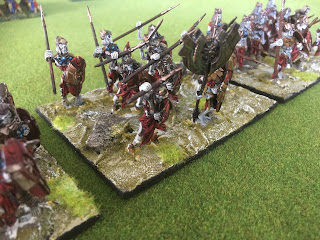 I've actually managed a few games this past few weeks, but back into work mode have struggled to find the time to post anything. Three weeks ago we got to Dunedin (for a conference) but I managed to fit in a couple of HotT games with Nick. We used the Lost Worlds and Chaos armies.  In this first game I commanded Chaos, and Nick commanded the Lost Worlds. An array of photos form the first game in which Chaos won. We then swapped armies for a second game.. Chaos won again. So for Nick and I honour was satisfied. 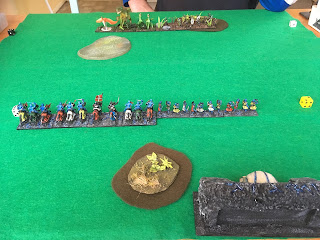 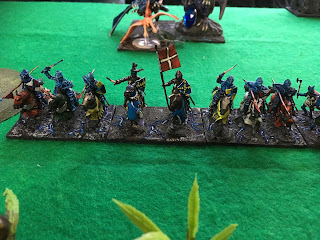 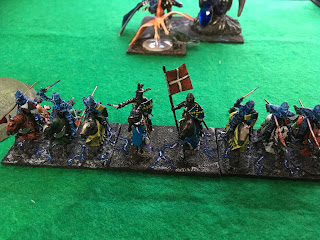 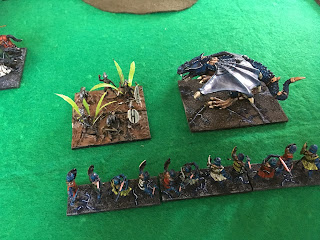 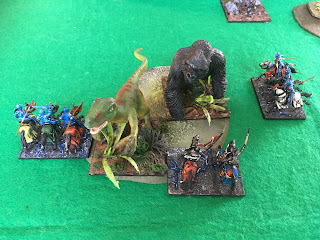 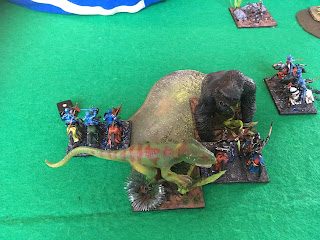 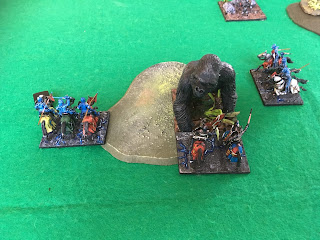 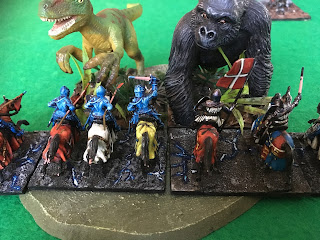 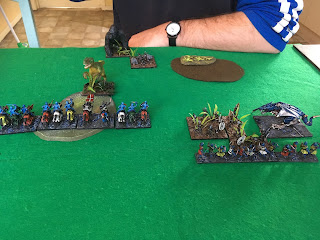 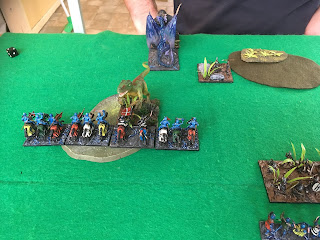 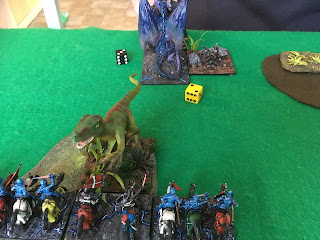 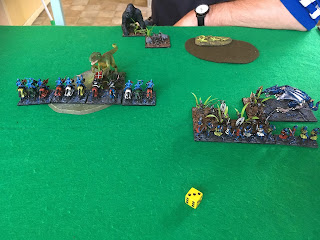 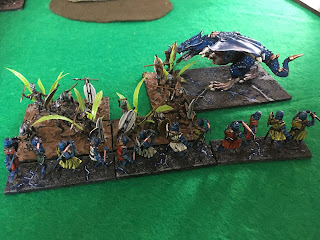 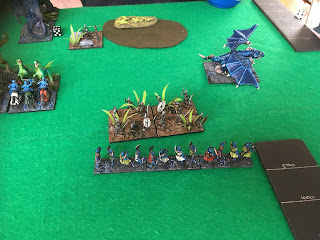 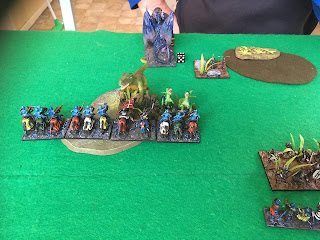 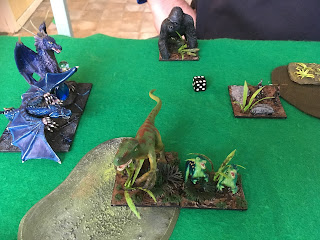 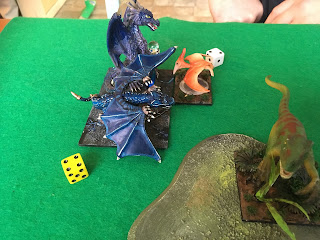 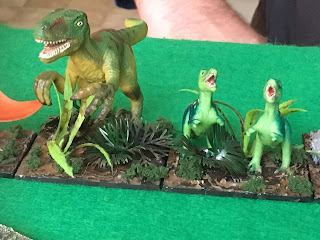 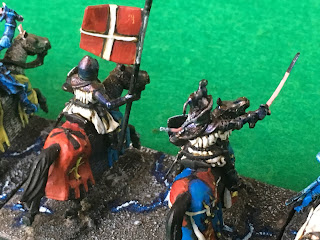 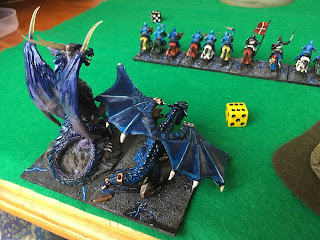 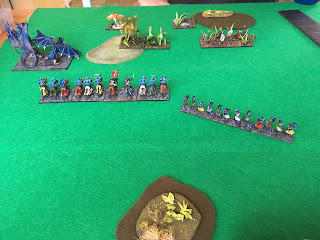 Propoganda efforts fail in the face of British pluck and courage

In the face of the deleterious output of the Nazi propaganda machine, and the flights of fancy of Herr Goebbels following the steadfast actions of our troops in France, actions that saw the Nazi war machine stopped in its literal and metaphorical tracks, the Prime Minister today said this in parliament:


And even as he spoke, British industry stepped forth to deliver it's own speech in the best of British traditions where actions speak louder than words: 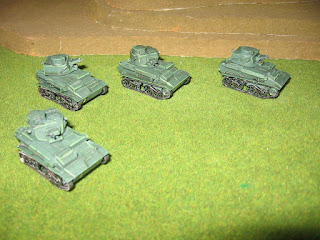 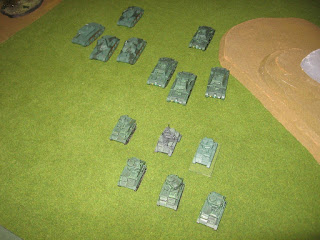