These boys are keen. Having shown them what is possible with Crossfire and Spearhead, this week it was 'how to play fantasy games without spending $600. So nI brought along four HotT (Hordes of the Things) armies to give them a taste for the game system, and an eye for what can be done with very little outlay. One of the boys had previously played HotT, and so had set out to create a 'greeblie (honestly, it's the only word that comes to mind) army using modelling clay.

The used the 'greeblies, and my spiders, VSF, and Lost Worlds armies. Some general views. 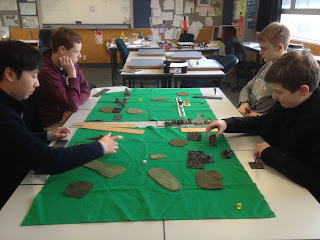 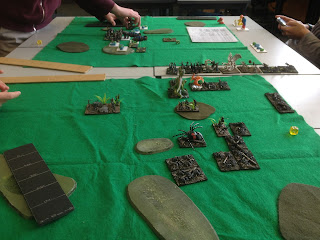 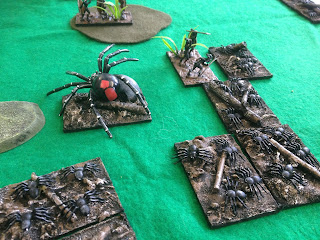 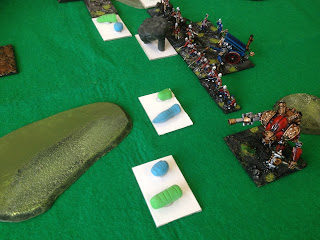 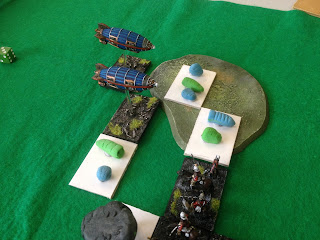 They loved the games system and the army building potential. We are heading towards a 12 hour 'paint-a-thon', the goal of which is to teach them how to paint, and get them well down the path to creating their own armies. They now have several choices, and it would be fair to say that several of them are torn between WW2 and Fantasy.
at August 09, 2015