I have always enjoyed the renaissance period, and have variously played it with the original WRG George Gush rules, then DBR and finally Armati. I enjoy both the latter rules sets, and last night was able to begin re-acquainting myself with DBR as Keith offered to pop around and coach me through a first game.

I currently have a 15mm Royalist ECW army, and have most of the figures for an Ottoman army. I will be bringing that army forward on the painting schedule, so it may well appear on the painting table soon. The Royalists found themselves pitted against their old Parliamentarian foes. Just a fe photos to set the scene.. I didn't photograph the whole encounter as I was a little too focussed on getting my head around the rules again. 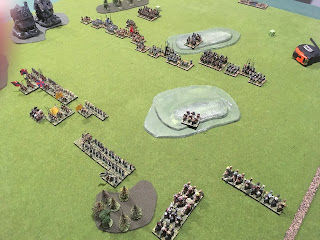 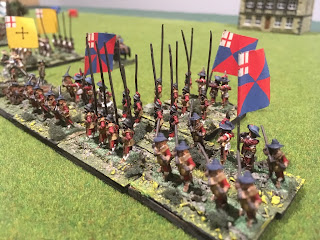 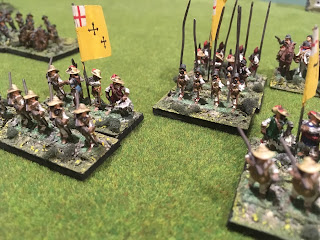 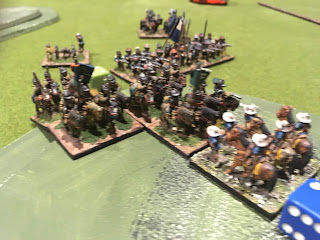 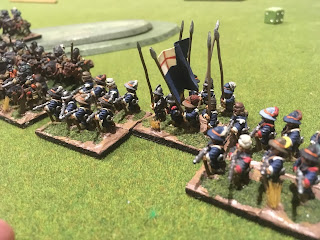 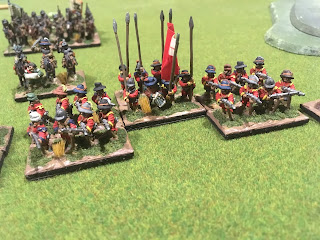 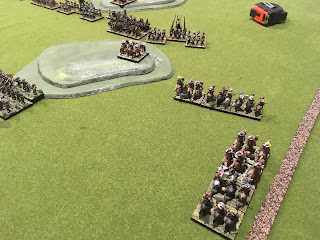 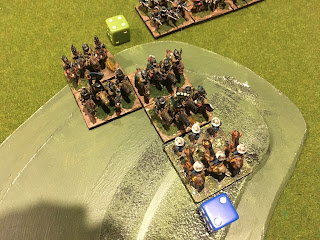