Never fight beasts with .. an army that is mostly bones... a HotT AAR

It's Christmas break, and Nick is visiting from Dunedin. We need no excuse for some HotT action, so out come the armies. We choose Lost Worlds, and Undead.

The Undead were defending. 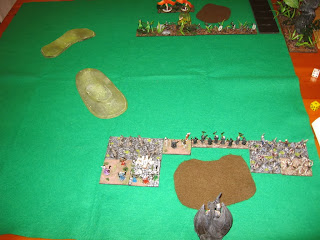 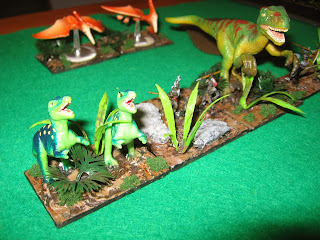 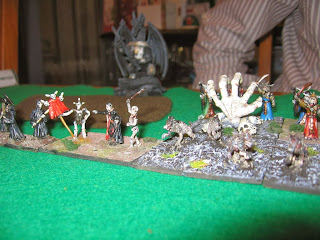 Both forces advance, Nick pushed his pterodactyl flyers out onto his right flank, with clear intent. 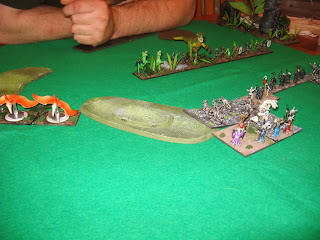 The Pterodactyl flyers get into the rear of the main Undead line as the Undead line advances into contact with the Lost Worlds battle line. The Undead necromancers attempt to destroy the LW witch doctors, but the magic backfires, and one of the Undead Necromancers is ensorcelled (the frog in the foreground). 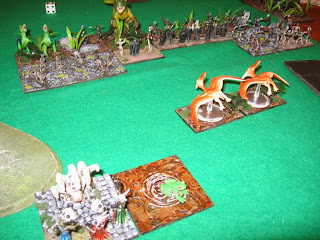 Early signs are not good for the Undead. One stand of blades dies to a fanatical warband. The remainder of the LW line is pushed back. 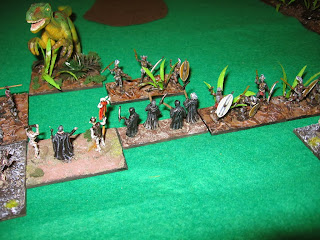 Nick pushes his LW line back into contact, hitting it simultaneously from the rear with his flyers. At this stage I'm thinking that this may not end well. 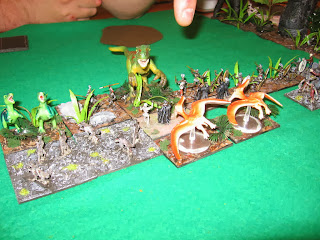 The Undead Vampire Count pushes the behemoth back, but the second stand of blades is killed by the warband. 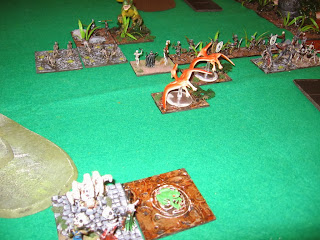 I attack Nick's witch doctors with the beasts, expecting a good result - I'm on his flank... nope, he recoils me, and.. 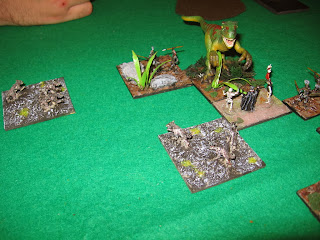 .. goes back in again on the Vampire Count. A 1 and a 6, and it's all over... the undead forces disappear before the very eyes of the LW tribes. And the great Ape God never showed. 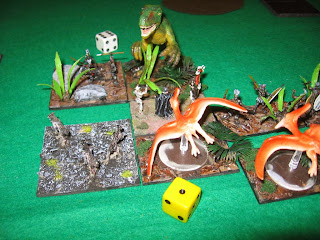 An awesome game .. lots of those cinematic moments, and damned good fun.
at December 27, 2013