Damn.. the excited buzz of another project

Sometimes I want to share my enthusiasm for a new project, and any war gamer reading this will know what that feels like. How many of you have been part way through a project only to find your attention taken away in the excited buzz of some new period or rules set? Come on , own up.. I know that's probably almost all of you!!!!So I wrote in my first blog on this blog site, thinking that any new project would be a long way off for me.

Then this little fellow happened along: 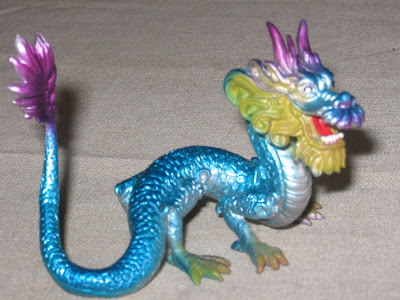 A cute little wingless Chinese dragon, on sale in a large book store. You see, for quite some time I have harbored secret desires to try some fantasy war games, and for that purpose I'd bought a copy of the HotT (Hordes of the Things) rules.

A few days after the "dragon incident" I happened to be in a pet shop wandering amongst the aquarium accessories while my wife went about her business of buying two budgies for her aviary - notice how I claimed the moral high ground there, just in case Lorraine reads this). Now this looked to me like a very nice Stronghold. 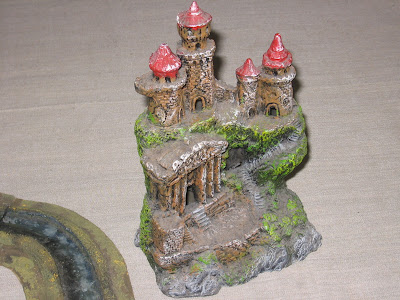 Damn.... here am I up to my eyeballs in 6mm figures for 'The Guns of August', not to mention 6mm buildings, trees and hills, when.... yup, you guessed it.. this new project is now taking shape in my head.

Well actually a little more than that, there's this dragon and a stronghold, now joined by a box of the Caesar Ch'in Chinese and some Assyrian heavy chariots (easy conversions to Chinese chariots.. Knights under the HotT rules).

Oh, and there's this other dragon, you see.. it just popped into my hand in a "$2 Shop" .. magnificent wings, just needing an inspiring paint job, poor little guy (and no, I don't have a thing for dragons, they appear to be pretty unreliable under the HotT rules, but hey.. who could turn their backs on such a cute little guy).

Isn't this the wargamer's lot? It doesn't matter how many figures and armies we have, there's always another project that captures the imagination.

Diversity - a day at our war games club

I don't get down to our war games club very often (well actually we have several, but this is the one that I tend to frequent - might have something to do with the fact that I helped found it 37 years ago, but that's another (and not very interesting) story). What's more, most of my on line ramblings tend to focus on Great War Spearhead, but I play a number of other periods and rules sets as well.
So my son and I agreed to meet up at the club and play some DBA games. (I used to play DBM, but frankly sickened of the attitudes that I seemed to meet all too often, and life's too short to spend my hobby time with that nonsense). These days I play the Spearhead family of games, Volley and Bayonet (my all time favourite rules set), a little Warhammer 40K, and some games using DBA and Armati rules. I am also very attracted to the HoTT rules, and recently proposed a Winter HoTT tournament in mid July (yes that's when we have winter here in the southern hemisphere). You see, I bought this really wonderful looking Chinese wingless dragon very cheaply in a sale, and thought "I know exactly what this would be good for". I might post some more on this later though.
However we war gamers are an incredibly diverse group of people, and a jolly good job it is to. I was impressed with the range of games in progress at the club, so thought I'd just pop some random shots I took onto this blog. The commentary is all at the start: I really haven't got my head around this blogging software yet, and my text and images have jumbled up . I need  a training course, with no tea breaks (otherwise I'll need to retrain again!!).
First up was a colonial game played in 15mm using an adaptation of Volley and Bayonet. The adaptations were written by Adrian Powell, whose figures you see here. The river gunboat really is as good as it looks here.. superb stuff. Seen here also are a Warhammer fantasy game (I really love the paint jobs these guys produce.. inspiring stuff)
There was a DBR game (DBR is undergoing a resurgence here in Christchurch, as a result of Keith McNelly's enthusiasm, and requests or a few games. Well done Keith!!!)
Keith himself was playing a DBMM trial game.
There was a WW1 naval game using the newest edition of General Quarters (I remember re-fighting Jutland in 1987, in 1/3000th scale, using the original GQ rules... eee, by gum .. those were the days!!!, but you try telling young people o't today that!!)
There were a few Warhammer 40K games (here Necrons are fighting Space Marines), and of course, my reason for being there, our DBA games.
The last two photos show my son's newly completed Persians (these are HaT and Zvezda 20mm plastics) fighting against Macedonians. I've clearly taught him  too well.. he makes my own painting look somewhat pedestrian... his figures look great!!! By the way, the four horse chariot really didn't do too well in either game we played.. expendable indeed!!!.. but I think it is so emblematic of Persians, I'm please he decided to use it on the table.. it really did look the part.
Now I have no idea if this is typical of the gaming diversity that this club sees regularly (I generally manage to get down there a mere 3 or 4 times a year), but I thought what I saw was pretty cool, maintaining interest and enthusiasm... healthy indeed for the hobby. Yes, diversity is a wonderful thing. 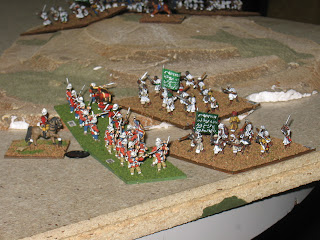 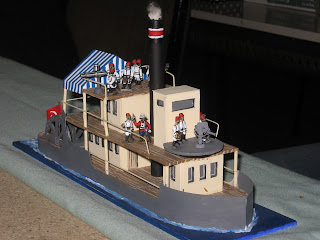 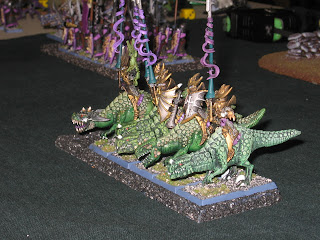 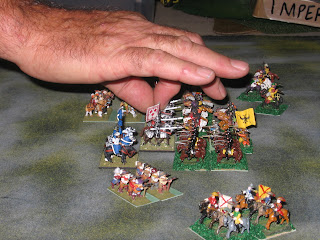 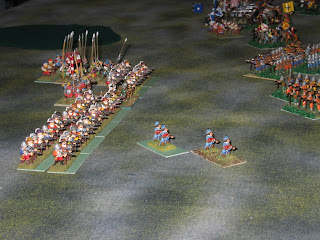 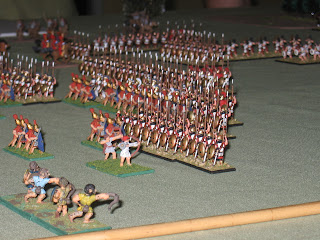 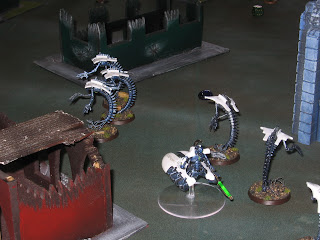 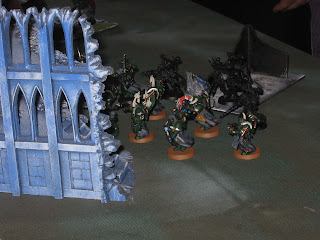 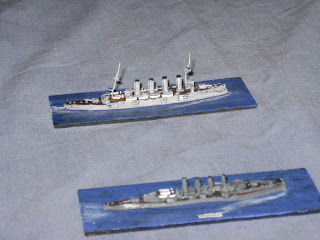 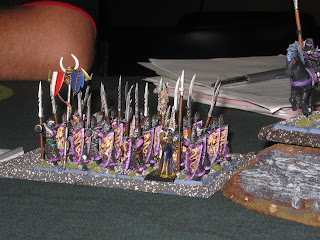 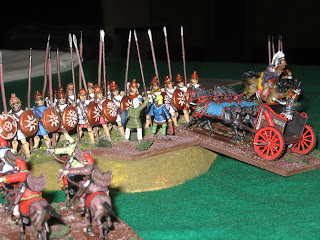 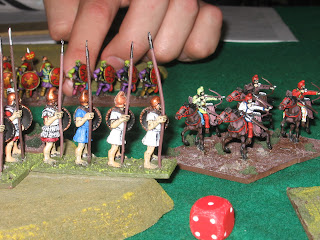