The Anglo Sikh Wars are a new sub-period for us, an application of our ever faithful Volley and Bayonet rules. The period is one that Adrian has been beavering away at for a little while, and so this was the first outing of yet another two beautifully painted 15mm armies on the Friday night table top.

This image from the web site 'Second Anglo Sikh War' gives an artist's impression of warfare on the Infian Sun continent during this confict. See if our game photos create anything quite like this.. 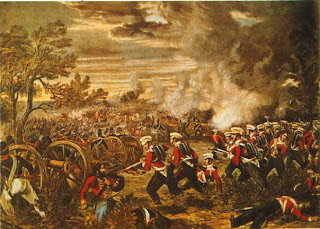 Adrian had thought through a few modifications to the VnB rules to cater for this sub-period and so, with modifications and armies in hand, it was indeed 'game on'!!

Rather than give a blow by blow account, here are a few photos from the game, and comment on a couple of notable events. 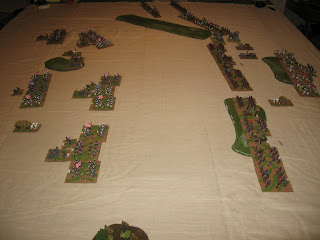 The British were attacking and stormed forward. 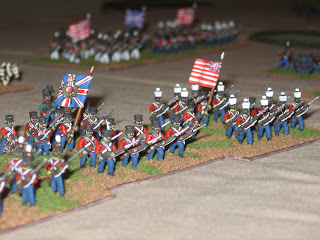 Included in the British forces were the elite 17th Lancers (M7!!) and a unit of Indian cavalry (who were no slugs themselves, I hasten to add). 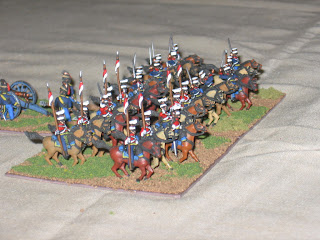 The Sikh forces included General mounted on elephant, and a couple of war elephants. 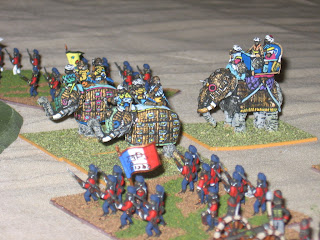 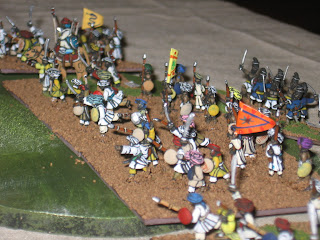 ... and a couple of rocket batteries.. here is one attached to the Sikh cavalry. 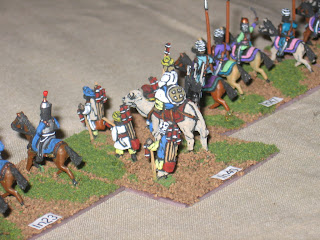 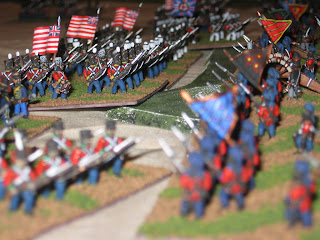 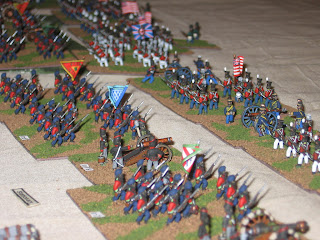 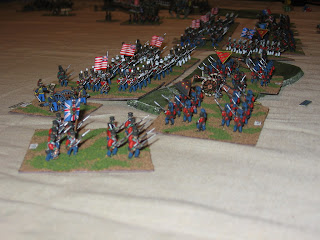 In the centre an intense firefight developed. 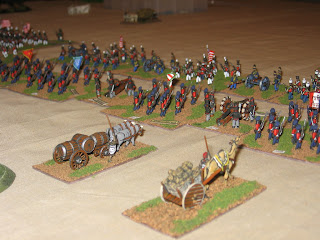 A Sikh cavalry attack against their Indian counterparts was foiled, and then the Sikh cavalry division driven into exhaustion in two quick turns of combat!! 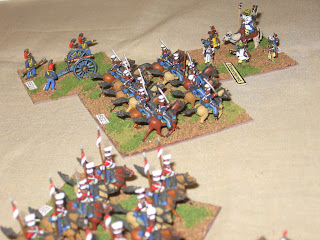 The Sikh calary division failed it's exhaustion check, and so became a sitting duck for the British cavalry to pick off at will. 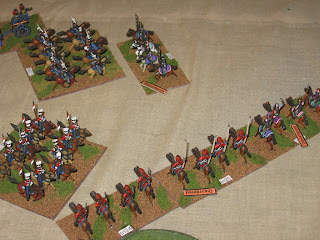 The British infantry broke through the centre and attacked the warriors waiting behind. 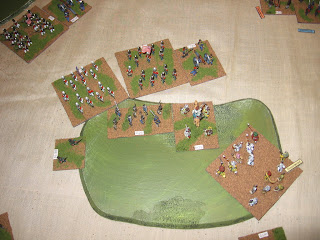 The elite Sikh fanatics were attacked by British infantry with Shock (bad timing on my part) .. not pretty .. 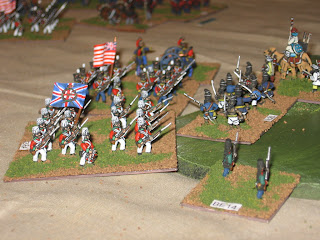 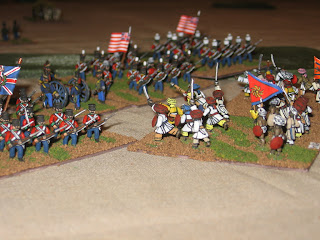 And it was all over.

A fascinating introduction to a brand new sub period. We will be play testing the rules modifications a little more (we weren't sure that things panned out quite as they should, but it was still a great game).
at May 28, 2011 2 comments: