A bit tall for Dwarves?

These guys have sat on the painting table for a wee while now (work keeps getting in the way of my 'gaming.. what's that all about??).. Empire Pistolliers, to be deployed as 'Dogs of war' with my Dwarves. This means of course that they take one of the 'Rare' choices from the army book. So, finally they are completed, and now onto the Dwarf miners... it's no doubt as plain as the nose on your face what sort of tactics I imagine myself using with the Dwarfs... at the moment there isn't a cannon to be seen.. I'll probably be a slow learner..

The horses are all bays, hence the black mains and tails (painted in honour of my daughter's beautiful bay mare 'Rata'). I also avoided a lot of the 'fancy extras' from the Pistollier sprues.. these guys are mercenaries, they are paid to fight dirty, not look good!!! Not a feather to be seen atop a single helm!! 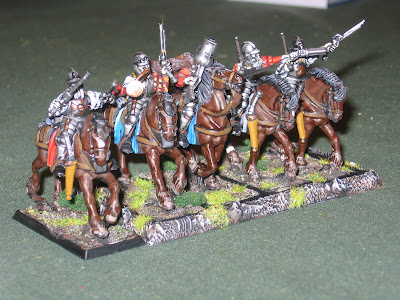 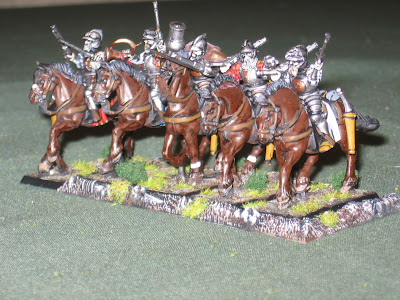 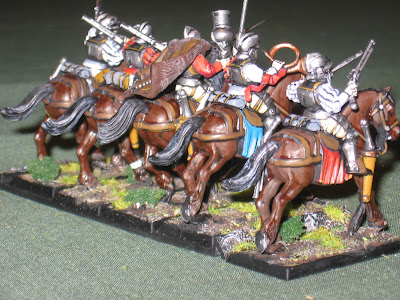 Four of us got together the other night for a few HotT games. My Tomb Kings troops had their first ever outing, fighting against a Mountain Indian force. The Tomb Kings were composed of:
1 x Hero general
1 x magician
1 x behemoth
4 x spear
2 x blade

The Indians began by moving into the difficult going to their front, staying there for quite some time, while the magician, hero and blade general, deployed on their left flank, moved onto some high ground... a fairly defensive start to the battle.

The undead pivoted around their right flank, swinging around to confront the Indian forces. 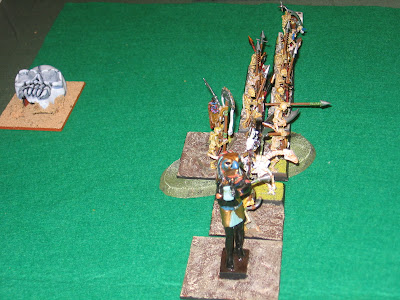 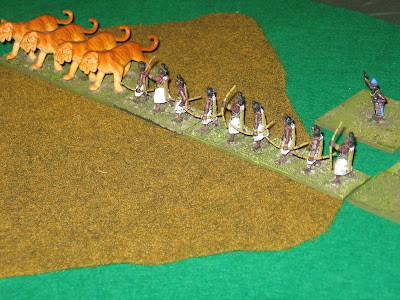 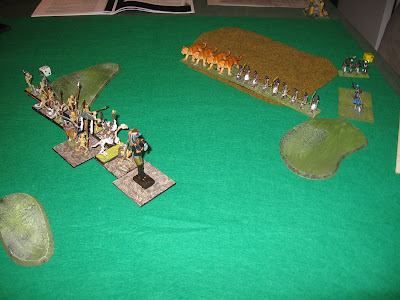 The Tomb Kings hero general then moved to threaten the Indian left, taking the behemoth and the magician. Action on this flank soon hotted up, with the TK magician casting a flurry of magic that ensorcelled the Indian hero. 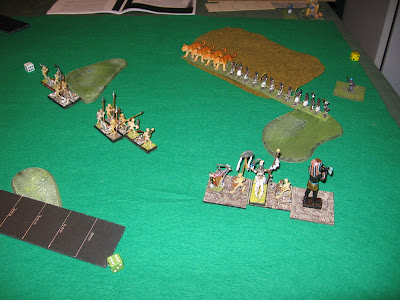 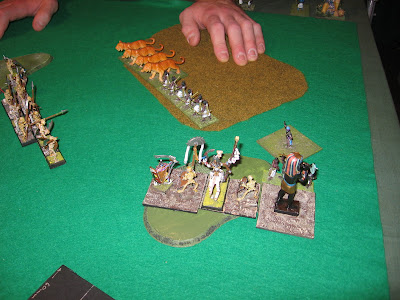 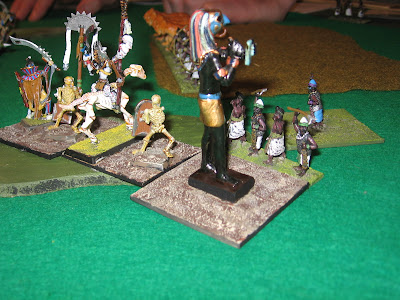 Finally the battle lines met as the Indians came out of the shrubbery. The beasts gave the TKs a hard time, killing the blade holding the TK left flank, but the shooters didn't stand up too well to the spears and blades. 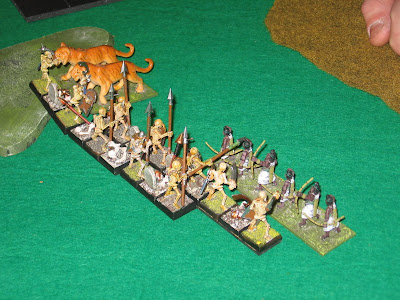 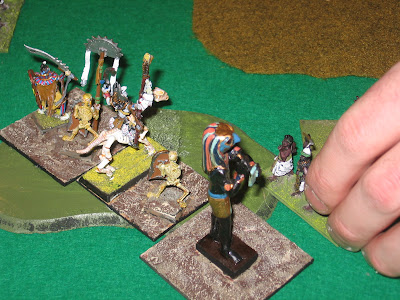 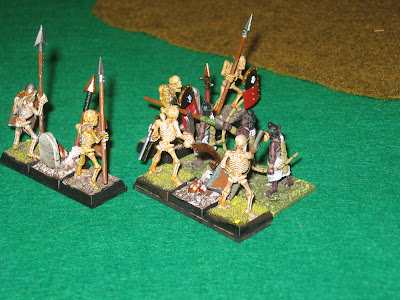 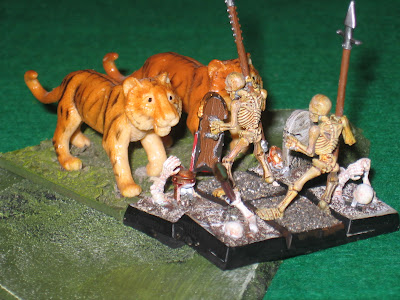 Friends Nick and Adrian also managed a couple of games during the evening, and you can find reports of their action on Nick's blog.
at June 07, 2009 3 comments: