They were back! Across the valley - another human horde, apparently intent on destroying the Dwarf hold. Well, if that was what they wanted, the Dwarves were only too willing to offer battle; after all there was the large matter of the grudge borne of the earlier Human invasion.

This was our second 'Kings of War' game (Mantic Games), a 'Kill' scenario. The Dwarves deployed much more tightly than previously, wary of the Humamn heavy cavalry that had been so devastating when last they had met on the field of battle. Their battle line was enhanced by more artillery, and the army's special standard bearer had come to support the army. Meanwhile the Humans had recruited some of their border Pistolliers to support them. 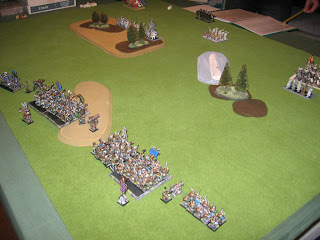 The Dwarf general did push some of his key units forward in response to some annoying archery fire from the woods to their front (but realised his error, and eventaully withdrew them back to the battle line). 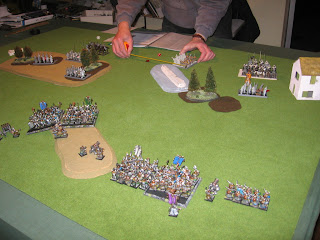 The Pistolliers sat tucked behind the Human centre, looking for opportunities. 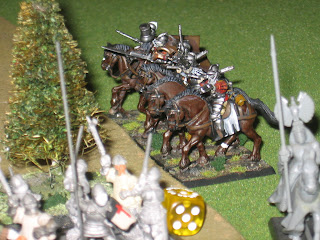 Meanwhile a unit of Knights had swung onto the Dwarf left flank, and attacked a badly deployed unit of Berserkers who had been softened up with archery fire. 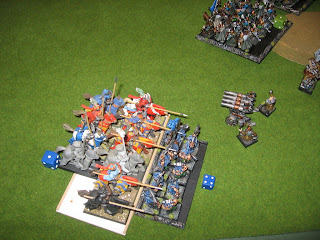 After initally bouncing back, the knights went in a second time and routed the Berserkers. 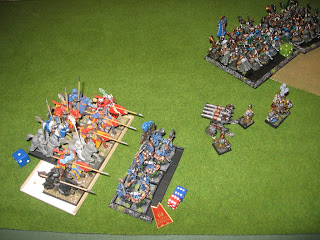 They then rolled on into the Dwarf Organ gun battery.. this was going to make someone's eyes water!!! 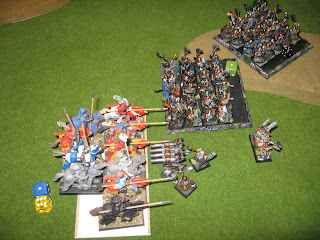 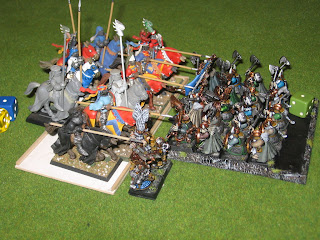 Meanwhile the Human Pistolliers had pushed forward into the centre and, after inflicting some casualties on an Ironclad Regiment,  were eliminated by a devastating cross-fire. 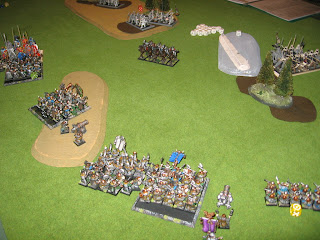 It took a couple of turns but the Knights on the Dwarf left couldn't take the casualties, and fled the field. 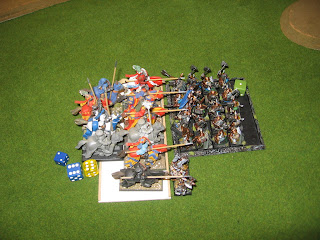 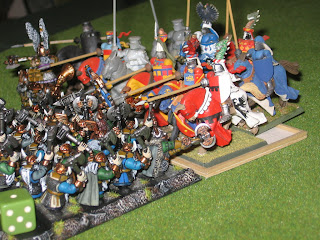 On the other flank, the other unit of Knights hit a Dwarven Ironwatch Regiment, and it should have been all over. 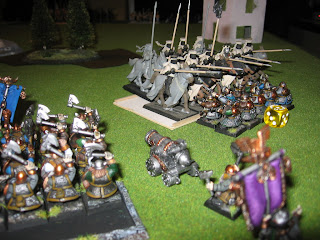 The Knights were then hit in the flank by an Ironclad Horde.. it bounced off the first time, but finally destroyed the Knight regiment, and the field belonged to the Dwarves. 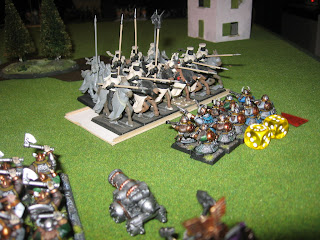 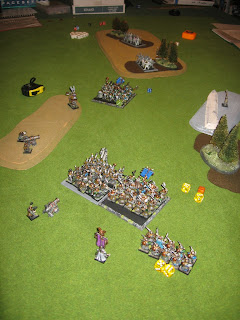 And so it was that at least some of the grudge had been paid off.