'Cos I could - a sea of stunts


Or a gaggle of Grots ...  I've always had a slightly perverse fascination with collective nouns...

So, because I could, and because I didn't the other evening, here is a photo of the Grots/Stunts completed.

There are 38 Grots, with two bosses (runt hearders in 40K terms). I just thought a sea of Grots might look cool.. of course you may not agree..

In Warpath terms that's two units of 20 (19 Stunts plus a boss). In 40K terms it might be a single unit, or a couple of smaller units.. in a saying credited to Joseph Stalin (apparently) "quantity has a quality of its own". Why doid I pain tthem? Simply because I had them, and I'm trying to tid up those outstanding packs of unpainted figures.. bought them 2nd hand at a convention 'bring & buy' a number of years ago. Sadly I've just added a pile more figures... 'the force is strong with this one'. 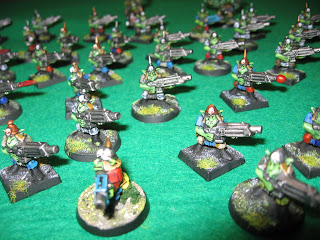 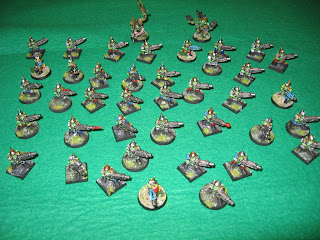 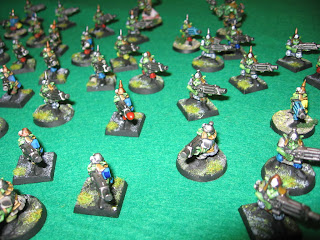