Several years ago I bought some GW Tomb Kings figures from a young man who had made a brief foray into Warhammer Fantasy, seduced no doubt by the Citadel beautiful figures. I had full intentions of completing a WHF Tomb Kings army (having been the victim of the same hobby seduction), but realised that this wasn't really going to be a realistic objective. So I was left with quite a few infantry skeletons, a carrion, some Tomb Swarms, and a couple of Liche priests. I'd also bought a couple of delightful wooden Egyptian figures, intending that they would become some nice scenery,

Well... you've guessed it, I could hardly leave these figures languishing in a box, they have been transformed into my newest HotT army of Tomb Kings. There ae plenty of figures, so you se below more than 24 army points.

The army composition is:

That's 34 army points, so there are plenty of options. This army will be different from any of the others I have completed so far, with its Spear and Blade bases. 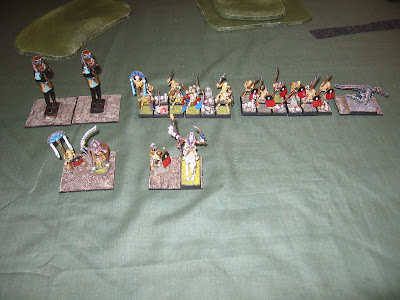 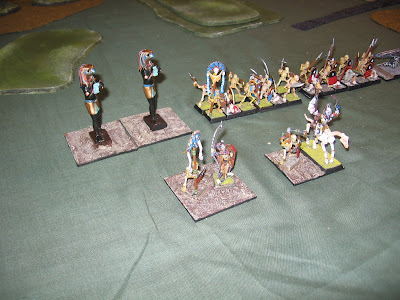 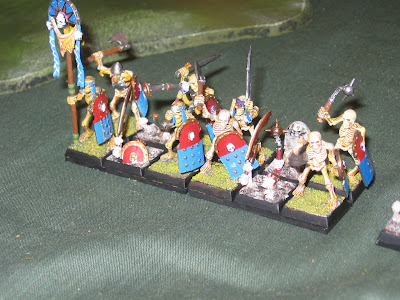 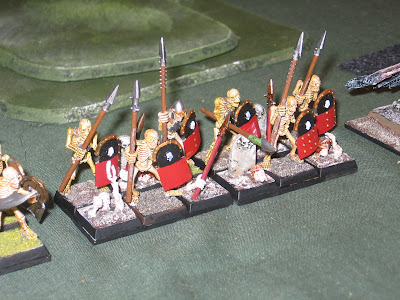 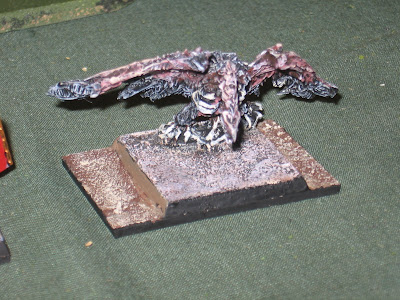 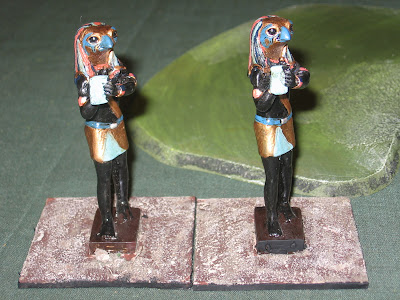