Three weeks, that's not bad. Three weeks to finish the basic foot elements for the HotT 20mm Orc army. The entire foot component of the army has been made from a single box of 'Dark Alliance' Orcs (Set 3).

It's been a while since we had played Armati, so Adrian and I managed a game of ancients, pitching Egyptians against Hittites, reliving old enmities. These are both Adrian's armies, as usual in 15mm. By Adrian's admission, the figures are old and the Egyptians are showing their age with a little metal rot having broken a few small pieces. However to me they look great. I won't offer the more usual AAR, just a few photos to enjoy. 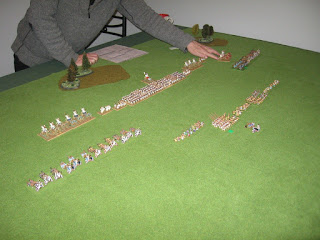 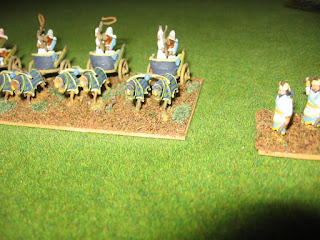 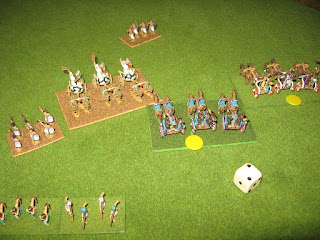 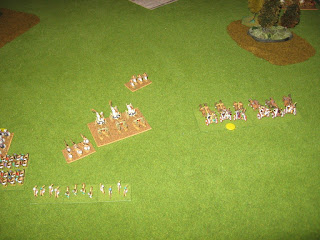 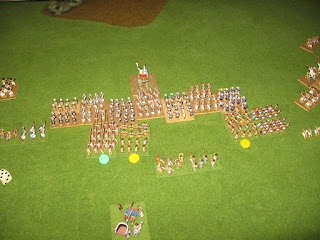 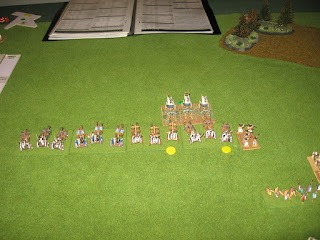 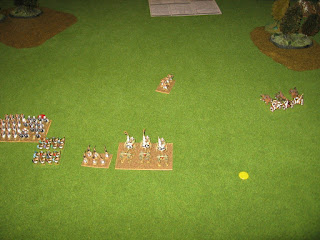 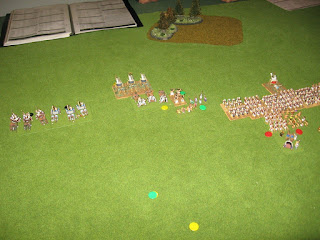 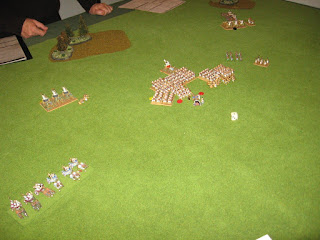 The game was an Egyptian victory. I had mis managed the organisation of the Hittites, leaving the chariots in too large units too large to allow maneuver. This deprived me of the use of the Hittite superiority in chariots.