There's something about a parcel ..

You know, there's something about a parcel arriving in the mail. Unexpected parcels are pretty cool, but so too are parcels that you have ordered. The anticipation builds as you count off the days until likely arrival, and then check the letterbox expectantly each day. The advent of email, Facebook, Pinterest and the general plethora of other electronic media has already signalled the demise of traditional snail-mail post, but parcels will always need that physical delivery. So when this little beauty arrived today, the pulse sped up just that little bit. I don't know about you, but I like to prolong the anticipation a little, so I put the box on the dining room table while I finished what I was doing, and only then took the scissors to the sealing tape to check out the contents. 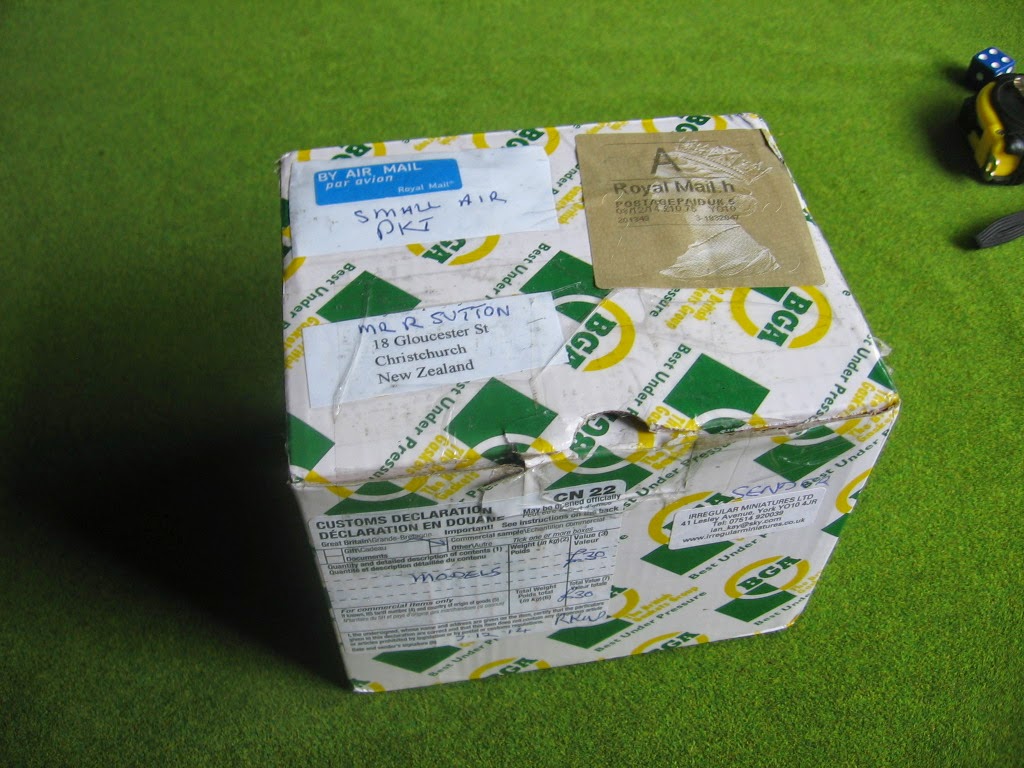 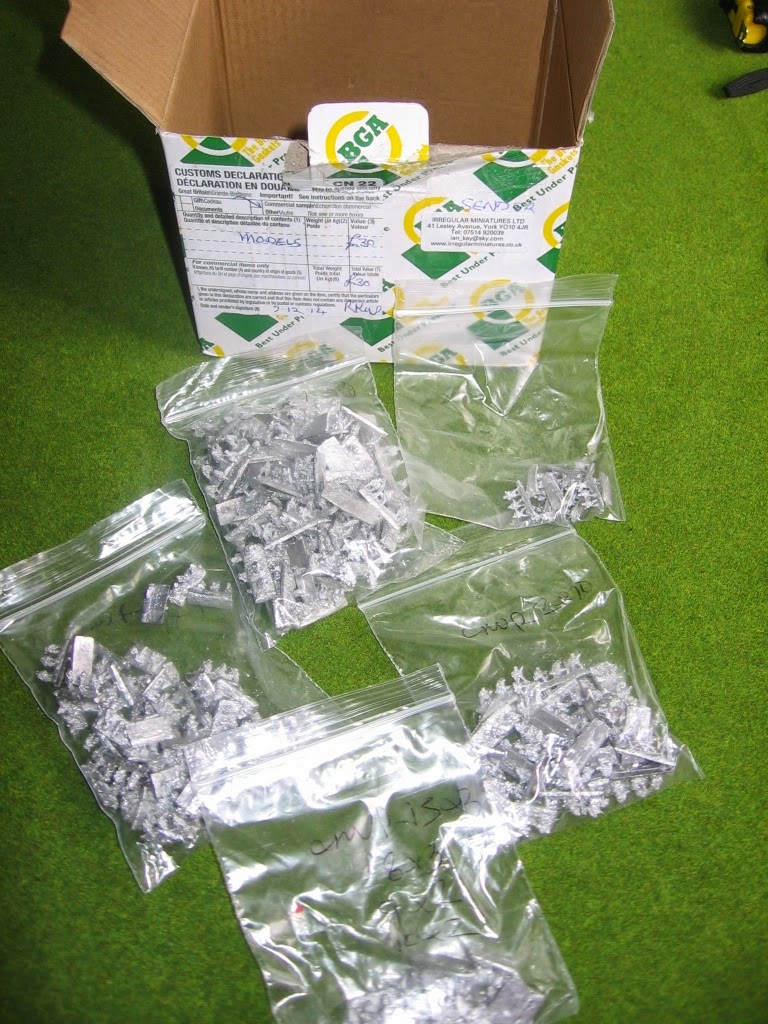 I haven't been idle these past few weeks. I've been pottering persistently at the painting table working on the stands necessary to finish the Great War Spearhead armies in 6mm. It's just that repetitive posts of the next few infantry stands can become a little tedious, since to most people one stand of 1914 German infantry in 6mm probably looks pretty much like the next. Of course quantity has a quality of its own, so here is the second of two French infantry divisions completed a couple of weeks ago. 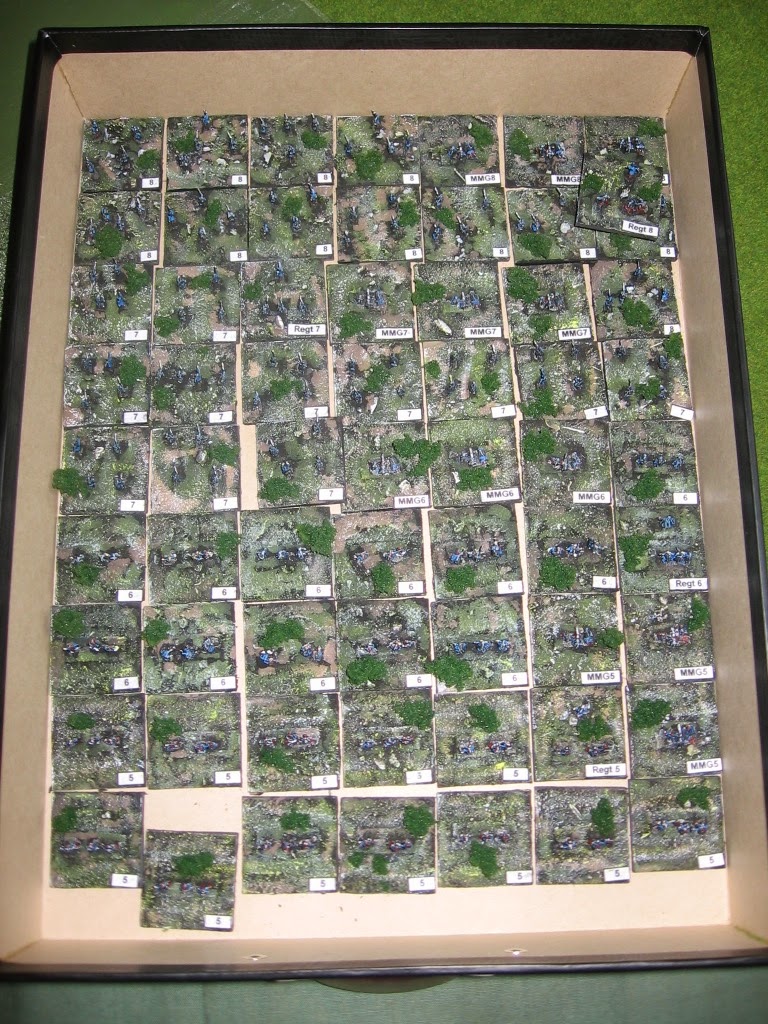 And here the first two of the four German infantry regiments required to complete that third German division. 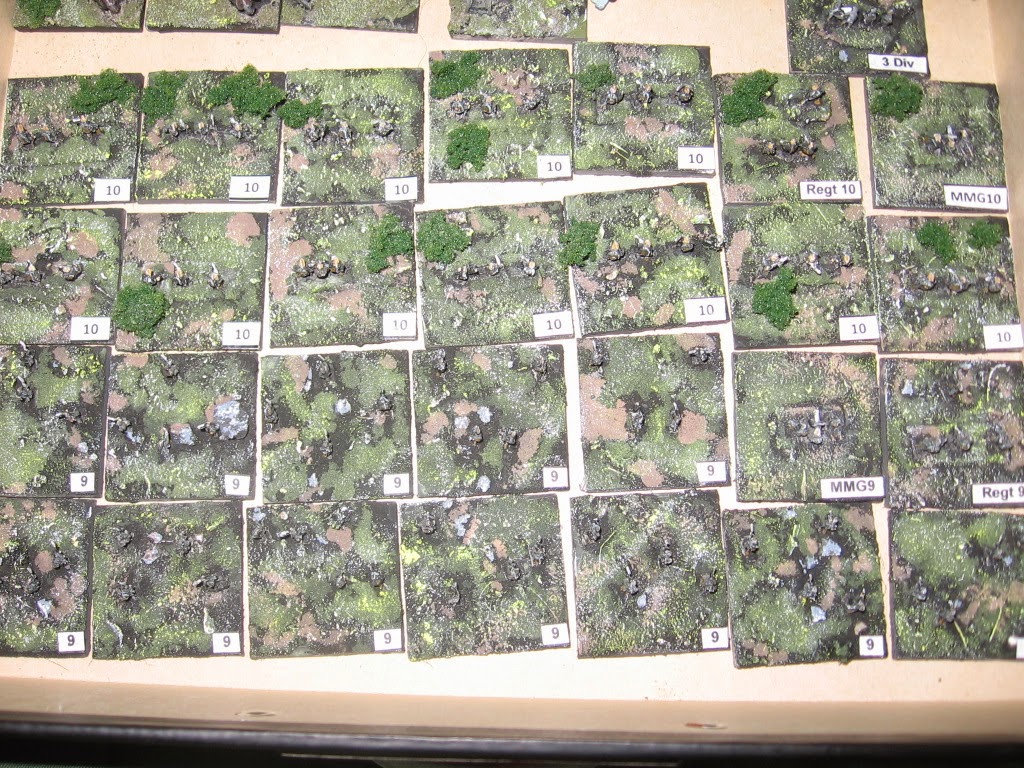 A close up of a couple of stands .. are you still awake? 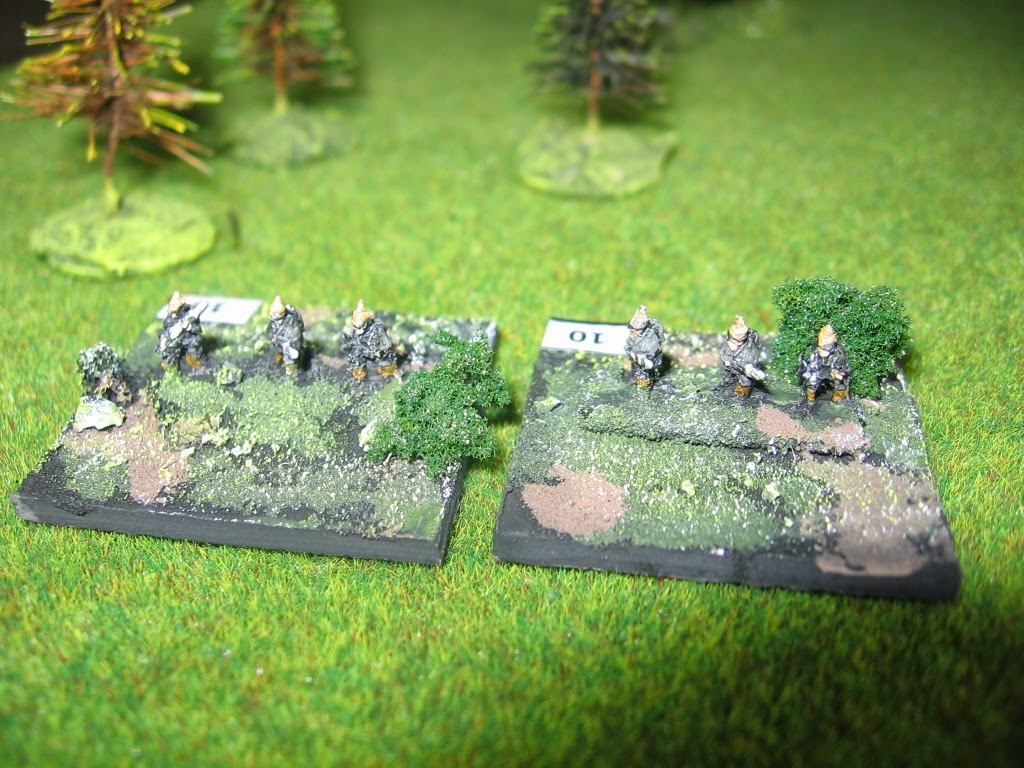 There is a third regiment 3/4 completed, and today's arrival gives me the figures to finish the fourth and last.

Then it's the Russians. I completed one regiment of Russians about 5 years ago, and had intended to finish the force way back then, but amongst other things 14000 earthquakes got in the way (not to mention a myriad of other painting projects).

Guess what I'll be doing over our southern hemisphere Christmas holiday break?
at December 20, 2014 3 comments: