Finally... after a LOOONG time (well before the February 22nd 2011 Christchurch earthquakes, at least) Keith and I managed a Modern Spearhead game. The game was developed using Keith's Scenario Generation System, was set in our preferred cold war period 1982, and most unusually saw my BAOR British on the attack against a defending Soviet force. Keith has written an excellent after action report about this fictional battle around the Northern German town of Ludenkopf. Here are a few additional photos for flavour.

The battlefield at the start, with the defending Soviets on the left (that's Andrew's arm settling some of the defenders into position). 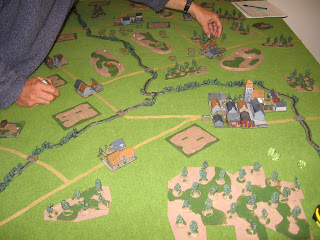 One of the attacking British mechanised infantry battalions advancing. 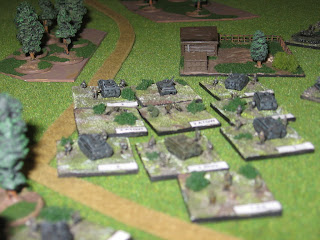 Soviet 120mm mortars in position in cover and bringing down fire. These were silenced with some effective counter battery fire from a supporting battalion of Abbots. 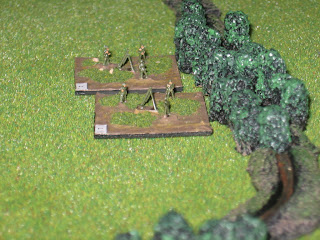 One of the attacking mechanised infantry battalions quickly took effective flank fire and turned to position itself in cover to protect the flank of the main armoured thrust. 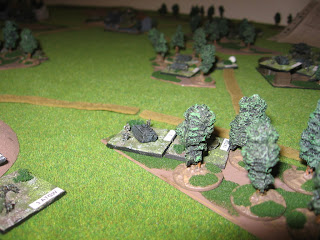 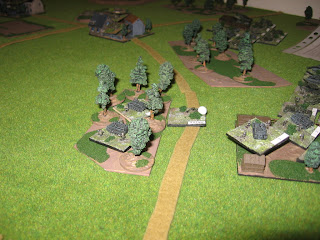 Troops from a Soviet Motorised Infantry battalion in position along a river line, threatening the British left flank. 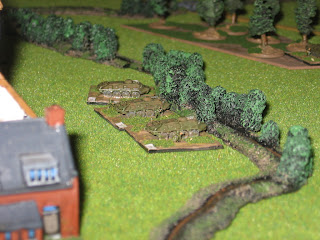 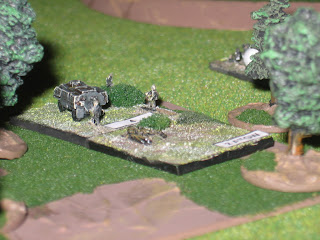 The main British armoured thrust pushed past a small town, its reconnaissance Scimitars uncovering a Soviet 10mm AT gun platoon ensconced in the outskirts. The AT guns didn't last too long though. 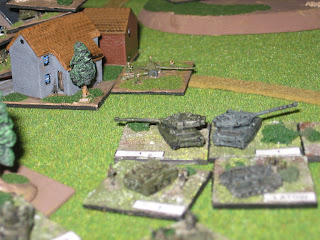 The British left flank is looking decidedly dodgy, with the Soviets having committed their reserve T64 battalion to a counter attack. This may hurt!!! 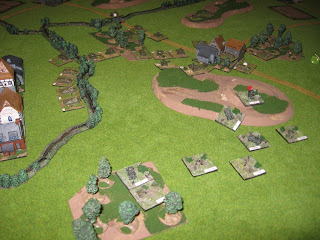 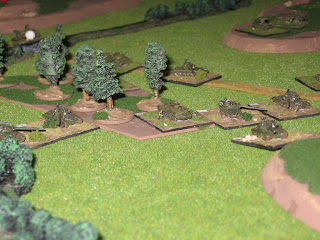 As the ground action grew in intensity, the British heavy artillery (M107s) had been waging a campaign of counter battery fire, suppressing and neutralizing the Soviet towed artillery, and then the majority of the Soviet air umbrella (off-table Sam 6, and on-table ZSU23/4 with the armoured reserve, although there was still some man pack SAM to disrupt any British air attacks).

The defending battalion is able to call in an airstrike from a flight of Harrier jets. It destroys the equivalent of a company of T64s, but this was not enough. 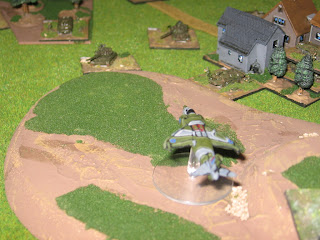