Tomorrow is 22nd June .. like the revelation? You're welcome. Of course the significance is that it's the 73rd anniversary Of the German attack on the USSR. I could imagine the construction of an argument supporting the notion that Hitler's decision to attack Russia may have been the single most momentous decision of the twentieth century. And there's nothing special about a 73rd, but it did make me m,ook back at what we've played over the past few years.

Looking back over my blog as a record of my 'gaming activity, I have tended to favour the eastern front in my WW2 Spearhead 'gaming.

We plugged the gap, repelled German armour at Prokhorovka, fought in the Crimea, tried to withstand Russian counter attacks, and more.

There have also been posts about the modelling and building required to play these games, and the construction of lists for the WW2 Spearhead forces.

There's quite a lot really.

Whatever else you might say about GW, here's something pretty awesome.. their latest painting tutorials on painting flesh.

You know, Adrian and I have been promising to play a game of Warhammer 40K ever since 6th Edition rules came out. A couple of weeks ago GW issued their '7th' edition. Guess what? We finally had that long promised game of 6th. We just took a 500 point force of Orks against Imperial Guard. My Lost and the Damned masqueraded as a couple of the Guard units, just because I like the models.

The game was limited because we are both 'packed up' for EQ matters, Adrian for repairs, us for our rebuild, so neither of us could find the Codices. Here are some photos, in order, with captions rather than a with a full after action report. I guess we mostly play this because of the beautiful miniatures. 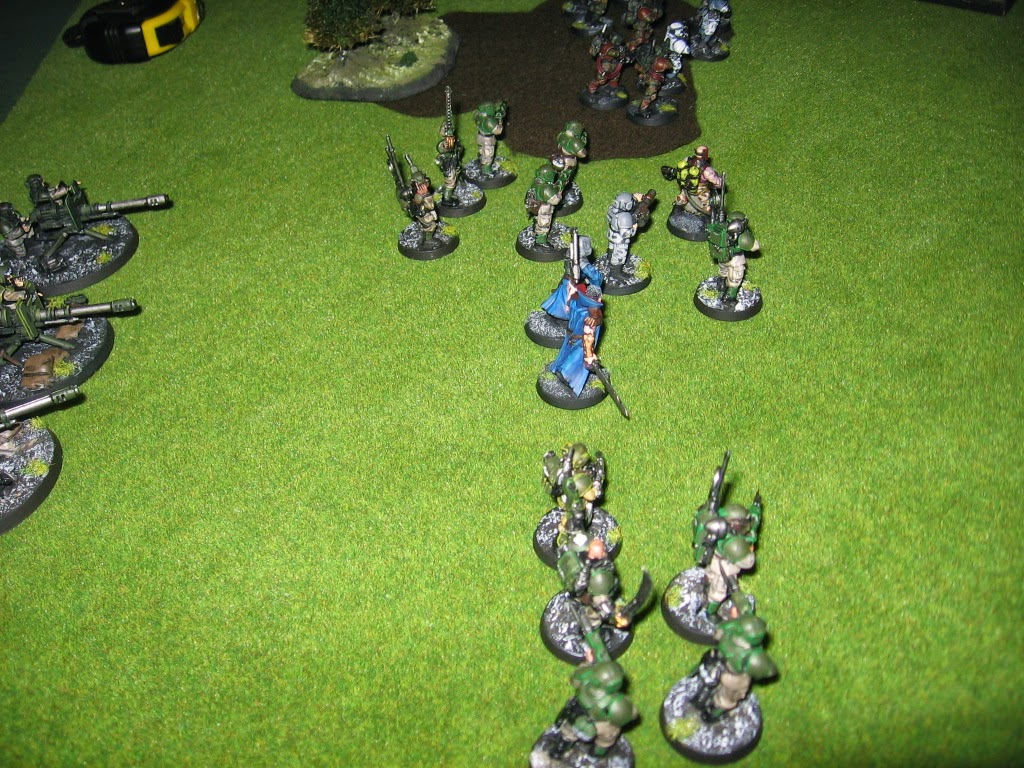 So, that was out simple 6th edition game. We think we might take a time warp and go back to 4th edition. Only problem is that we need to find our rule books, everything is packed into boxes.. damn!!

Th game was  a bit of fun, although we are both still of the opinion that the rules are not that flash. That's our opinion. We are both frustrated by the rules creep that is a part of the GW business model. That's not a criticism of the business model, just the views of a pair of 'gaming curmudgeons who don't play this rules system often enough to cope with 3 a yearly rules overhaul. Hence we think that, as we generally only play against each other with 40K, we might go back in time to 4th edition and just stick there.