Last weekend and we were off down south to Timaru for TAGCon (Timaru Armchair Generals Convention) for 2011. I took a group of College boys, and 3 ex students, as well as son Nick, and good colleague Andrew. Andrew, Nick and I played in the DBA event (Book 1 armies) on the Saturday.

I was using a borrowed Early Archaemenid army (1/60C), and made my worst ever showing I have to admit. Here is Keith's report on his battles, and the final results. Just a few random shots of the day. 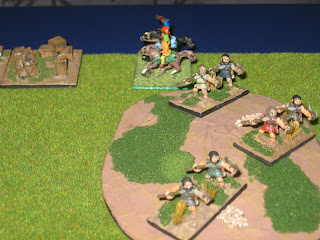 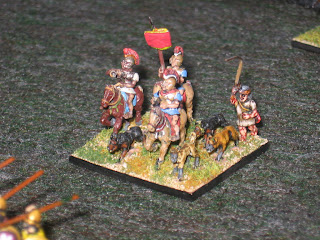 This was Brian's camp element. 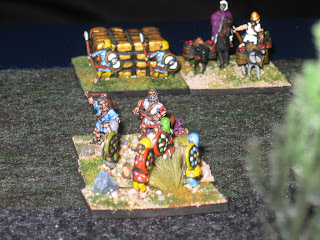 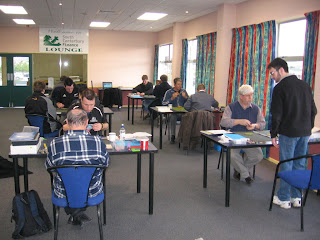 The boys all played in the 40K competition. Again just a few random shots. This was Elliot's Guard Psycher unit.. 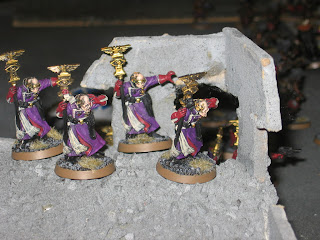 ... and his Vostroyans advancing... there sure were a lot of them, and nicely painted!!! 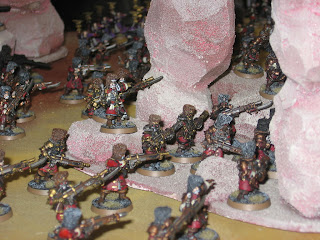 Alex bringing a touch of class to what otherwise might have been an unseemly brawl? No wait, that's the Armoured Corps' job!! 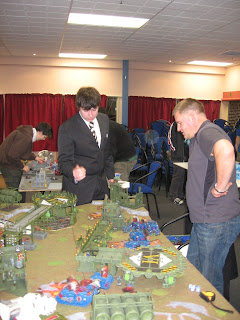 Hordes of Orcs.. my Orcs in fact, being used by Toby.. looking good!! 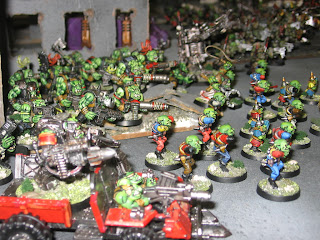 Some Vostroyan Rough Riders in the distance.. 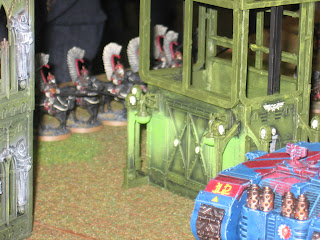 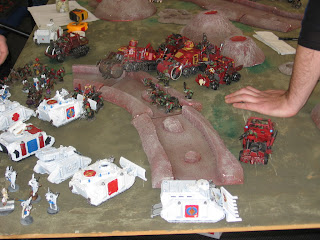 It was a great weekend. Thanks to the Timaru Armchair Generals for organising a great event, and my special thanks to Dave B for the loan army (even if the B**y thing wouldn't fight for me.. waddaya mean it was the bad general?).
at August 08, 2011 3 comments: