The great renovations is complete. Fifty two bases of Hunnic types have been touched up (purely in  a platonic painting sense, you understand), washed (in a 'making dirtier' sense), and given nice 'scenic'ed'  (is that even a word?) bases replete with sand, highlights and static grass.

Why? Well, because they were there, and because they would give me another army that looks reasonable on the table (more on that later). This gives me the option of Big Battle HotT (with a few additions) at 72 points, or Big Battle DBA (which I am warming to once more), or Armati (which I still love too).

So here is the Hunnic Horde - 52 bases worth. 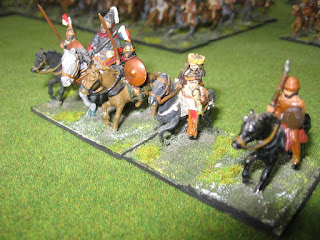 The Airfix Hussar conversions, as you can see they are not too pretty up close. However as they say 'quantity has a quality of its own'. I pondered attribution of the comment. It seems there is debate about who said it. I have seen it attributed to Napoleon, and to Stalin. I even found this:

The general principle that quantity begets quality is a key tenet of the Marxist theory of dialectical materialism, as formulated by Marx and Engels, phrased as the law of the passage of quantitative changes into qualitative changes.

Regardless of who said it, it certainly seems to fit the bill as an observation on my particular Hun army. 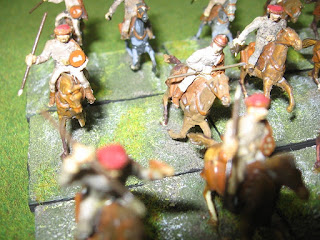 The slightly tricky aspect of all this is that I seem to have accumulated more Huns that I am likely to use at one time in any of the game systems I like. These numbers were originally accumulated for WRG 3rd Edition, and then DBM, neither of which I play today.

Oh well, at the risk of seeming to be far too philosophical for a hobby blog, can you ever have too many Huns?

And this arrived the other day.. 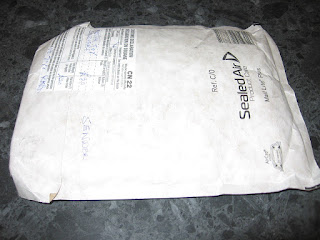 How could a small parcel like this be connected with the Huns?
at August 06, 2016 2 comments: