The first British armour:HaT Cromwells plus some ..

OK, so I bought more stuff from Stan a few weeks ago... there were these HaT Cromwells, and having based all of the Brit infantry for the 1944 British force for Spearhead, it seemed such a waste not to support them with the appropriate armour. Why Cromwells instead of M4s? Well, I LIKE Cromwells. It does of course limit me to armoured division organisations, but.. well. 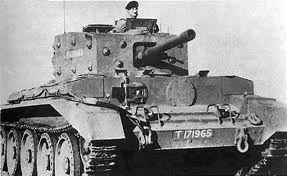 In addition to the two boxes of Hat vehicles, I rediscovered these two almost completed conversions. 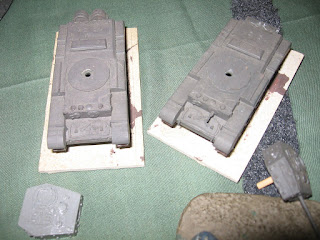 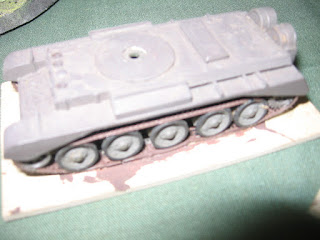 One turret was complete, but the other wasn't, so.. a spare Airfix Centurion barrel from the spares box gave me both a new barrel (after some scraping and filing) and a pivot for the turret, 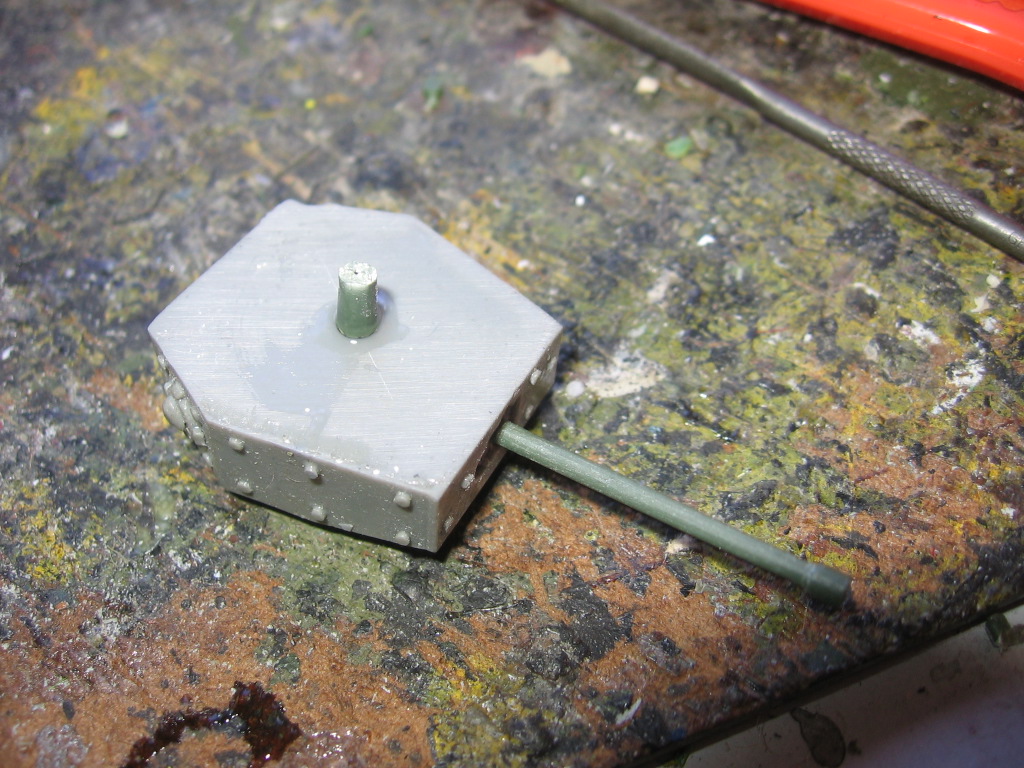 Where did these come from? The hulls were conversions made for me back in the early 1990s by Gerard Davey, and I think the turrets were a resin cast created by Tony Ormondy from his own scratch built masters. These are yet again a testimony to that 'never throw anything out' strategy that I have. At the time we were playing Rapid Fire games, and I had a pile of British Paratroops which needed some armour. But I went off Rapid Fire and shifted to 6mm Spearhead games. The unfinished Cromwells have languished in a box ever since.

However the new-found 20mm Spearhead phase has given them a new lease of life.

All six Cromwells finished and based. 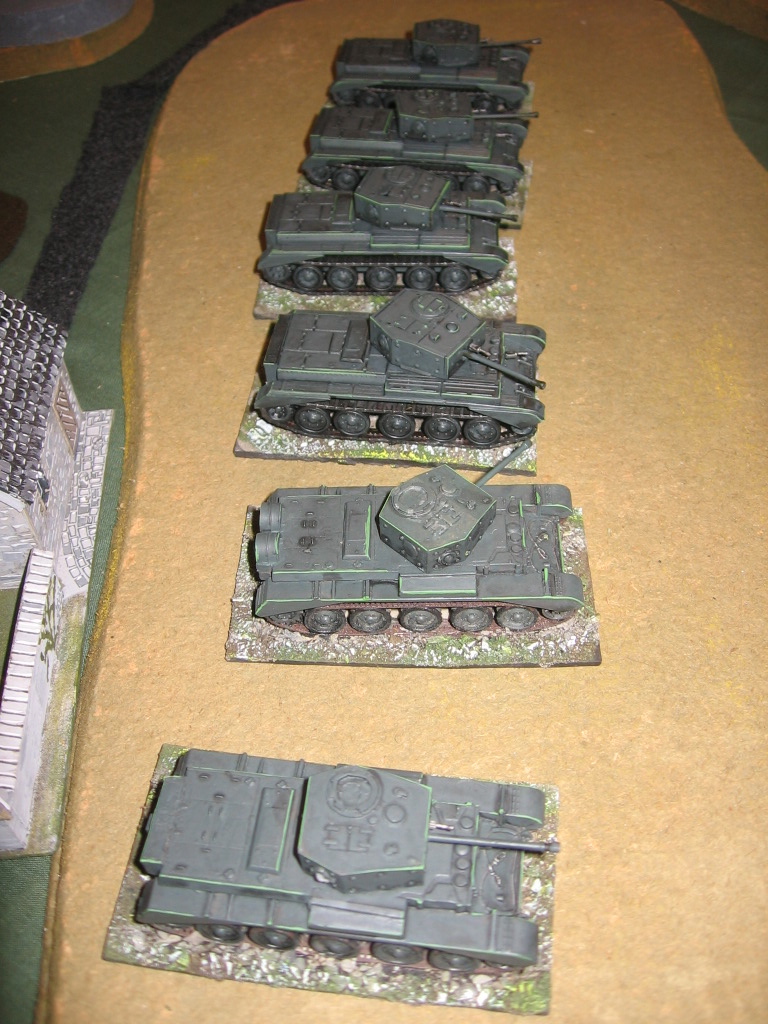 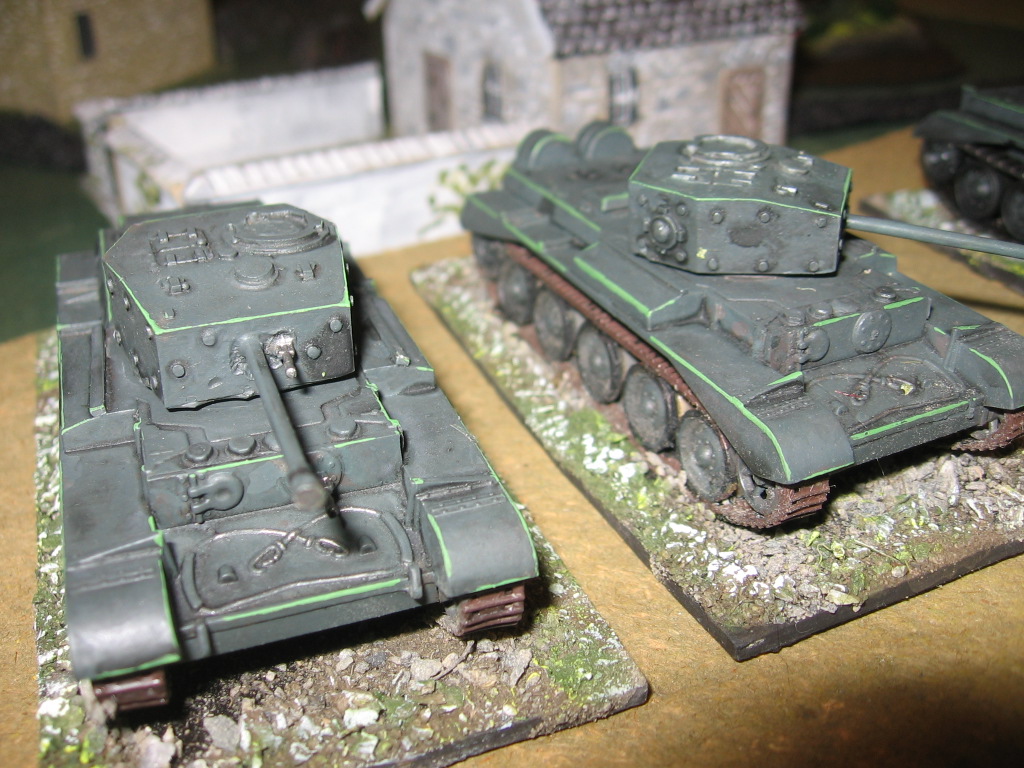 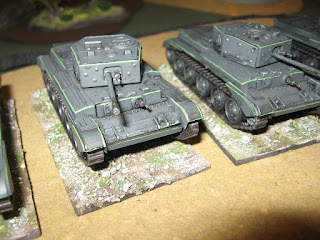 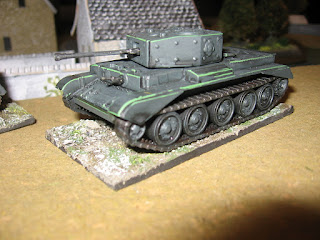