Wars of Religion .. with Armati

The usual Friday evening 'gaming turned into a Saturday evening of 'gaming this week, and we decided to play some more Armati Renaissance. The first game featured French Hugenot (Adrian) against Austrian Imperialist (me). We were once again using Adrian's 15mm armies.

It was a close fought game in which I misused the Austrian Hussars and allowed Adrian to tackle my centre at his leisure. Misjudgment on my part allowed his pike blocks to slam into my lines of arquebusier (and all a turn earlier than I'd planned). 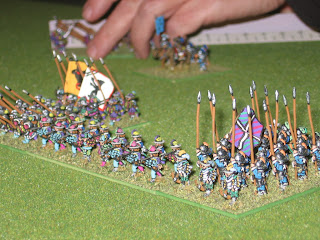 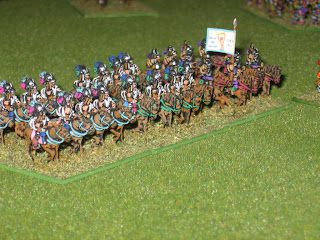 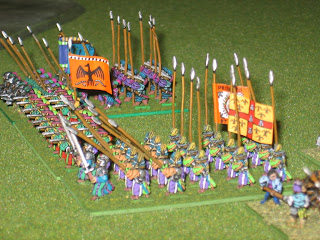 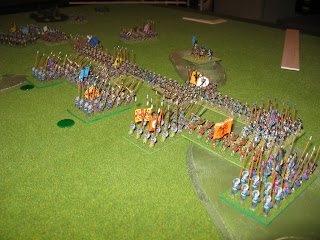 It was initially a 'push of pike' in the centre as we jostled each other. 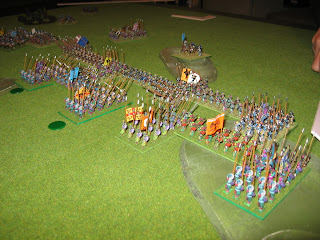 The Millars took on the Imperialist Reiters. 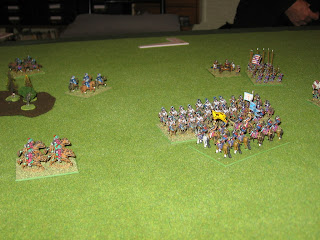 While some  Imperialist Hussars got in behind the French lines and attacked their artillery .. my misjudgement was to use them in this attacking role, in which they are not particularly strong - they are Horse Archers, Robin.. for goodness sake!!). Bad die rolling and they took a casualty from the artillery. never a good sign!! 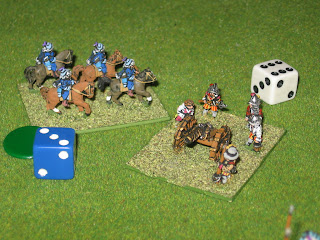 And then the French mounted arquebusiers hit them in the rear... this may not end well (especially when I rolled a 1)!!! 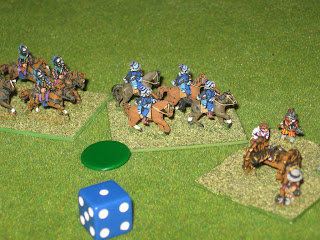 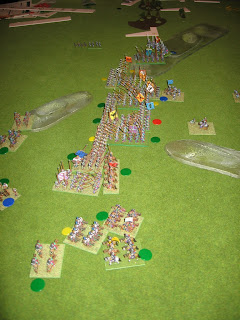 The French Gendarmes hit an Austrian pike block in the rear, but by a miracle of die rolling (two 6s in two successive rounds of combat) the pike block held!!! 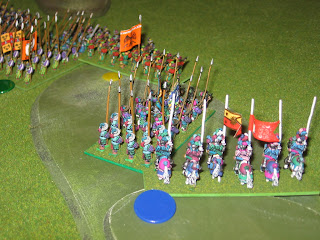 However the cumulative losses for the Austrians finally took their toll, and the day belonged to the French.

We played a second game using the French against a Moldavian army. This was a dismal affair in which I had my head served to me on a platter... Adrian used his horse archers to good effect, harrying my flanks and causing large numbers of casualties. The army fell apart.. urrgghh... Here are just three random photos.. all that remains to record a dismal defeat, but a great night's 'gaming!!! 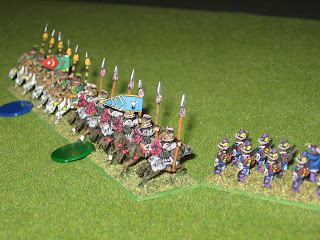 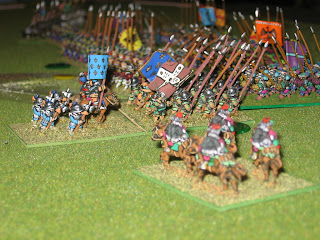 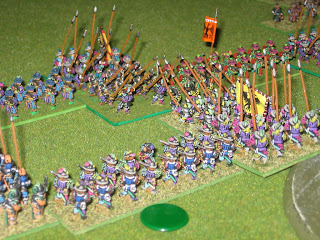