Well, it's done. We didn't quite make the 12 hours, even we two adults flagged after 11 hours and packed up. So was it successful?

Not sure really. One of the boys completed his Greeblie HotT army, but none on the others managed this. They took on too much for a start. I ought to have advised them to start with a dozen figures and got them to finish those. The sense of accomplishment might have been far greater.
We'll see what their attitudes are like next week.

For my part, I completed the Sdkfz 222, and the Vickers Mk VI. The Sdkfz 232 is almost complete, but I face the lace-like radio antenna array with some trepidation. The PzI is partly done, but trying to assemble it in the time available was optimistic. The running  gear needed time for the glue to harden properly  (it is too finely moulded and brittle to take chances with) so that has been set aside for a while before I recommence work. I discovered that there was a Kubelwagon with the 222 kit (an added bonus), but again I had to leave that to allow glue to harden. However it will do nicely as an artillery observer element in the 1940 German army.

The Matilda II was base coated ready for assembly, but there it sits.

So, over all I think it was worthwhile. I learnt a few things (like how much pizza 14 and 15 year old boys can eat), but I need to get the boys to 'chunk' their projects much much more (in the same way that I teach them to 'chunk' content for learning .. and I thought I;'d done that with their painting plans). Obvious really, you'd think I should have known that.

Seven and a half hours done... and here's some of the utput sio far. 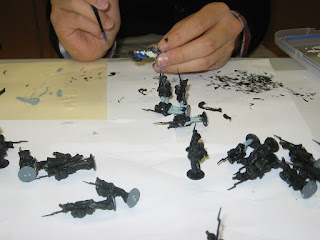 Four hours in, and work is progressing.

For my part, two vehicles on the way. The Sdkfz 222 base coated and assembled, just waiting for everything to dry before I give it a wash, and do some lining. The 232 is proving a little slower. Still plenty to do with the other vehicles as well.


It's quite a nice mix of painting and interests being fuelled here.
at August 29, 2015 No comments:

I've been contemplating this for a number of years: a 'paint-a-thon' for the College boys, an opportunity to create their own armies. The idea came from a GW event that used to run, same principle, 24 hours.
24 hours? I don't think so, but 12 I thought might just be manageable. So, here are the first shots for the day.


I've set myself a goal to complete several 1/72 scale kits that came with the recently acquired Gerard Davey stash. These are 1940s vehicles for France 1940 Spearhead. First up are three German light vehicles 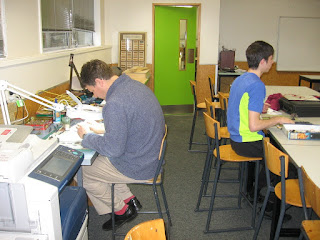 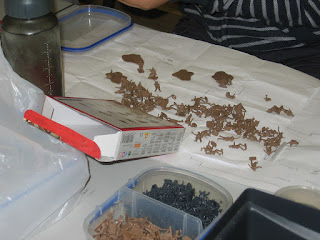 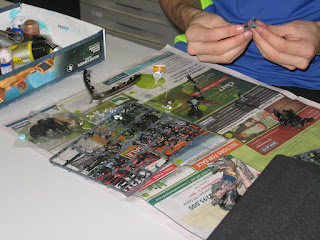