Friday night, and more Lace Wars action, as Adrian and I refought Bergen 1759. A Hessian and Hanoverian army (commanded by me) was trying to eject a French army (commanded by Adrian) from Bergen and its dominating heights. Here are just four photos from the action. The figures are once again 15mm from Adrian's collection.

It was a nail biting game, finely balanced throughout. I nearly did it, but my final attempts to shift Adrian's French from the commanding heights, using the last of my cavalry to dislodge his teetering forces, fell short. It was one heck of a game though. 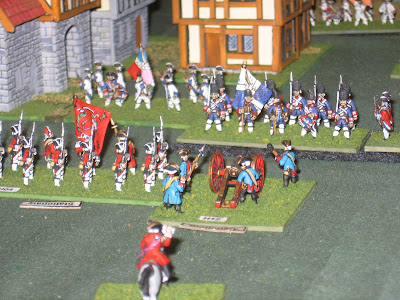 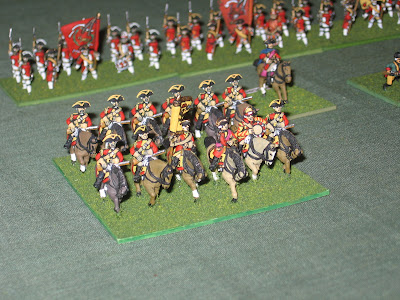 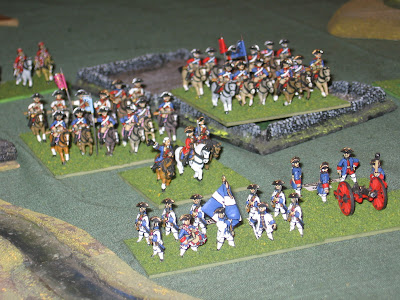 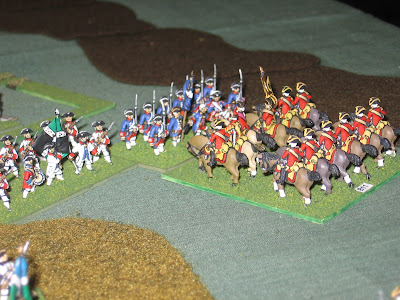