Last night was my first opportunity to push plastic or lead or anything even remotely toy soldier related around the table for quite some time, and it was a Kings of War game with Andy and Adrian. Adrian and I played his Orcs against Andy commanding his Kingdoms of Men army. 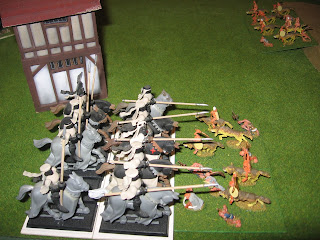 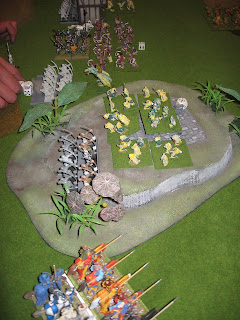 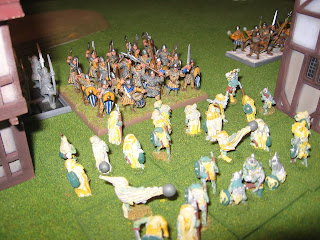 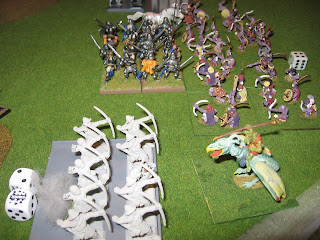 Finally.. the first photos of Andy's Valhallans.. his choice for the 400 point Combat Patrol painting challenge. The infantry squad, with a heavy bolter and a company banner (hand painted.. nice work, Andy!!) 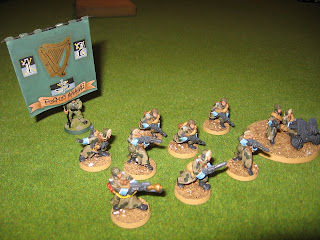 The Commissar alongside that company banner again. 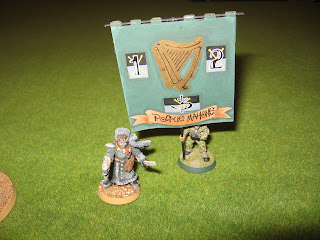 And the veteran squad .. also with a heavy bolter. 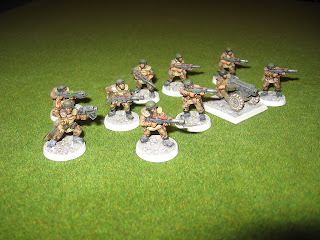 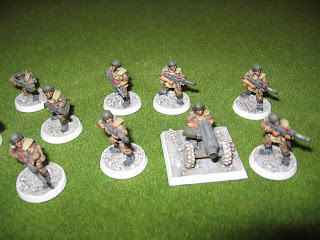 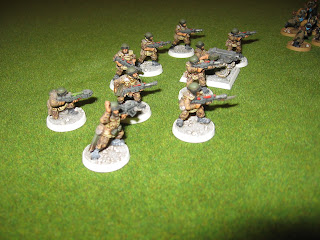 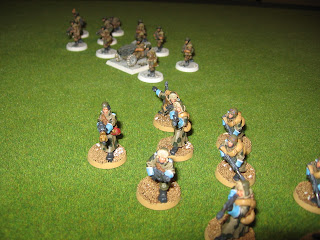 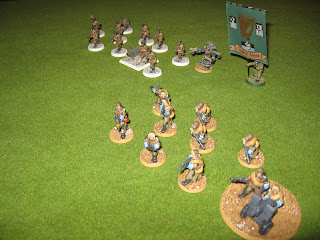 Andy has a heavy weapons platoon in progress as we hurtle towards the end of the 8 week challenge. It's great to finally get some photos of Andy's work.
at August 25, 2012 No comments:

Finally .. 'Houston, we have mutants'...the last of my planned force for the 400 point Combat patrol painting challenge. These have been a long time coming, since 2003 actually. I took a box each of GW Catachans, and Catachan Command, a GW mutant sprue, some Ork arms and bits, and a little green stuff, and .. voila!! I chose the Catachans because they are already near mutant with their comic caricature sculpting style. The over sized arms set them up superbly for 'mutation'.


The biggest disappointment was the use of the Catachan command box.. the poses were too static for my liking, and when combined with my lack of imagination, lead to some poses that I'm not happy with (I think you'll be able to spot them). I did however manage to create a couple of tidy wee mutations myself with some Greenstuff.

The flesh paint scheme was crucial to the project. There were four layers of flesh (from Dark Flesh to Rotting Flesh, followed by a purple wash, and a thinned down highlight of more Rotting Flesh. The lighting on the photography doesn't do the paint schemes justice.

The 'mutants' are clothed in camouflage uniforms and this (combined with the consistent basing technique) will tie them in visually with the remainder of the figures in the force. 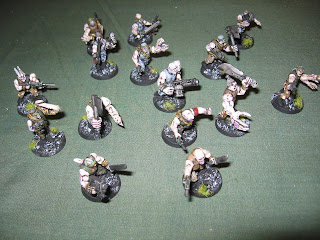 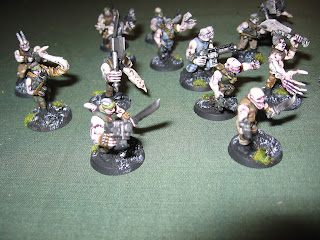 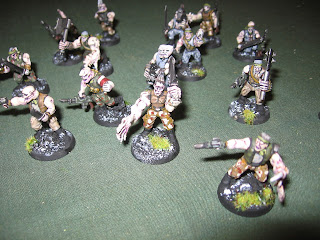 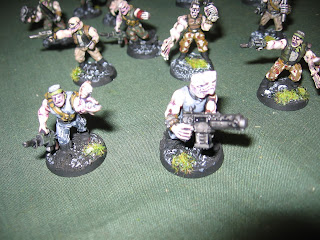 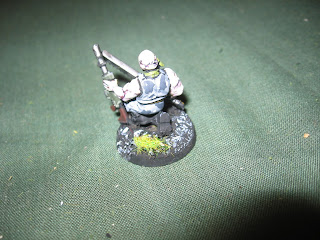 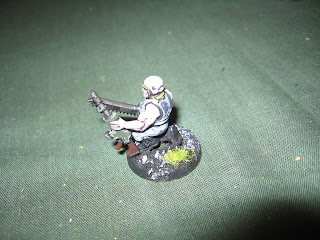 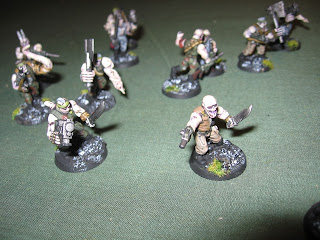 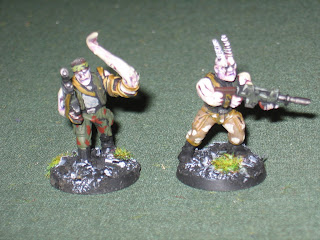 They probably wont quite match the standards that most 40K modellers/'gamers would aspire to, but finally they are done.. whew!! All up, I think I've managed just under 500 points of Lost and the Damned in seven weeks.
at August 20, 2012 1 comment: