My last game for a month, as Lorraine and I set off for some overseas travel (leaving our daughter to house and dog sit, hope the dog isn't too flat when we return), so Adrian brought over his 15mm Colonial troops and Jon, Adrian and I fought some action in the Sudan: British and Egyptian forces versus Mahdists.  We used the Volley and bayonet rules, with some adaptations designed by Adrian that produce very good Colonial games.

This is simply an assortment of photos taken during the game, rather than a battle report. The action in outline saw some Egyptian forces settled in a town in the centre of the table with a camel train. A British force was returning from action on one end of the table, while a relief force (the camel Corps) came on from the other end. The British forces had to escort a camel train off the end of the board from which the Camel Corps entered, gathering the Egyptian forces along with the camel train if possible. 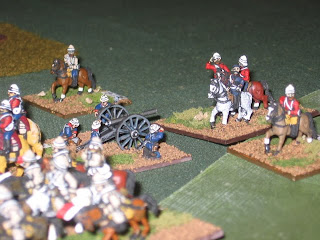 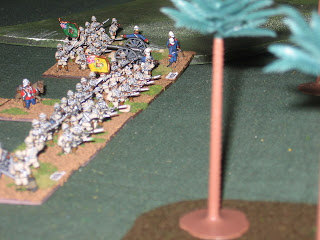 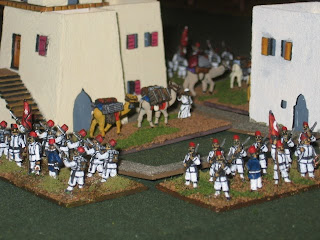 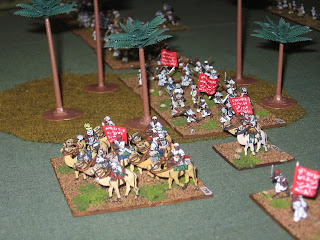 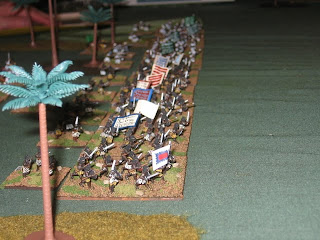 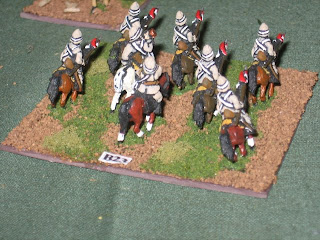 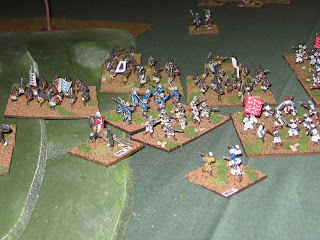 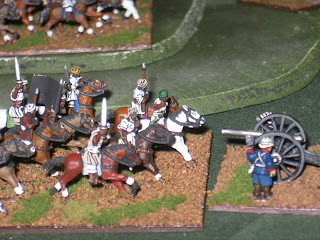 The British forces won the day this time, and I have to say that for the third week in a row my luck ran hot and Jon's did not. Regardless of the result we had plenty of laughs.

I hope to make a few blog posts as we visit Arras and Ypres, depends on finding some wireless hotspots mostly, so I'll keep you posted.
at September 04, 2010 4 comments: