Those Dwarves sure are characters, aren't they??

I've had these two Dwarf characters on the painting table for some time: a battle standard bearer and a Dwarf Lord. They reminded me that I STILL dislike metal figures that require assembly; I gave up trying to keep the two tall 'feathers' on the Lord's helmet, despite trying variously superglue, two part epoxy resin, then green stuff.

I haven't bothered pinning them, damn it,.. they can just stay in my spares box. I have to say that while the Gyrocopter is a very cool model that will play an essential part in my tactical plan for this army, I'm not looking forward to the assembly ... I HATE metal figures that require assembly!!!

Anyway, rant over, so now I have a character and the BSB to go with the assembling Dwarf troops. Currently I have 20 miners on the table, with painting under way. I hope to get my first real games in over the upcoming term break. 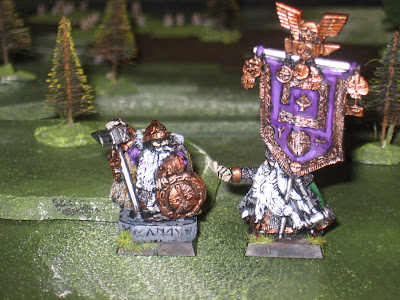 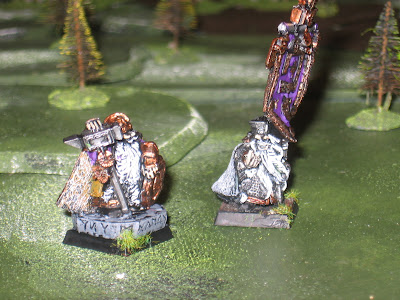 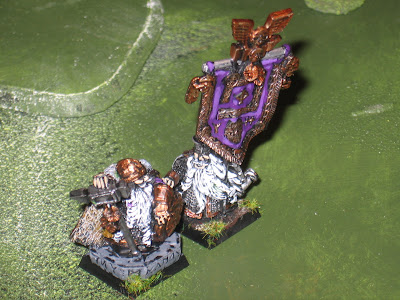