Progress on the 6mm front

With a renewed enthusiasm for my favourite rules set (Great War Spearhead) I set out to finish painting the pile of 6mm figures I'd bought for the 2008 'The Guns of August' Marne  refight at the National wargames convention in Christchurch New Zealand. There were almost enough figures to complete a third German 1914 infantry division, and with the judicious purchase of half a dozen infantry stands and a couple of MMGs the division was complete.

I've not always felt that the visual impact of stands with just three figures really matched my own expectations of what battles should look like. Of course when viewed form the perspective of the entire battle it has always looked fine, but getting down the level of the individual stands, it just looked a little sparse. 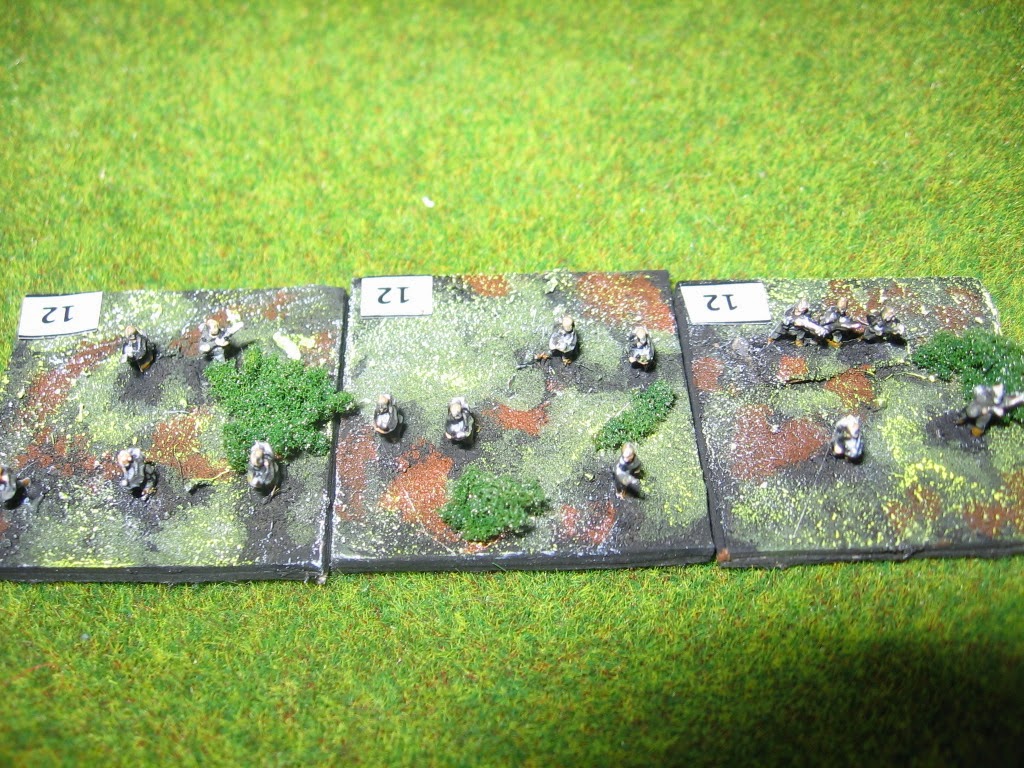 So the twelfth and last German infantry regiment has just been completed with this larger number of figures, and I like it. This is the last regiment, and provides the completed third infantry division, more than enough for the games I generally play. This is also a huge milestone for that very reason. There are some Jager, and some Engineers, to complete, and a few more 77mm artillery gun stands, and that's it.

I recently bought the figures to complete two Russian divisions for the eastern front, but these were compiled using 1 x 3 figure Irregular base per stand. I am considering ordering that same volume again to put 6 figures (2 strips) on each base. Somehow that feels right for the Russian infantry.

Dwarven deeds shall in hallowed halls be remembered

Nick G and I hadn't got together for a game for a while, and he was keen to try out one of his Kings of War armies. Out came the Dwarfs, and out came Nick's delightful Orc/Goblin/Saurus combination.

The Orcs came at it eagerly, while the Dwarfs sat back hoping to cause more than a little damage with their shooting.

Units can of course interpenetrate, but the action was closed very quickly, and the Horde was unable to make it through the congestion until the Saurus unit was routed.


This was one of those rip snorter games.. lots of fun pushing nice figures around the table. Nick wasn't able to use his strength as well as he'd liked, his deployment pinned several units for several turns. His decision to attack in the centre with only half his units was perhaps the telling one. Had he waited for all units to be ready he might have been more successful. However in a six turn game you don't have the luxury of too much time to develop a battle plan.

From my point of view, despite the attraction of the Berserker Brock riders, the Horde provided stability for the the Dwarf line. I might use that approach again.

In the meantime, this is a victory that shall long be the subject of songs in the Dwarven halls. The Orc attack on this Dwarven kingdom has been repelled.
at January 19, 2015 1 comment: