It was that post Christmas lull, that time when most of us really can forget about that routine daily life and just relax. Our son Nick was staying with us, and we managed to fit in two HotT (Hordes of the Things) games one evening. In this game we pitched a British VSF army against a Soviet WW2 army.

The Brit army was: 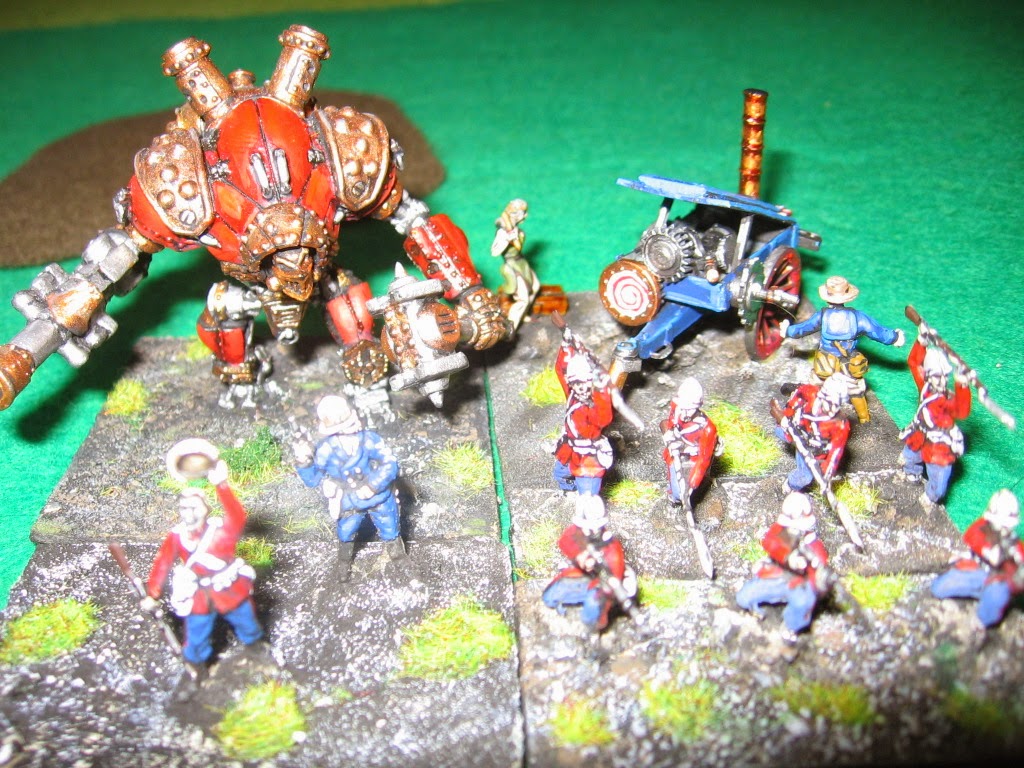 The game was over, with a victory to the Soviets. We decided to have a second game and I didn't photograph it fearing a repetitive series of photos. We swapped armies, and .. Nick thrashed me using the Soviets... one game all, and some dashed decent fun.

Christmas, families, and fun.. a great recipe for rest and relaxation.
at January 03, 2015 1 comment:

A couple of months ago I put up a teaser for a 'forthcoming' AAR. It has taken quite some time, but finally it's done. You can find 'Attack in the east 1914' on the Great Adventure at

under  "After Action Reports". There are plenty of photographs, and a link to a new piece - a translation of a part of the Official History of the German Regiment Nr 88 outlining action during the Battle of Longlier 1914. It's a great description of infantry tactical doctrine of the time.