Kings of War time again, and this time a largely Human force (Kingdoms of Men), with just a few Dwarf reinforcements, stood before the Orc hordes. The Orcs were keen to get forward and in to contact. 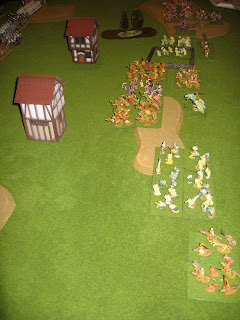 The Humans and Dwarfs had settled themselves on a largely defensive posture. Most of the line was composed of Footguard supported by archers. The right was held by a Dwarf horde supported by a steel behemoth. Knights sat on the flanks, awaiting the time to counterattack. It was all a matter of timing. 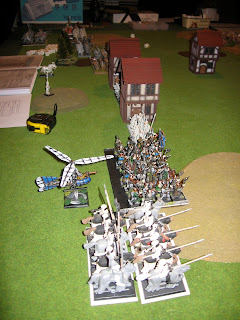 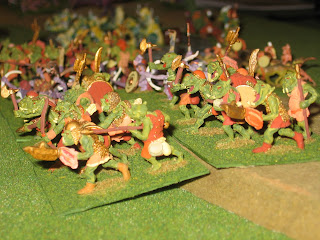 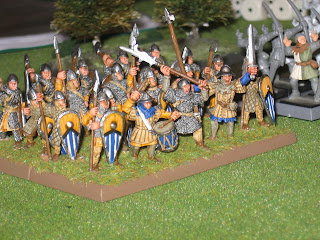 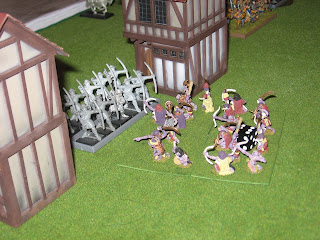 The Dwarves were determined to resist. The steel behemoth inched forward and blasted the orcs with it's breath weapon. 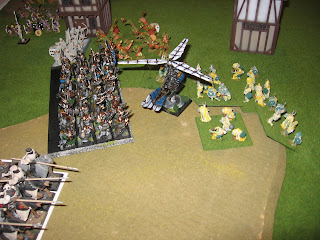 It was attacked by a winged kruger and a horde of orcs. They bounced off, after all it was a STEEL behemoth. 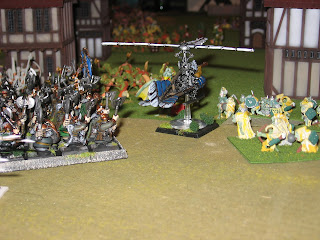 The main orc attack washed up along the centre and bounced. 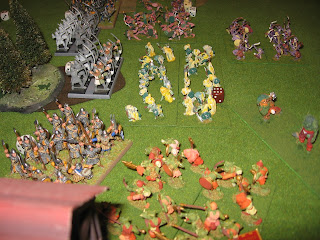 Units counter attacked all along the line. 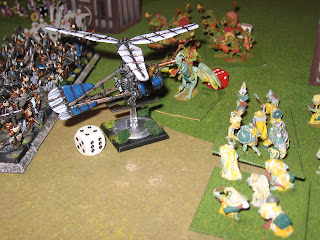 Orc units were smashed and shot away. 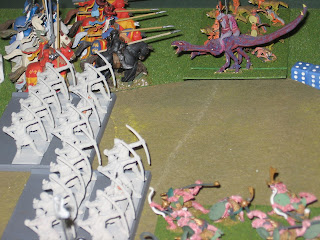 But still the onslaught continued. 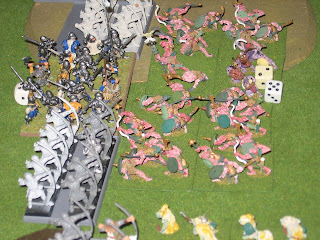 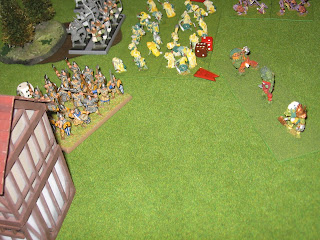 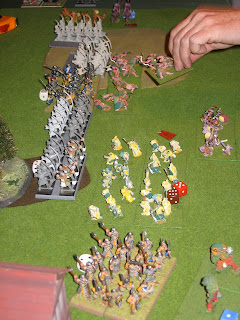 The orcs made some gains, but as night fell both sides were exhausted. The orcs would withdraw to consider their next move, while the Kingdoms of Men licked their own wounds, and recruited once more to fill the empty ranks.

In game terms the conclusion came at the end of 12 turns (6 per side) with a draw. Considering the combat power of the orcs this was a reasonable result. The Kingdoms of Men had misused their knights, and so their counterattacks had been uncoordinated and lesss powerful than they could and should have been. But the infantry had stood their ground remarkably well.