At last, the Spider army is finished.. a piece of inspiration really.. it needed a God, and who else but .... Spider man himself. So here he is in all his glory.. well, maybe not... as we shall see. Their first full game was against my son's Indian army... complete with beasts (those nice looking tigers), and lurkers (take a look at the amazing snakes further down the page.

The spider army composition for this game was:

It all started off well.. a good solid body of spider hordes in the centre, right flank protected by some woods with lurkers ... and the two heroes on the left flank.

Turn 2 the pip die rolled 6 and, guess what.. Spider man appeared. You can see him in the photos, on the left flank, ready to act in support with the two heroes. So the manouvring started.

Unfortunately that's as far as it got. Turn three, the pip die rolled.. ta da!!! .... a 1, and off he went again. It was really downhill from there. I tried to get stuck in, but lost both lurkers (Nick put his own two lurkers into the woods .... spiders versus snakes.. if you'd told me 10 years ago I'd be playing a game with that combination I'd never have believed you!!). I simultaneously tried to manouvre against the Indian left (beasts and behemoth) with the two heroes while pinning these from the front with the hordes, only to have my hero general ensorcelled by the Indian magician. It was just one of those nights.

To cap matters off the beasts and the behemoth managed to destroy more hordes than I could bring back, and that was the game. And by the way, this is not the easiest army to use when you are slightly arachnophobic....he! he!

The Indian behemoth went crazy, .. squishing spiders.. nothing more to say really.. but a great game filled with plenty of wonderful dramatic moments. 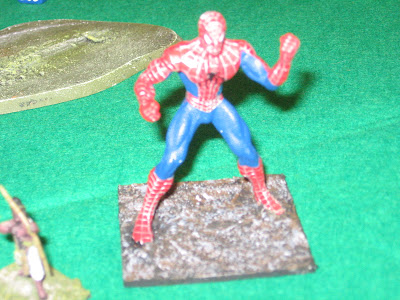 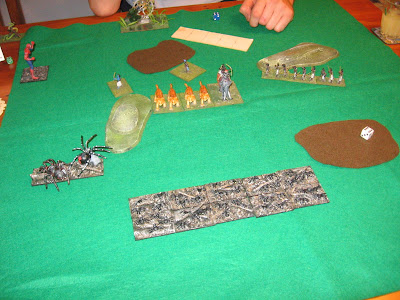 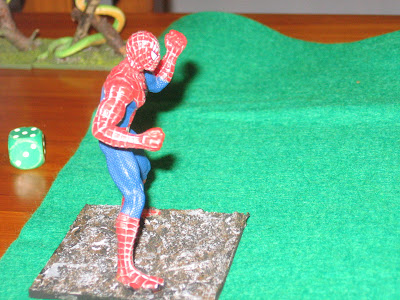 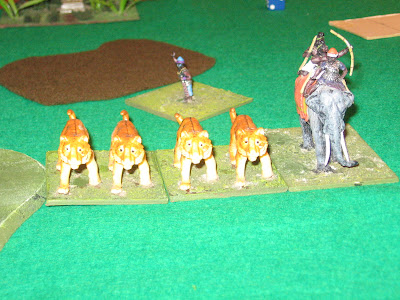 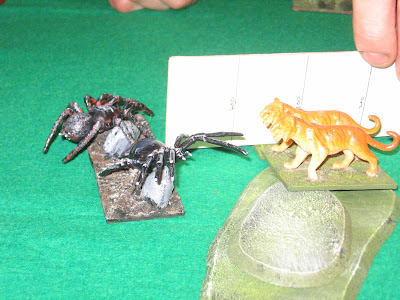 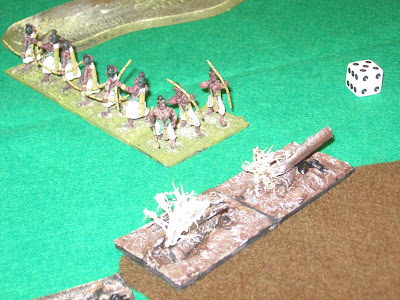 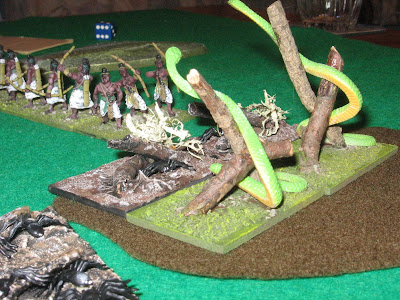