I posted some time ago about 'good old fashioned model making'. Well, how's this? My father was an exceptionally talented fitter and turner, and at the time of his early death he was part the way into the construction of what was to be a working steam model of HMS Discovery. The model was being built 'plank on frame', and he was so focussed on getting the detail correct that he had even acquired a large selection of timbers of the varieties that had been used in the original construction with a view to making the frames, and the planking, from the correct timbers. Here are some photos of the model as it has sat since his death in 1984. 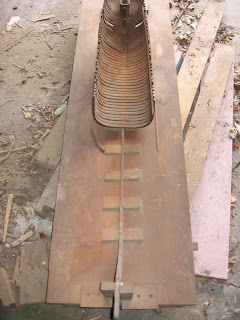 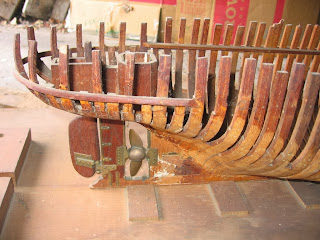 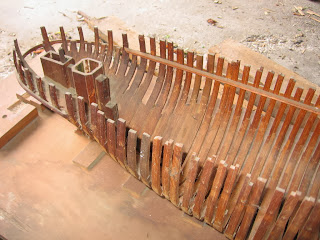 As we prepare for house demolition, we have to get rid of things. This is a hard one.. and I type this with a small tear in my eye. However I've just sent these photos off to the Canterbury Society of Model and Experimental Engineers in the hope that they have a member somewhere who might like to take the model, plans and timber, and maybe ..  just maybe ..  think about finishing it.

The connection goes back quite a way.. my great grandfather AJ Cuddy painted this painting of the Discovery locked in the ice during Scott's expedition. 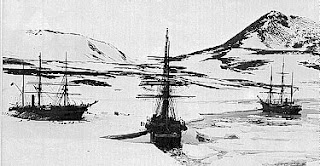 I gave away several pieces of Dad's machinery from his workshop a few months ago. That was hard. This is harder....
at November 15, 2013 1 comment:

Russian waves in the Crimea ...

It's the Crimea.. Adrian's latest project, his armies in 15mm. He has been beavering away at the Russians, and while I don't think this is their first outing, it's certainly the first time they've appeared 'chez moi'!!

I had intended to write up a complete AAR, but work has been frenetic this past week (when is it ever not???) and so I thought I'd just post these few photos to showcase Adrian's beautifully painted figures (and my new Litko markers!!). There are a few comments scattered amongst the photos.

The game was played using the Volley and Bayonet rules. The scenario was based upon an early battle in the Crimea in which the Russians were attacking a combined French and Italian force. 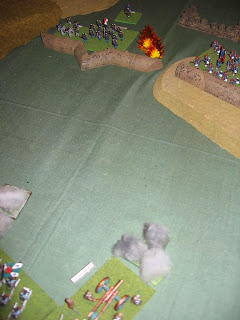 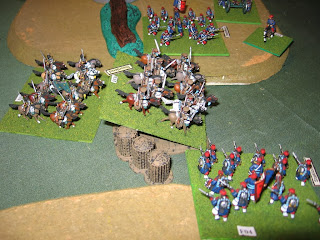 The Russian failed to break through in the time limit allowed, but it was one heck of a game ... a nice variation in sub-period and one of the many things that I love about Volley and Bayonet. They just WORK!!!
at November 15, 2013 No comments:

'A bed of honour for six men'

The great 'games room clear out continues (although truth to tell, if you looked in the door you'd not see much difference yet). Anyway, I finally got to the last box of 'stuff' (one of those boxes of accumulated bits that had come from goodness knows where). There were some old Roco Minitanks which I gave away to fellow local 'gamer Ion Dowman, but in the box were these two Airfix M3 Grants. The 'hulks' looked like this. 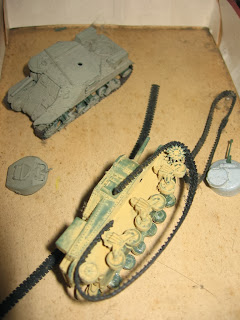 I was going to give them away as I pondered what I could do with them, after all I don't game the western desert. Then I remembered that M3s were sent to Russia under the lend lease scheme.

So .. I started with some deconstruction. The track assemblies looked to have been assembled by a young child, so most of the bogies had to be sawn off and re-attached in straight lines. 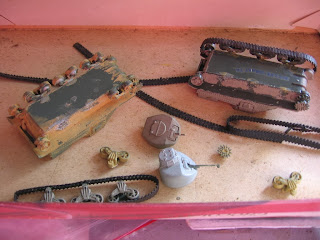 I should have done more, but there are limits to my patience these days. I really wanted two of the Grant turrets with the cupola on top. I managed to find some bits in the spares box, but no gun assembly with which to complete the turret, so the second continues with the flatter turret more familiar in the desert setting. It'll do for now, although it really needs a new 37mm gun barrel.

The tracks are also a little too long, but I was in no mood to cut them off and re-glue (they's mostly been glued to the bogies with some tyrant glue that was never going to 'give up', and they are also a little brittle with age. I sensed a disaster brewing if I went too far.

Re-assembly completed, a couple of judicious coats of olive green, a wash, and some lining out and there are two M3s for service on the eastern front. 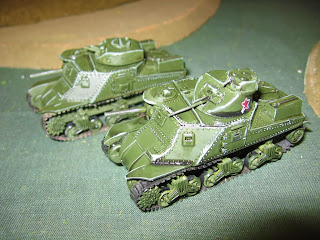 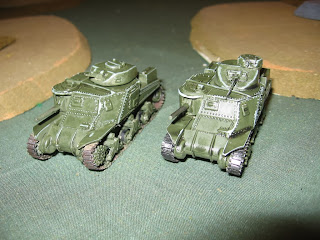 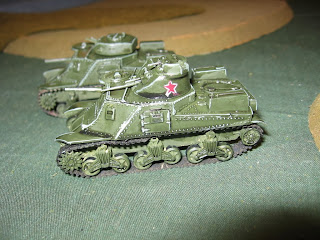 These are not tanks you'd take if you were a 'power 'gamer'. Their Spearhead statistics are mediocre at best, but they will add some nice visual variation to a Soviet armoured regiment.