Volley and Bayonet in the Sudan

I've made no secret of my opinion that Volley and Bayonet is arguably one of the best 1700-1900 rules sets written. That is to say, it's the one that best matches my own 'gaming paradigm. Good friend Adrian has written some nice little amendments that allow it to play very nicely for the Colonial period. The British and Egyptian infantry are mounted onto linear stands, while the Dervish infantry all fight on massed stands. The photos below show our most recent Colonial adventures, with chaps fighting hard under the hot desert sun for the sake of the Empire (British, or Dervish, depending upon your preference). The troops are 15mm (mostly Essex, painted by Adrian Powell). The steamer was scratch built by Adrian.

The British forces have a mule 'train' of wagons carrying wounded soldiers, including the esteemed Lord N Derwear) that they must get to the waiting paddle steamer for evacuation down river. The assembled Dervish forces know that it would be a great victory for their forces, and a slap in the face for the invading British, if they can stop the 'train' making it to the steamer, and capture Lord Derwear.

The photos follow the sequence of the battle, as the Mule train races forward, covered by both Egyptian forces and those brave few British. They are oriented with the British 'train' travelling from right to left in each photo. Adrian commanded the British, while Andy and I commanded the Dervish forces.

The early stages saw the Dervish attackers looking as if they would to stop the train in its tracks (as it were), with Dervish cavalry entering from behind the right flank of the fleeing forces. With the aid of fanatical Dervish troops advancing from the right of the train, they wiped out the escorting Egyptian forces. But the valiant Egyptian infantry had sold their lives dearly, winning the time necessary for the mule train to be passed into the hands of the waiting British Camel Corp troops. The Camel Corps was able to escort the train towards safety, holding up the bulk of the remaining Dervish infantry long enough.

The final photo shows the mule train racing towards the welcoming arms of the waiting British forces and the steamer in the river, with the last of the Dervish cavalry coming up short in the face of fierce volleys from the British infantry standing waiting.

In the midst of the battle photos are Adrian and Andy, facing off mid battle as Andy's Dervishes throw themselves at the Egyptian infantry. 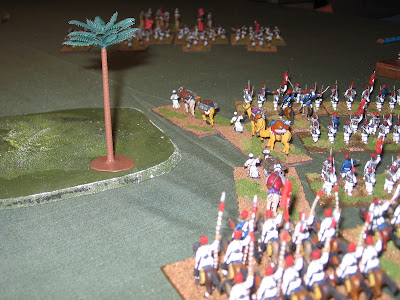 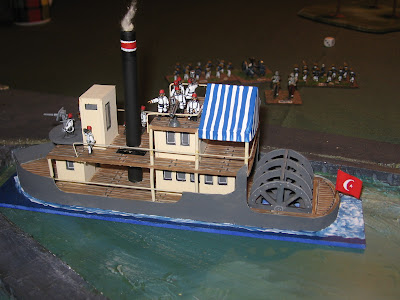 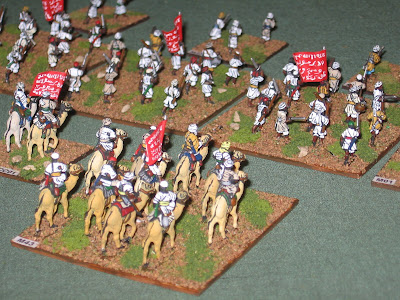 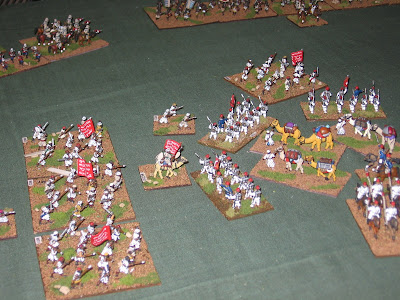 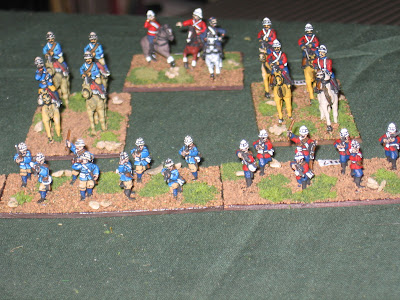 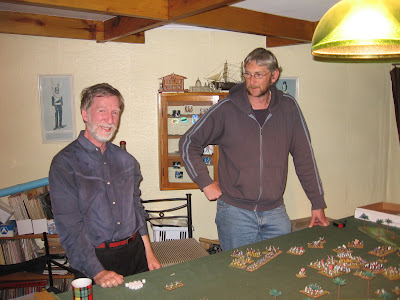 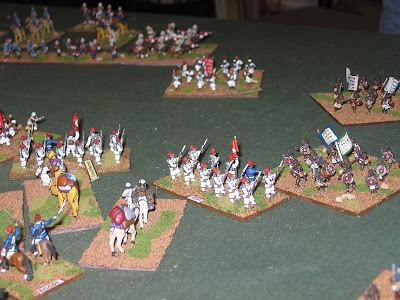 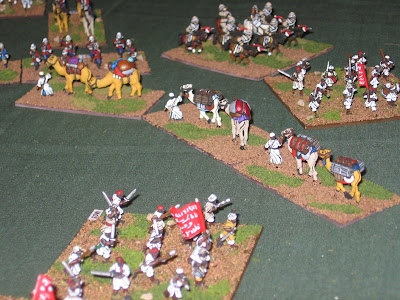 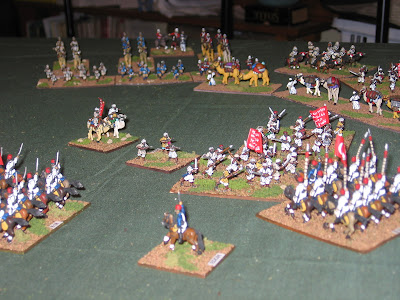 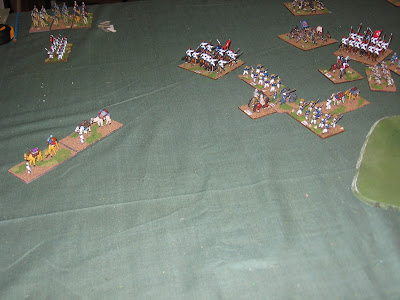