Angel Flyers take on the Elves...

Another saga in the round of HotT games, this time with two armies facing opponents for the first time: Lorraine's Angels, and Adrian's Elves. Lorraine was busy, so I had the homour of commanding the Angels.
The Angel army is all flyers with:
1 x Aerial Heroine general
2 x Airboats
6 x Flyers
The Elves boasted:
1 x Magician General
1 x Paladin
3 x Flyers
2 x Shooters
3 x Spears
The battle began innocently enough with the Elves defending and taking first turn. They were however left pretty well unmolested and able to deploy as they wished as I managed to throw a 1 for PIPs for the first three turns - those Angels were going nowhere. This first photo shows the Angels right flank with the Aerial Heroine supported by 4 flyers. The Angels had deployed the two airboats on the left, supported by the remaining flyers. 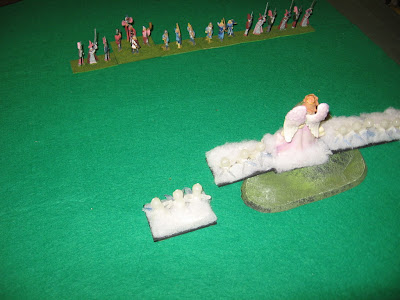 Adrian had deployed his Paladin on his right, a long way away from the Magician in order to avoid the "purer than pure" influence of the Paladin on his Magician. The Paladin and flyers went straight into action. attacking the Angels left. The first combat saw the Paladin eliminate an airboat.. high factors combined with a '6' made quite an impression!! Early Elven magic had also driven an angel flyer to flee from the battlefield. 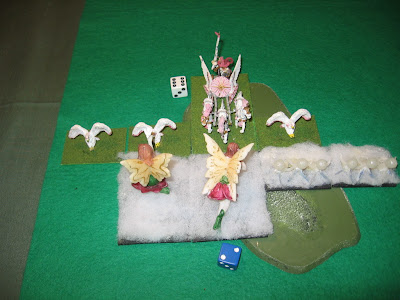 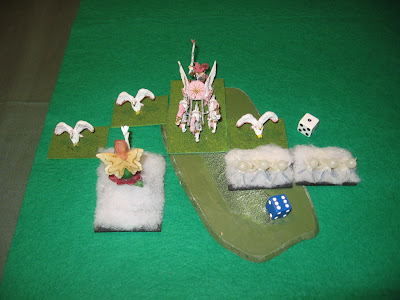 Finally getting some movement PIPs, the Angel Heroine attacked the exposed flank of the Elven left wing, supported by a flyer. Initially however the Heroine was repulsed buy this '1' vs '5' 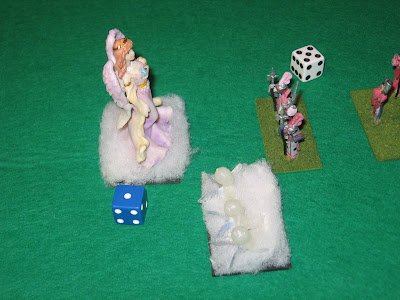 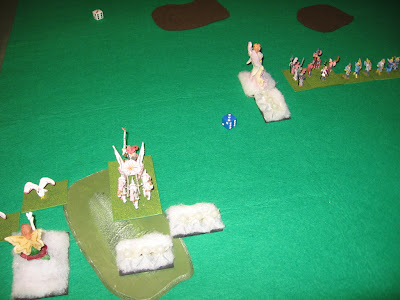 The Elven Magician was exposed as a result of a successful round of combat. 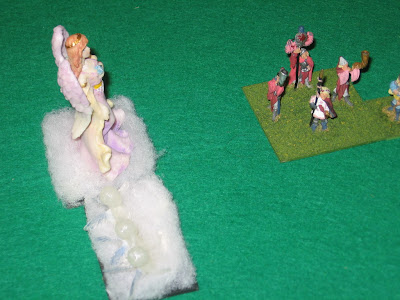 Finally the Aerial Heroine confronted the Elven Magician General. Even a '1' vs '4' wasn't enough to save the Magician, and that was the game. 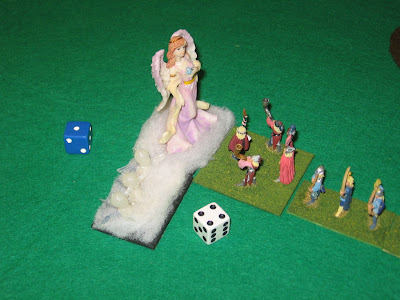 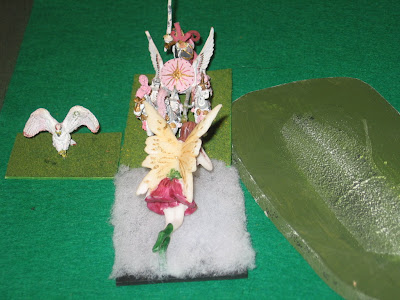 Here's a nice close-up of Adrian's Elven Paladin.. nice work. It was the first time we had used a Paladin in battle.. very powerful troops.. ouch ... Certainly saw my airboats off!! 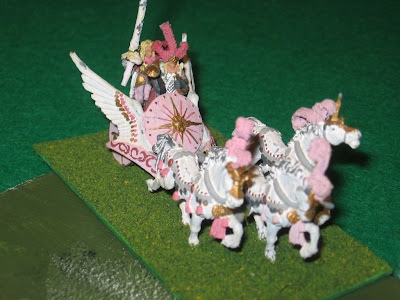 We've had three HotT tournaments now since we created the "Emperor Dragon Trophy" back in 2008. Here's the trophy, currently residing 'chez moi' after the recent HotT Carnage tournament. I won it by the skin of my teeth, on casualty count back from Nick G, a worthy opponent!! Thanks Nick. 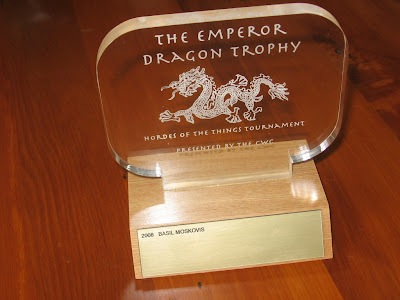 I've been doing some more work on the Dwarven host, preparing it for battle. It's been a slow job, with interruptions from work etc.. sigh...

along with a Lord, a BSB and a Dragon Slayer.

I have yet to strengthen the Miners and Slayer units to 15 figures, and also add a Gyrocopter, a Runelord and and another Lord figure. I've reduced the resolution of the photos, to reduce file size. Hopefully that doesn't impact too much on their quality. I'll have to take a short break form the Dwarfs; the BAOR Brits need reinforcement (there's a battalion of Mechanised Infantry that require completion) and a Spanish Iberian DBA army to complete before the Woolston DBA day in January.. it's all go!!). In the meantime I think I'm about ready to come "out of the closet" with the Dwarven army and try these guys on the table top against a few new opponents. 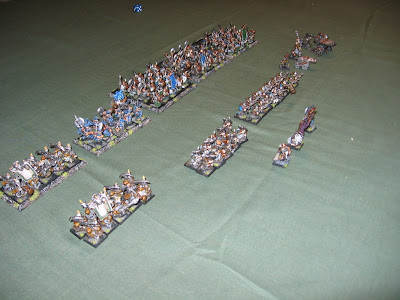 The new Ranger unit, armed with Great weapons,... I have plans for these guys, even though Quarrelers were possibly a better option for Rangers. 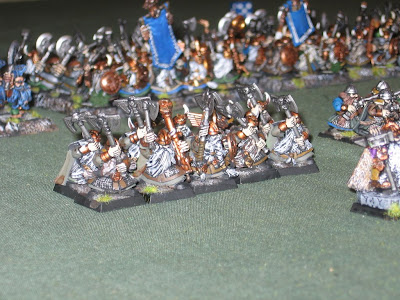 The Organ Gun, with crew. 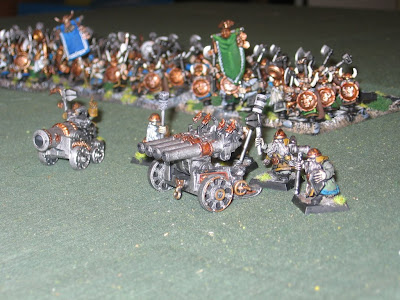 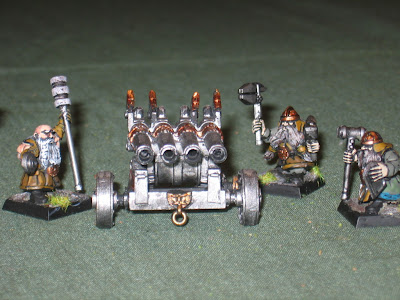 The cannon, with crew.. I'm still one figure short.. 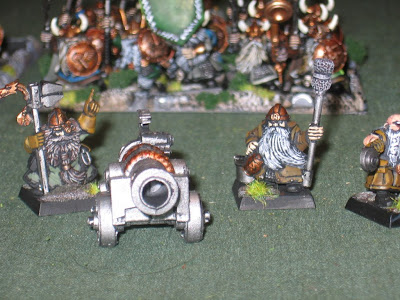 The new unit of warriors.. with a number of older figures given to me by friend Andy. 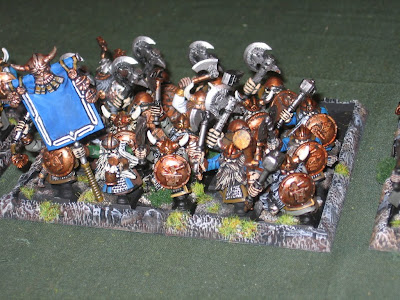