Time for another HotT game, this time the Undead necromancers and their undead hordes are attacking the peoples of the Lost Worlds. 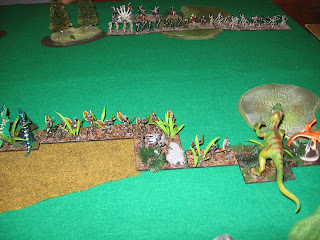 The Necromancers raise their Undead minions: shooters and blades (a veritable swag of grim reapers). 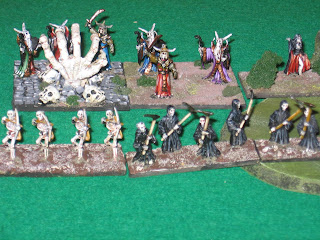 The Undead advance against the Lost Worlds warriors, 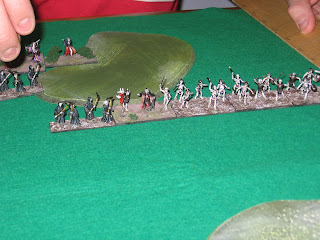 The Lost Worlds forces advance to attack the Undead left, but the shooters soon show the beasts of the Lost Worlds who's who, with a shot at 6 vs 1 .. aha, only one outcome there - ouch!! 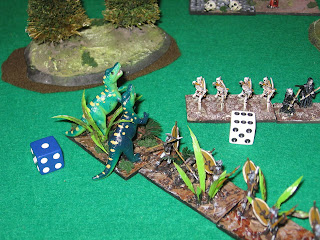 The Lost Worlds stronghold, the prize that the Undead Hordes seek. 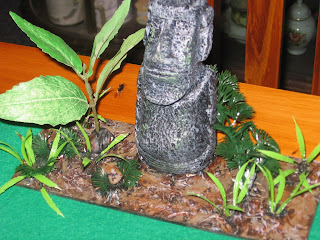 Without their beasts in support, the LWs warband are looking a little less sold than they did. 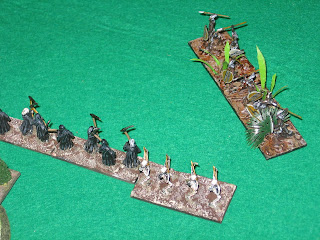 Magic bolts arc through the air, energy crackling as magic bolts flash between the two armies. 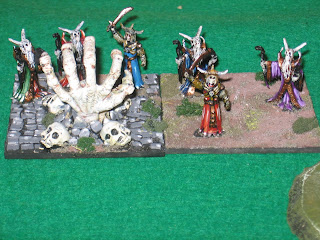 The Undead sneaker Vampiress awaits the opportunity to emerge from behind the skeleton legions. 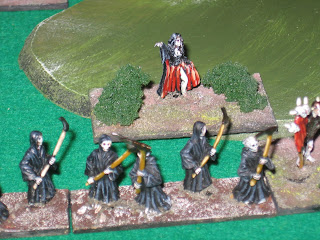 Once more magic bolts crackle across the Battlefield, and a LW flyer plummets to the ground .. yes, DEAD!! 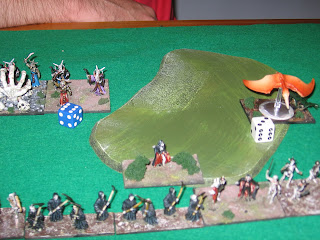 Meanwhile the LWs own magician begins to make his own presence felt. 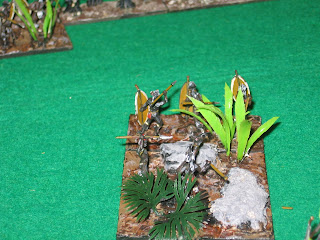 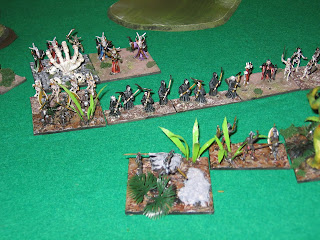 The Undead Hero disappears in a puff of magic and smoke, ensorcelled (on a 1 to 6, about the only bright spot in the entire game for the poor LWs army). We realise that you don't mark the position of ensorcelled Heros with a marker, but the photo opportunity seemed to good to miss, especially since I had only recently found the frog. 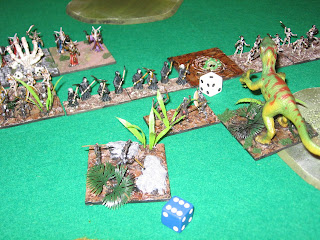 Finally the LWs' great Ape God appears, but it's already too late, the day is lost. The heart has been ripped from the Lost Worlds army, their warriors now joining the legions of the Undead, as the Necromancers weave their magic on the still warm corpses that litter the battlefield. 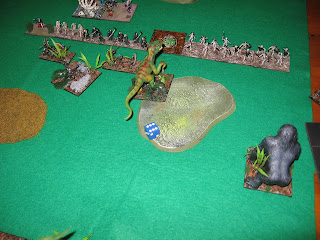 This was another great game with the deceptively simple HotT fantasy rules. We really must try some Big Battle HotT for even more HotT goodness.
at March 19, 2010 1 comment: