The Epic Armageddon armies languish in the drawer .. GW Space Marines of old, rarely used in the decade or more that I have owned them. When Mantic's Firefight and Warpath rules came out we bought them, not because we were dissatisfied with Epic. Quite the contrary, a great set of rules. We sadly play them too rarely to be able to master them with any degree of confidence. What I thought I was seeing in Firefight and Warpath was what I have described as 'Epic Lite'. Similar clever mechanisms, simpler rules, and similar nuance.

We'd tried Firefight a couple of years ago, but had yet to try Warpath, the macro level version of the game, and Andy felt that this would be a good use of those 6mm Epic armies. So tonight we gave them a try. The figures work well, although mapping the old GW armies across to Warpath isn't totally seamless. However, the rules worked well, we used a very simple version with small forces and no orders. Next step will be to add greater variety of forces, and use of the orders system which is simple but again almost elegant.

Here, some photos of the small game in action, using the 6mm Epic figures: my 'space marines' counting as Enforcers, Andy's Eldar counting as GCPS 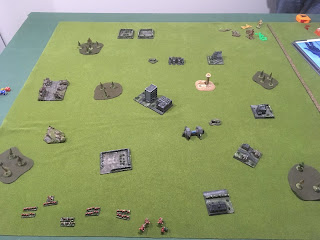 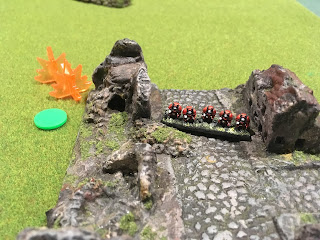 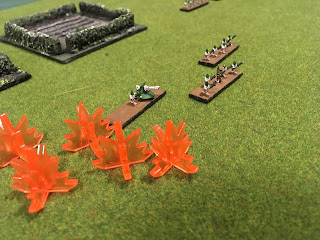 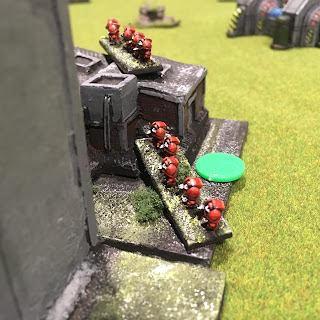 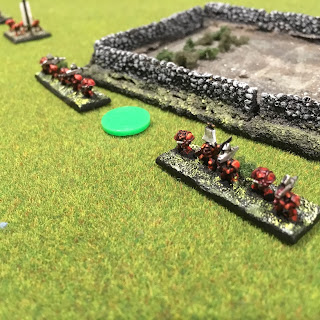 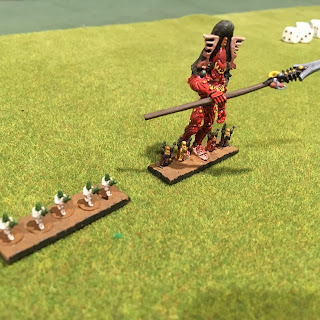 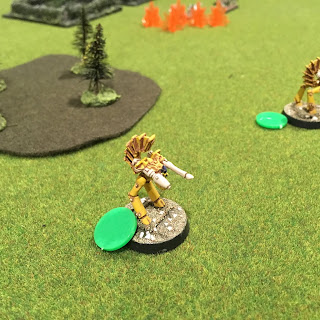 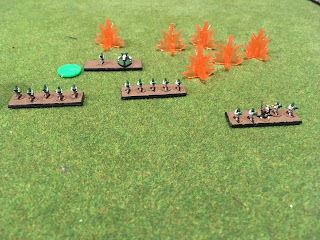 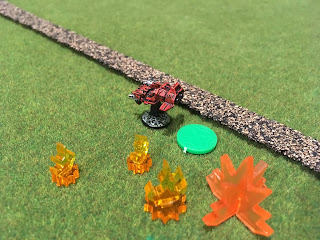 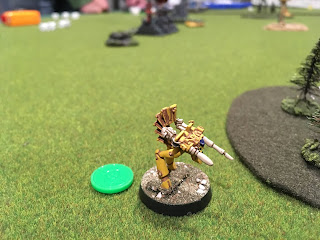