I have found myself recently returning to an old gaming fave .. ancients, with two different rules sets. First a return to DBA with DBA 3.0. Having tried a few games with Keith, I signed up for a tournament, and then recently hosted three others for an evening of three games each, all played using medieval armies (Book IV). All the games were played using 15mm armies. A few photos ... 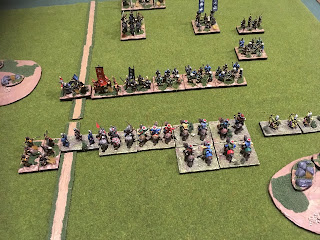 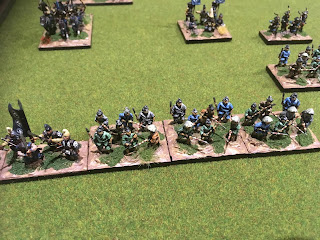 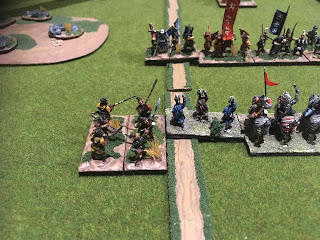 Then last night I caught up with Adrian again for a couple of games using Armati, fielding Egyptians and Hittites. 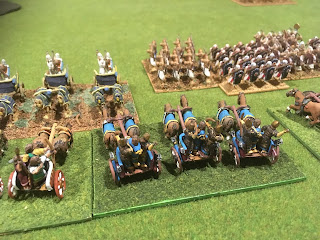 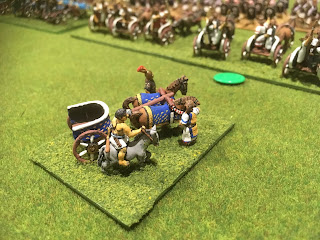 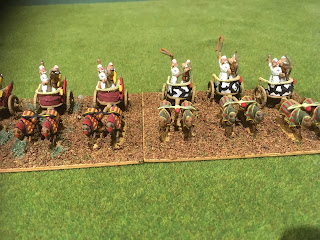 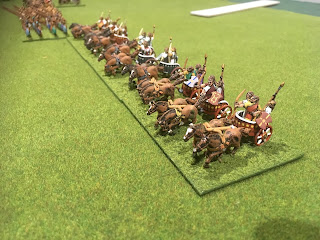 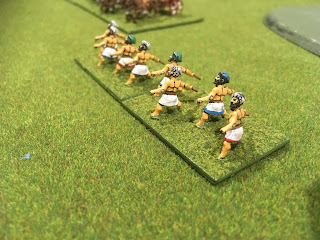 As you'd expect, each rules set gives a different game, but all equally enjoyable. I'd forgotten how much I enjoy the period, the armies, and the games.
at December 22, 2018 1 comment:

While I have several projects 'snapping at my heels', so to speak, I am trying to make progress on the 72 point HotT Weird World War 1 army. The army needed some riders, but I didn't want to go for traditional horsed cavalry, even though my original creative vision had been for horses wearing gas masks, in the same way that many of the non re-animated infantry are.

The concept of 'riders' seemed to speak to me of interesting. weird, oddball vehicle creations, not all human crewed. I spent a lot of time rifling through the traditional spares box (the modeller's 'pandora's box)  looking for bits, but more importantly looking for inspiration. I had a mental picture of what I wanted, but individually none of the eventual creations look much like that at all. However collectively I like the look of the 'unit'. In the best gestalt psychology tradition, the whole is more than the sum of the parts.

I had some spare 'Airfix Tiger 1' road wheels, and kept coming back to these, along with a series of crew from the Airfix WW1 RHA 13/18pdr gun sets (the figures riding on the limber).

The Tiger 1 wheels were the basis for all three riders. 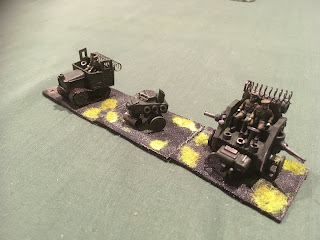 This first vehicle is mostly scratch built from card and bits, with a couple of kit set spares added in. 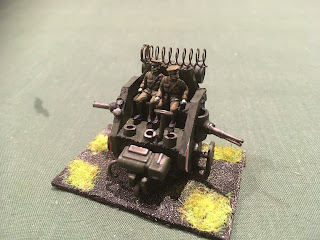 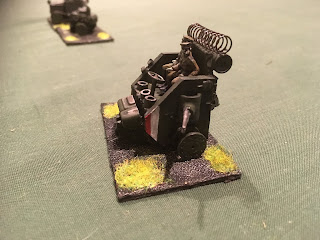 The second was an attempt at a different look, but again one that didn't quite meet my expectations. I guess it might be a remote controlled vehicle rider? The body was shaped from a block of balsa wood, with detail added from the spares box again. 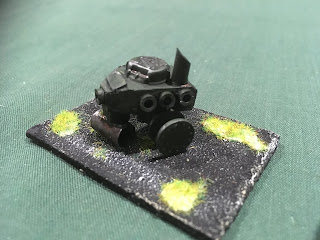 For the third attempt, I was attracted to the spare cab from an Airfix Scammell tank transporter. I think it was the delightful relief rivet detail that captured my eye. The cab was attacked with a razor saw. The Tiger road wheels are positioned at the front, and I found some spare rubberised tank track (no idea what it came from) that became the track units for either side. 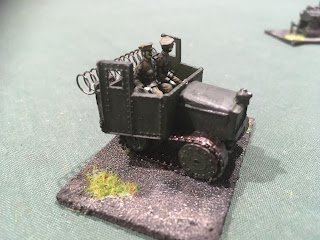 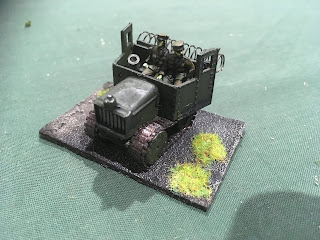 So, three riders that hopefully will look the part when seen amidst the army as a whole.

That means I have 56 of those 72 points. There is still the Be2 airboat to build, which leaves 13 points to find/create... from somewhere/something.
at December 20, 2018 1 comment: