Finally with the end of the academic year I have been able to finish these beauties: Austro-Hungarian cavalry for the 'Eastern Front 1914' project. They are based in my usual WW1 cavalry manner, a mounted and a foot figure on each base, based of course for Great War Spearhead.

The mounted figures are from the Irregular Miniatures WW1 20mm range. I was unable to find any dismounted cavalry figures so opted to use the HaT Austro-Hungarian infantry. 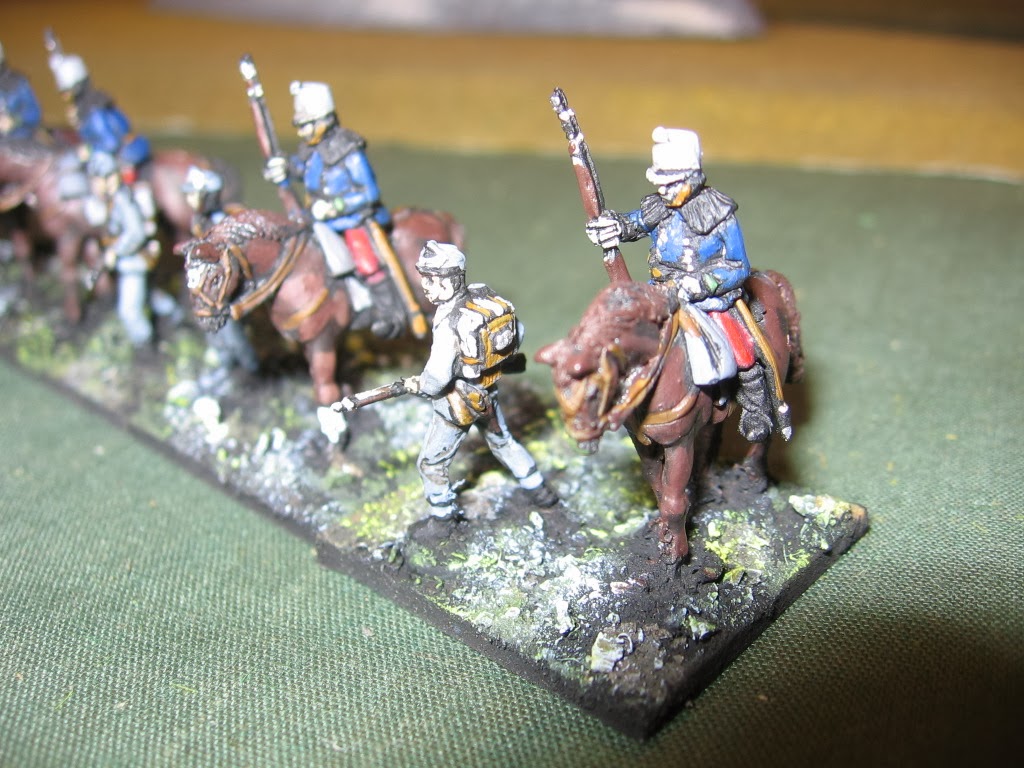 The cavalry figures are painted up in the uniforms in which the AH cavalry went to war in August 1914: red trousers and blue tunics. Some of the Hussar regiments had a sky blue tunic, but I opted for the (apparently) more common darker blue.