It's July, so it must be.. 'A HotT Winter's day' time again. This is n of our two HotT (Hordes of the Things) tournaments that have become a regular part of the wargames tournament scene in Christchurch, and ths year the combatants were Kevin, Gordon, Stan , Nick, Mark and me. Six is a nice number, no need for draws, everyone just plays everyone else over five rounds. Rather than a series of drawn out after action reports, here are a few shots from some of the games. For several years we have played the tournament so that players can change their army through the tournament. This means that we see a wonderful variety of armies take to the table during the day.

This year I took my Chaos army (and stayed with it through the day):

My game against Gordon's Dwarves... 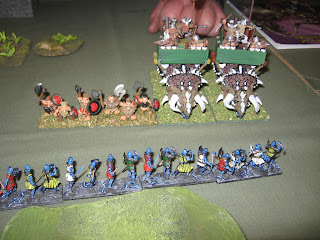 Nick's Skellies army on the next table... and his bone dragon (I did say 'there be dragons'!!) 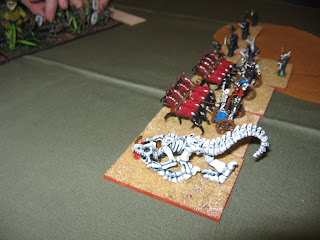 Meantime, back where the action was... the dwarves succumbed.. 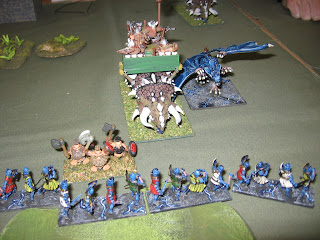 Next game I played was against Stan's 'Thomas the tank engine' army. This is brilliant, and first featured at one of our tournaments last year. 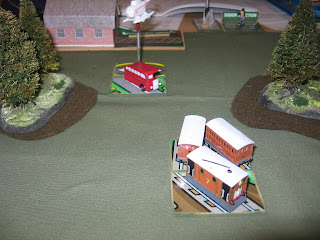 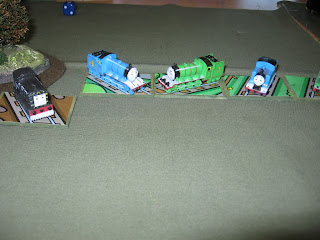 The knights were able to carve their way through those cutey engines ... 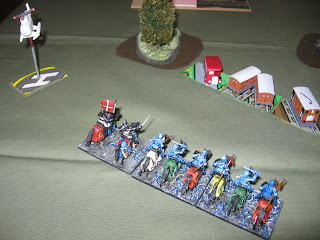 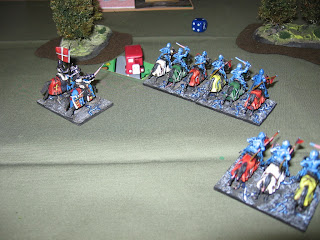 The 'new army ' of the tournament was Gordon's Vietnam War Australian army, with flyers, shooters, a hero, a  magician (an artillery observer) and a dragon (a C130.. mwahahahahahahaha). We agreed that the concept was superb!!! Well done Gordon. Sadly I don't think Gordon managed to get the dragon onto the table at any stage. A shame because it looked pretty darned spectacular. 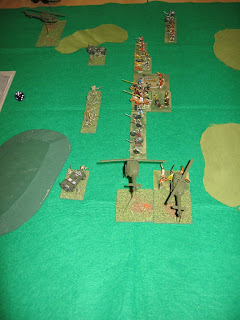 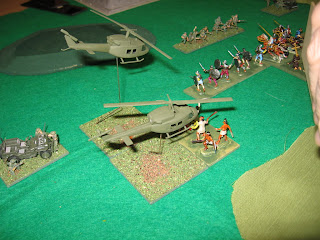 I then played Nick's Roman army.. Some how my hero managed to get locked into combat with 'Mars', Nick's God. I stupidly didn't check the combat outcomes (unwise given that I was  a little rusty on the rules this time around) and thought that Gods fled from Heroes .... DOH!!! 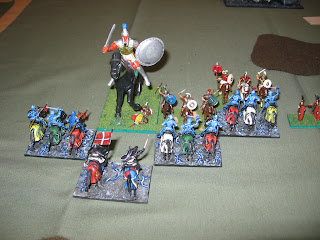 Nick inflicted my second defeat of the day (Mark had had the satisfaction of my first, beating me with my Lost Worlds army....


The overall winner was Mark O.. congratulations Mark, The Emperor Dragon Trophy is yours (when we can get it back from Nick..he!he!
at July 08, 2012 2 comments: