With the modern French army almost complete (as complete as it will be until I can order a few extra bits) I have struggled to decide what to do next. Keith was expressing the pain,  havingjust finished painting 140 horses for his current napoleonics upgrade, so I thought that I should show some solidarity.

I have had these WW2 cavalry (Russian and German) sitting in a bag since they were painted for a Rapid Fire Project in the '90s. Righto. basing up for Spearhead, as additions to the Spearhead armies. I have no idea why I bought the German army wagons, but they might be a cute little piece of eye candy for a game (serving no useful purpose). I suspect the cavalry will be of limited use as an operation unit at the tactical table top level, but for a change.. why not!!!! The figures are all from the Heroics and Ros range. 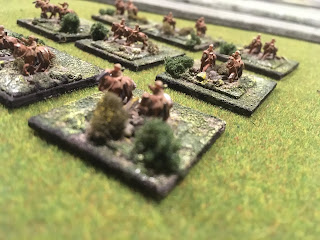 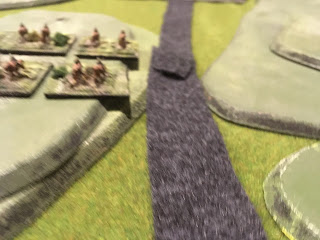 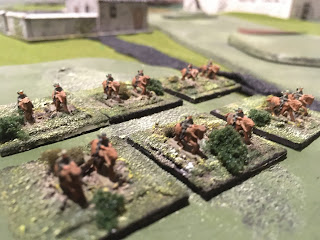 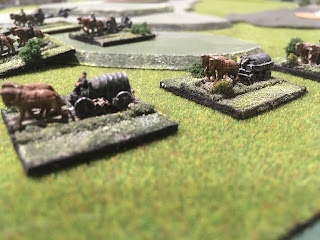 There are not really enough there for a full formation according to the OOB, but ..  These were one of those quick wins, but... that still hasn't solved the problem of what the next painting project will be.