From the beginning of my planning of the Turkish VSF army, I had a behemoth in mind. I was inspired by some of the images of vehicles produced for the Dystopian Wars range by Spartan Games. For 20+ years I've had several turned wooden ends from some old curtain rails that were in our previous house when we first moved in, and in my mind's eye they always looked a little like Minaret towers. Inspired by Spartan Games, I could see one of the curtain rail ends becoming a minaret tower on wheels or tracks. With that idea in mind I took to the spares box, and began playing around with some of the pieces I'd accumulated over 40 years. Initially I thought of using the cab from an old Airfix Scammell Tank Transporter. However it was going to be too large, so the cab was discarded relatively quickly. That left me with the curtain knob, a napoleonic cannon, and also the tracks from an Airfix M3 Lee/Grant tank. 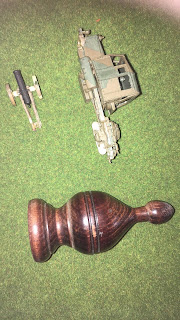 A hull was first constructed from heavy card, with the tracks fitted to either side. 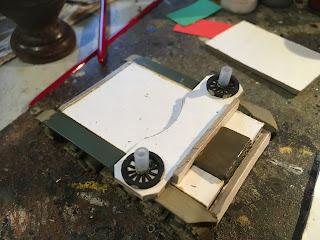 I built the hull with a weapons platform, and the minaret tower at the rear representing a crew/fighting compartment. 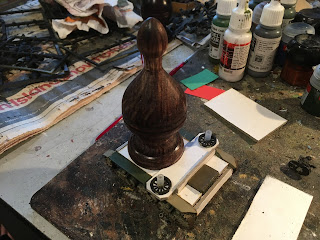 The wheels from the napoleonic cannon made a good base for secondary weapons, with the crew from the HaT British Gardner and Gatling gun set. Short sections cut from an old biro tube created the stands for the weapons. 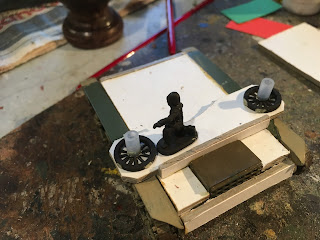 The cannon was used to create the main armament, mounted on half a fuel tank from an Airfix T34 tank kit. The elevating mechanism is again a biro tube with a spring on the outside. 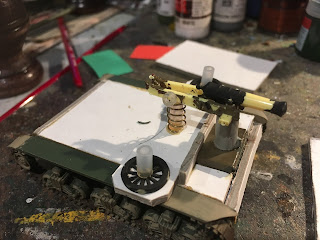 A lego gear wheel was added to the side of the gun, and then light card, marked to give a rivet like look, was added across the hull top. 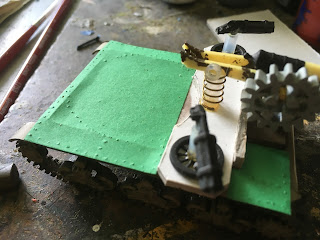 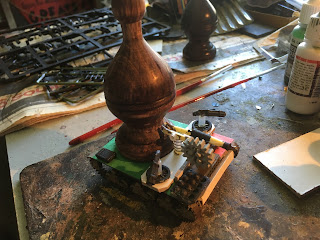 The secondary guns are multi barrel pistols from the GW Empire Pistollier set, modified to sit on their stands. 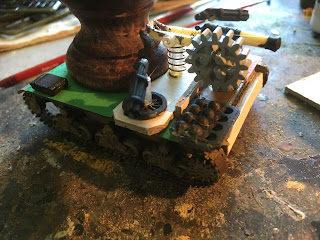 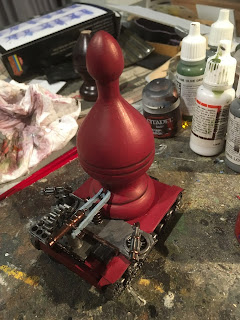 The 'minaret' needed some adornment, so I created a 'dormer' front window from card. 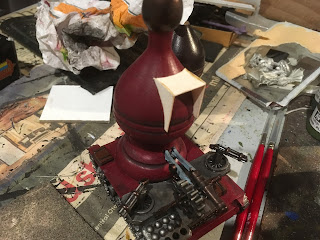 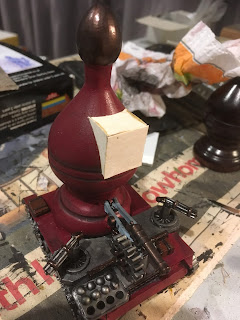 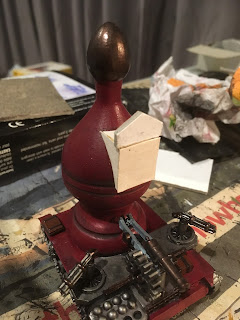 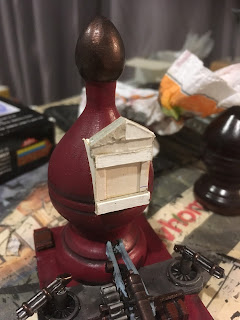 The window was then painted in (a fairly poor and vague) imitation of an Ottoman stained glass window. 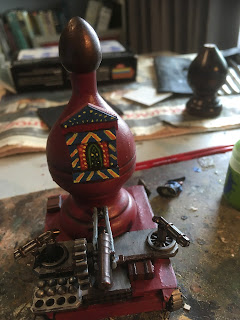 Finally side skirts were added to make the M3 look of the tracks a little less obvious (although they are what they are, so there's no way I was going to hide that look completely). 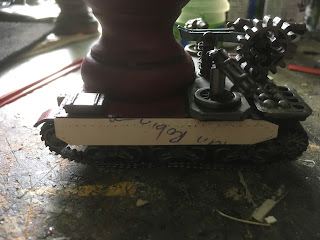 And so the finished product - a Turkish Victorian Science Fiction behemoth. 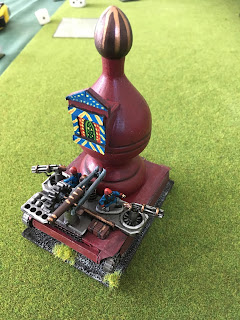 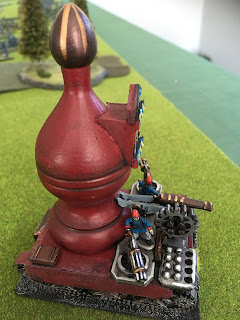 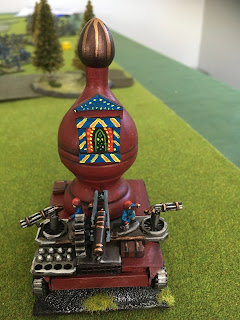 That just leaves the Stronghold to be built .. I think more Minaret towers are in order...
at January 14, 2018 8 comments: