A great photo of Austro-Hungarian uniforms

As I continue to ponder details for the eastern front project, I found this on the web (yes a Wiki page) .. and I don't think that it has been colourised. An interesting perspective on uniform colours.


The Russian guard uniforms are interesting too.

The photograph is labelled as of 1915 vintage. Now, back to some more Russians.

On the Eastern Front theme

Discovered on the Bundesarchiv, this footage of Tarnapol 1917. Some Germans, Austrians and Russians.

The last of the sprues of unfinished Austro Hungarians for the 1914 Eastern Front project (which doesn't mean that's all the project demands, just that this is the last of the figures rediscovered awaiting painting). I've reverted to the 'pike grey' uniform colour for these, and will probably retain that for the remainder of the AH infantry division. I've previously gone for the bluer interpretation of the colour, but am not convinced by those sources. My trusty Almark book is quite definite about the grey colour.

These photos remind me that close up photography is less than forgiving of this painting style which works well on the tabletop but sometimes doesn't stand up to too close a scrutiny. 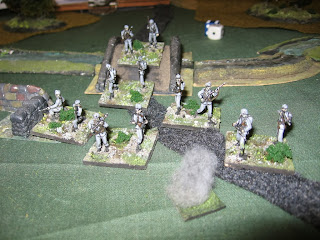 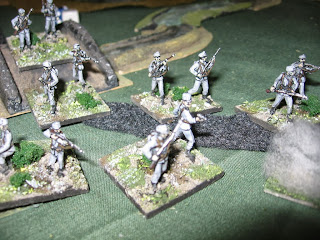 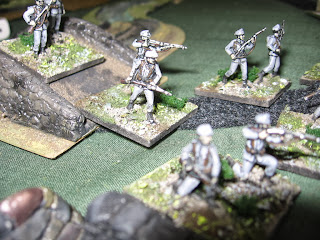 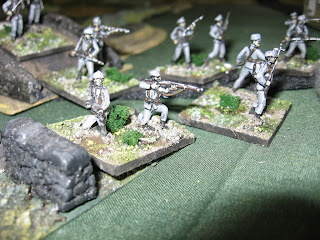 I am now about to attack the three remaining sprues of 1914 HaT Russian infantry which will complete the Russian Infantry Division.
at September 27, 2013 2 comments:

Yep, I guess you could say my wargaming interests are more than a little eclectic. Having finished 20 Warhammer 40K Cultists, the release of Great War Spearhead II has rekindled my fascination with the WW1 period. Browsing through the boxes of unpainted figures (as I contemplate packing everything up in preparation for the house/garage/games room demolition and rebuild) I realised that I still had some figures left in a box of HaT 20mm WW1 Austrians. These are a part of the slow running 'Eastern Front 1914' project, for which I had painted up one Austrian infantry regiment to take its place alongside the Germans in combat against my 1914 Russians (themselves still not quite complete.. sigh, you get the picture).

Only one thing for it: paint up these Austrians.

So here are the first 5 of 11 bases (that's how many figures were left in the box). 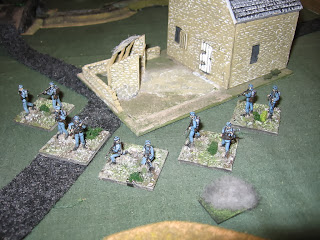 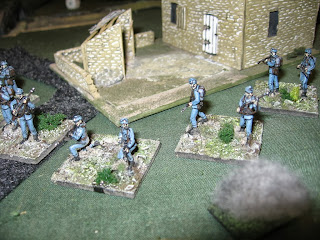 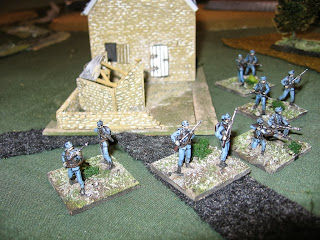 Cambrai: an after action report of epic proportions

Over on my web page I've just posted an after action report of an epic refight of the Battle of Cambrai 1917.

I thought the timing was appropriate given that Great War Spearhead II has just been published.

If you go to The Great Adventure and click on After Action Reports you'll find the AAR
at September 23, 2013 No comments:

After a long drawn out term I've finally finished the most recent painting project: the 20 Cultists from the latest WH40K boxed set. Last year three of us held a small painting competition in which we aimed to paint 400 points of 40K figures for Combat Patrol, and I chose Lost and the Damned. Since then the most recent rules version and Chaos Codex have come out, and L&tD has become the generic name for Chaos. Mutants have disappeared (were they ever really there?) and humans in the service of Chaos are termed Cultists.

I have quite enjoyed the painting (even though I can't quite say the same for the games rules) and so indulged myself with the purchase in order to paint some more figures. I decided to use the same theme that I'd used for my existing Mutants: pale flesh tones, rag-tag camouflage uniforms and dark base finish in order to tie these latest Cultists in with the earlier efforts. 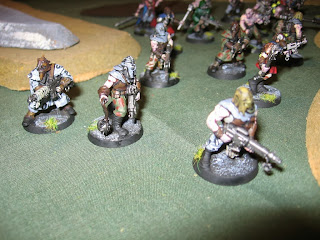 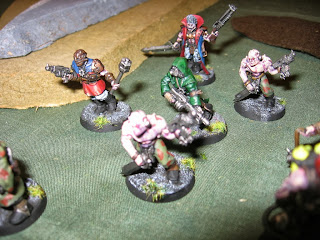 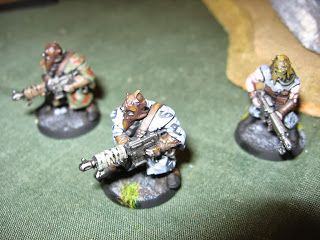 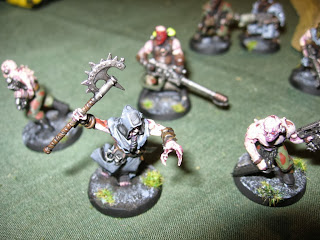 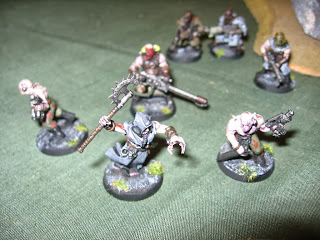 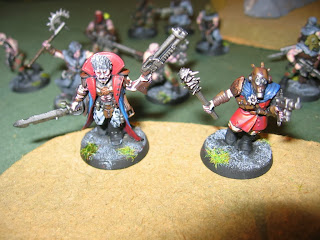 They seem to work in well together. Now competent 40K 'gamers will probably tell em that these will never be the basis for a competitive Chaos army, but.., hey .. that wasn't the aim. I've had fun painting them.
at September 22, 2013 1 comment: