"I said send me 'CAVALRY' damn it all"

The cable from Major General Carruthers, as written by his ever tactful ADC, read:

"Appreciate despatch of mounted troops with which to pursue the and subdue the heathen alien hords. Request addition of Lancers to provide punch to pursuit."

"Call these blasted mounted infantry cavalry? Give a man a horse doesn't make him a cavalry man. Give me some Lancers damn it all. Am I to be plagued forever with the incompetence of those damend scoundrels at Horse Guards?"

The second purchase from Stan last week was a box of HaT Zulu wars mounted infantry. These will be Riders for the expanded VSF army. Riders are a troop type that doesn't feature in any of my HotT armies at the moment. These will be the last of a frenetic period of figure output before the net school term starts tomorrow. I'm lining these boys \up for 'A HotT Winter's Day', our Hordes of the Things tournament scheduled for July. 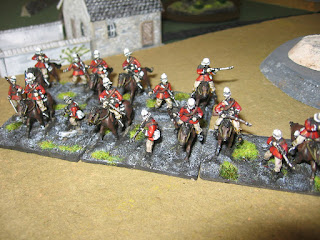 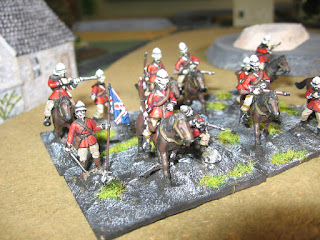 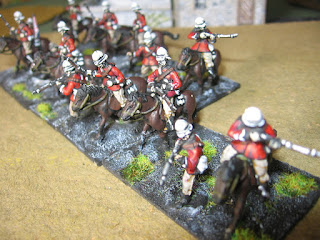 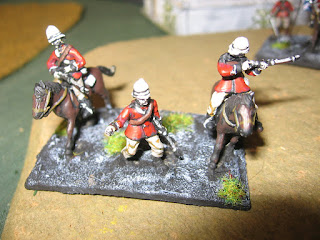