It seems that traces of corruption had been detected amongst elements of the Imperial Guard. Yep, the Sisters knew, and so they arrived on the planet surface with their infernal ultimatum: 'Repent or die'.

The Guard took first turn, and brought down a hail of fire. No effect on the Guard right. 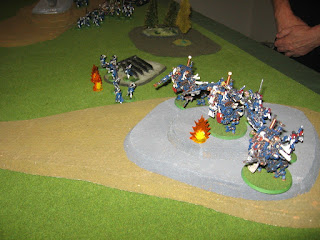 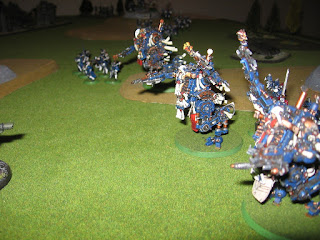 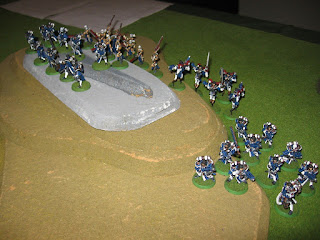 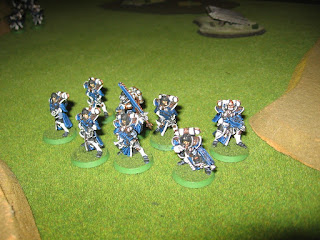 In turn 2 the Guard forces put out a lot of fire. 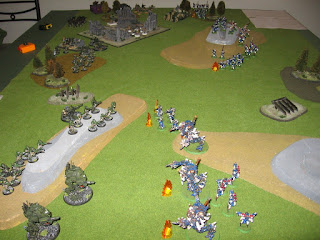 However that was all. In the Sisters turn 2 there was all hell to pay. 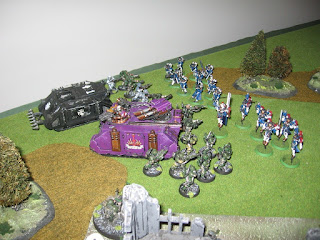 The Sisters centre takes a lot of fire too, and .. you guessed it, takes almost no casualties

Finally the Sisters Repentia see their opportunity and charge in to assist the Canoness and Seraphim. 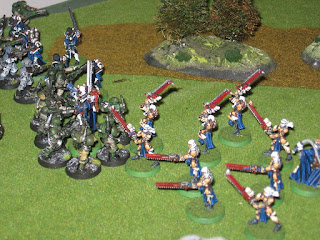 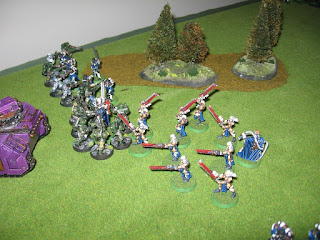 The Penitent engine charges the remaining Sentinel which .. rolls two ones 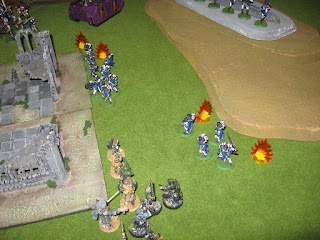 The game is conceded, the Guard have been almost wiped out. Repent or die? Apparently they took the second option.

The 5th RTR gains some reinforcements

Reinforcements for the 5th RTR in France 1940 in the form of four A13s from S Models. 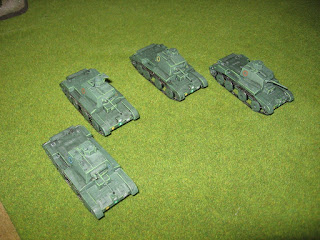 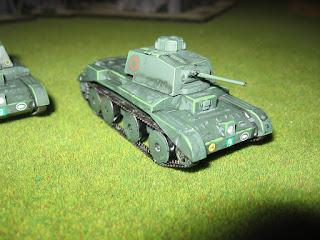 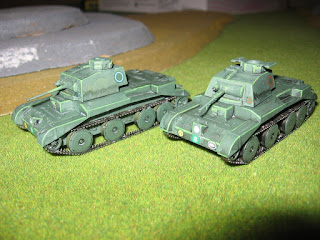 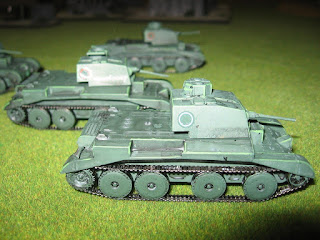 These are a nice easy build (I like that, these days). There are etched brass additions, most of which I ignore. This time I made use of the decals to add detail too. I should get my head around adding extra detail, as AFVs would never have looked like this on campaign. Crews are human beings who strap their extra stuff anywhere it will fit in the search for those extra comforts while in the field.