'The yanks are coming'

Some time ago I posted this picture.. a box with a range of 20mm US equipment that my son Nick had accumulated in preparation for a US army for Rapid Fire. Our interest in that rules set waned after a decade of play, and Nick moved on to Ancients and HotT. The figures stayed with me. The success Nick G and I found in playing Spearhead in 20mm has meant that i have renovated Russian, British and German armies over the past two years, and now it's the turn of the Americans. 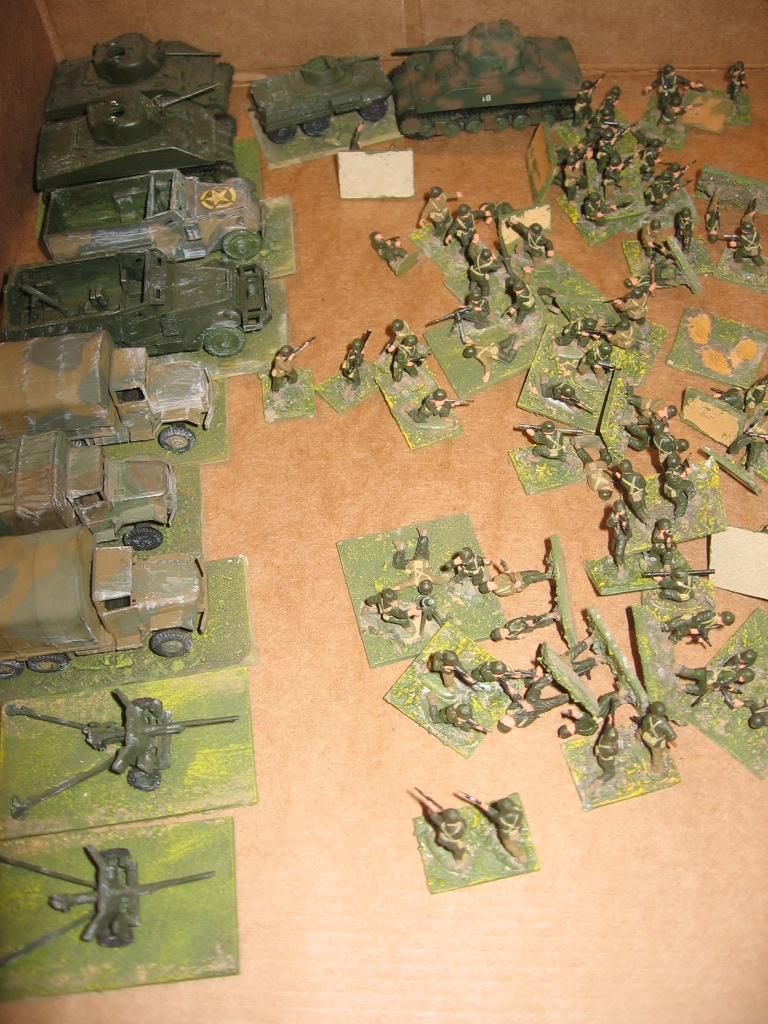 Tonight I finished basing the infantry, three battalions worth. 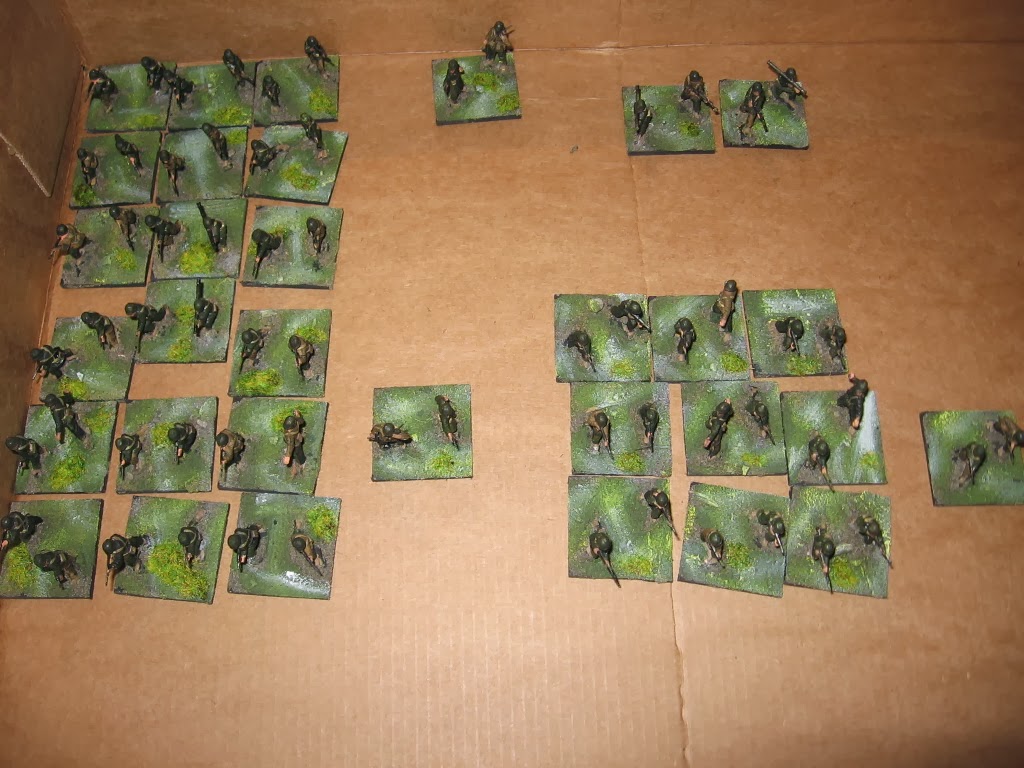 I also gave the figures a wash with Citadel 'Nuln Oil' to give the figures a little more depth. I think that Nick did a pretty reasonable paint job so there seemed to be no need to do any repainting. 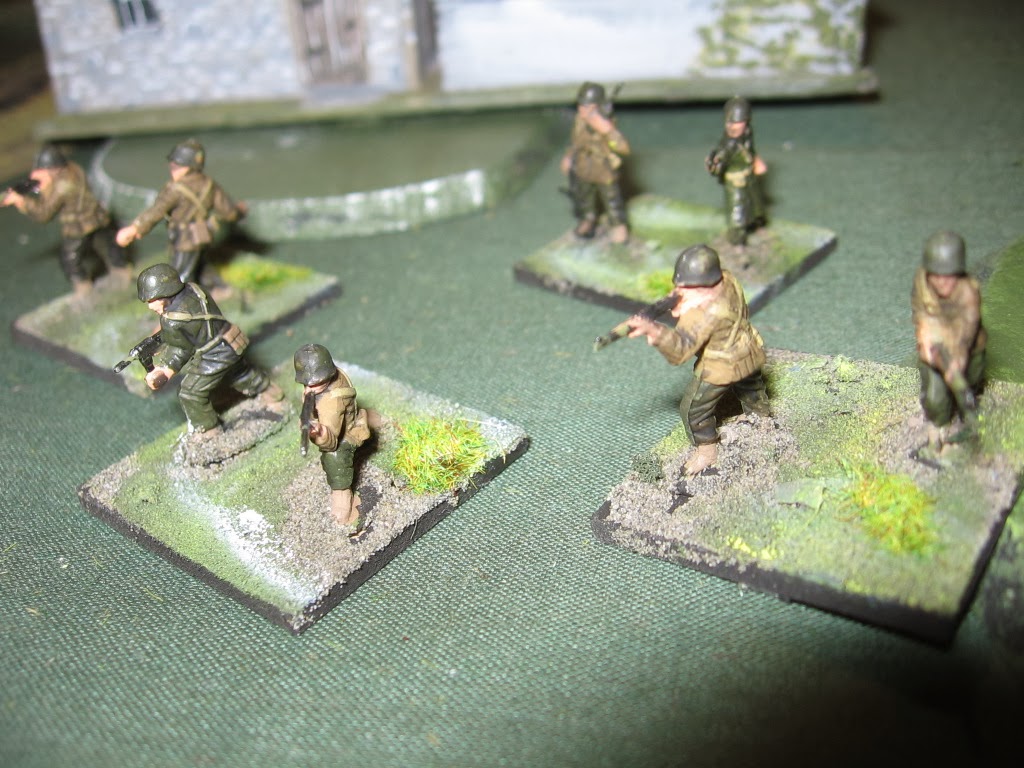 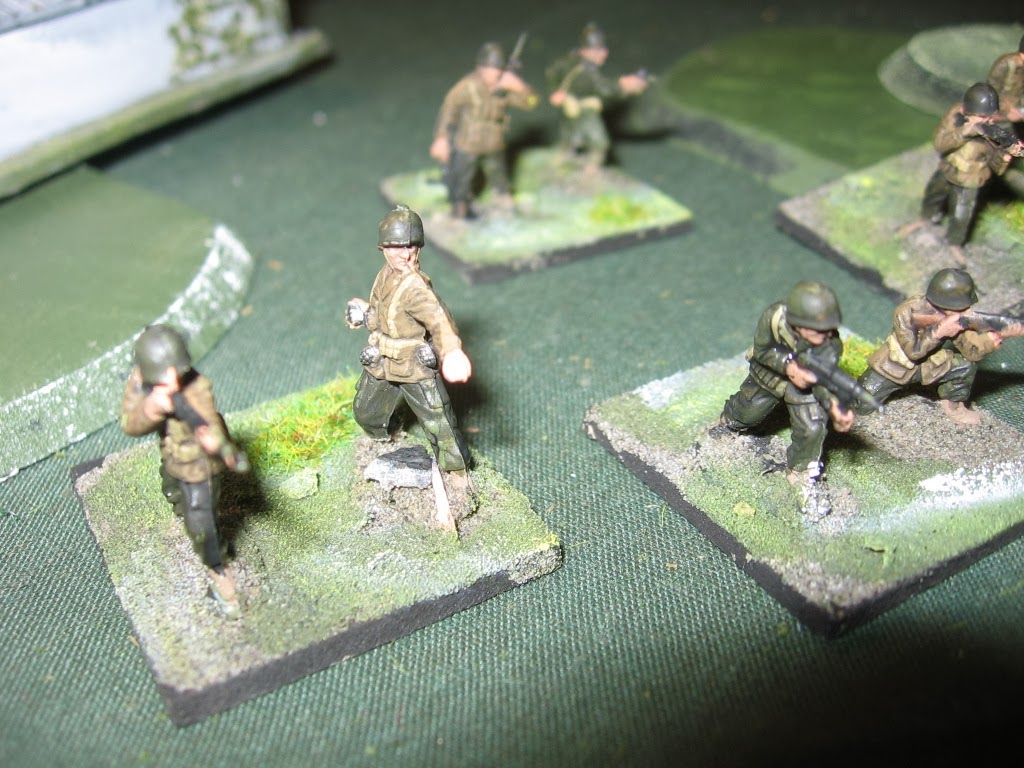 The mortars and HMG didn't really need rebasing, so there's a regiment ready for the table.
at January 21, 2014 3 comments:

Houses resurrected. this isn't a fantasy novel is it?

Way way way back at the end of 2010 I bought four ornamental houses from a $2 shop here in Christchurch. The plan was to use them as scenery with 15mm figures. The colour however were a little OTT, and so the plan was to repaint them. 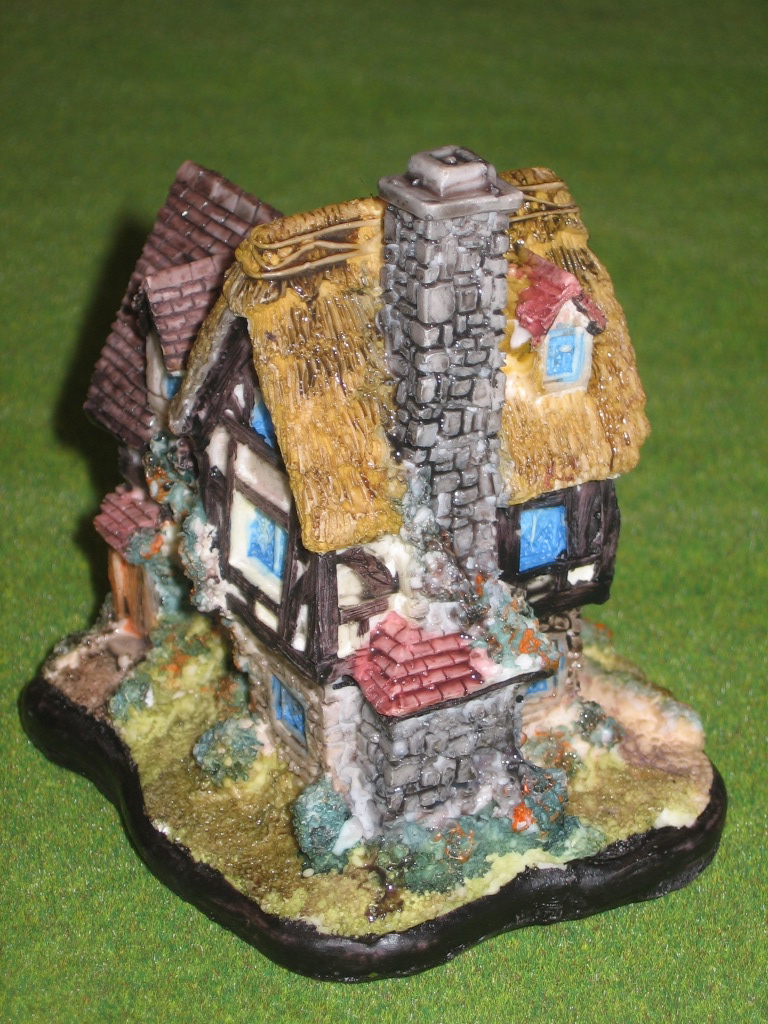 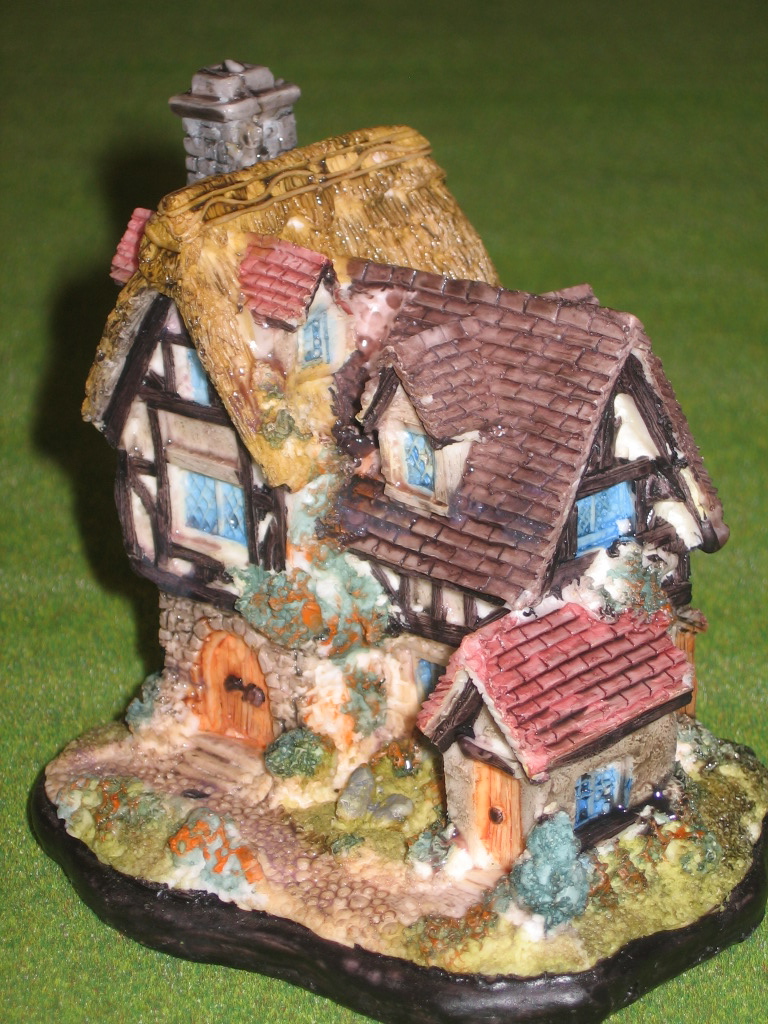 I had undercoated them and started the paint job when the 22 February earthquakes hit. The houses were thrown about a bit (much like their full sized equivalents) and suffered some damage. They have sat on the shelf for almost 3 years now, looking forlorn.

Last week I decided to get them finished. 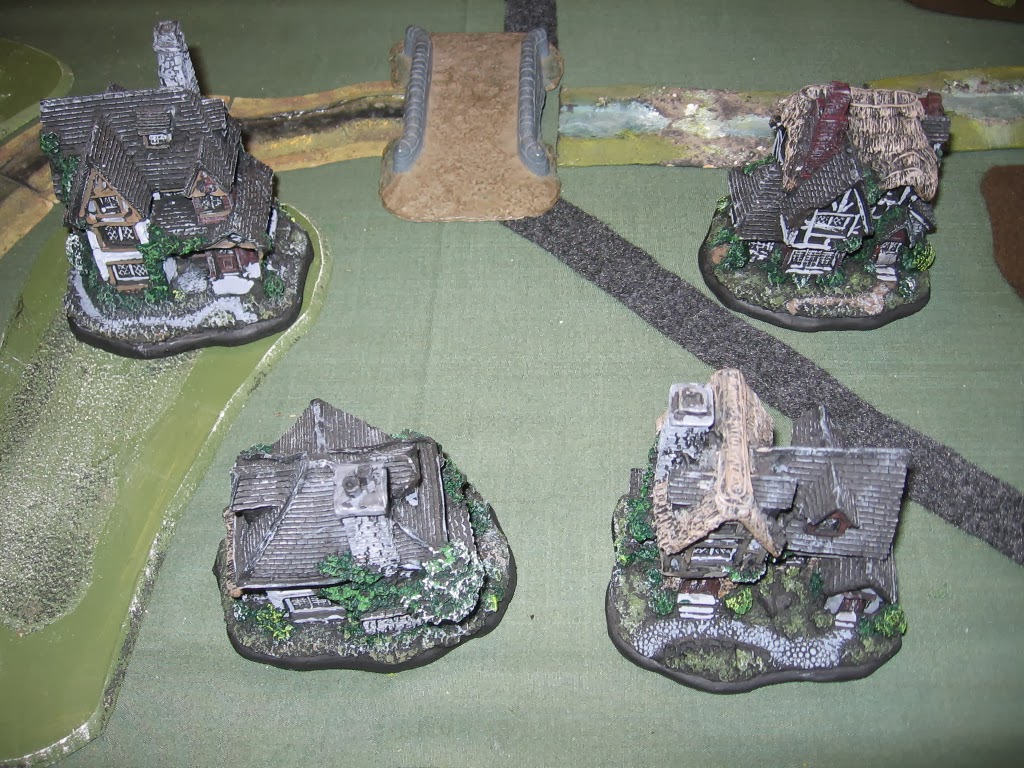 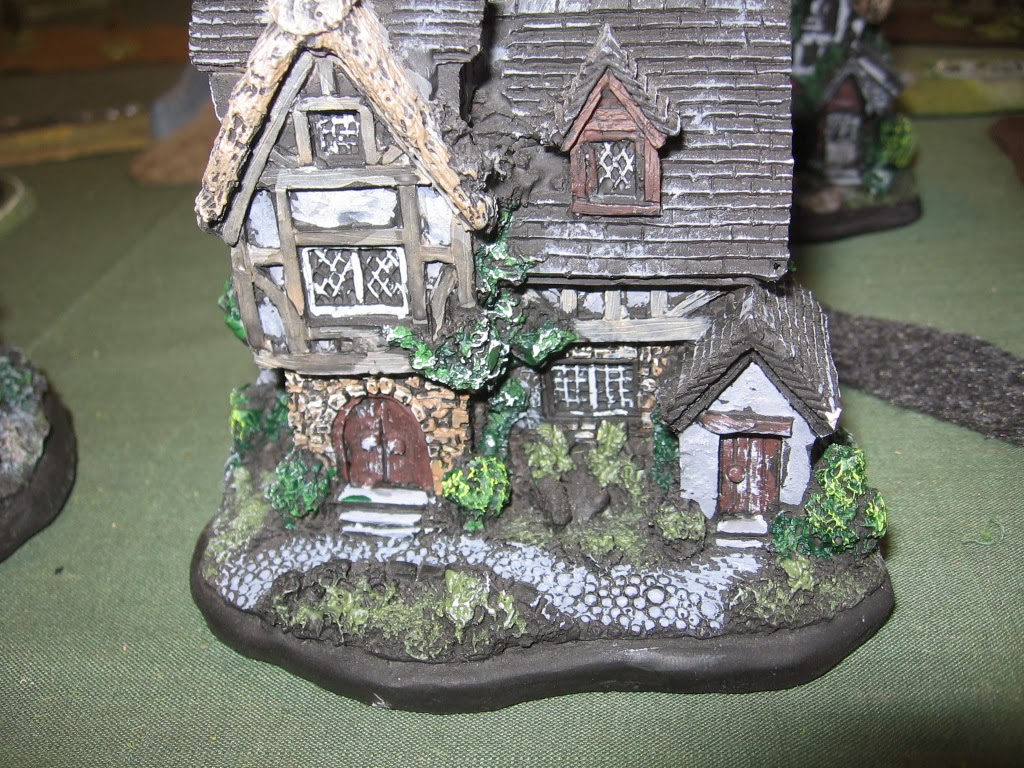 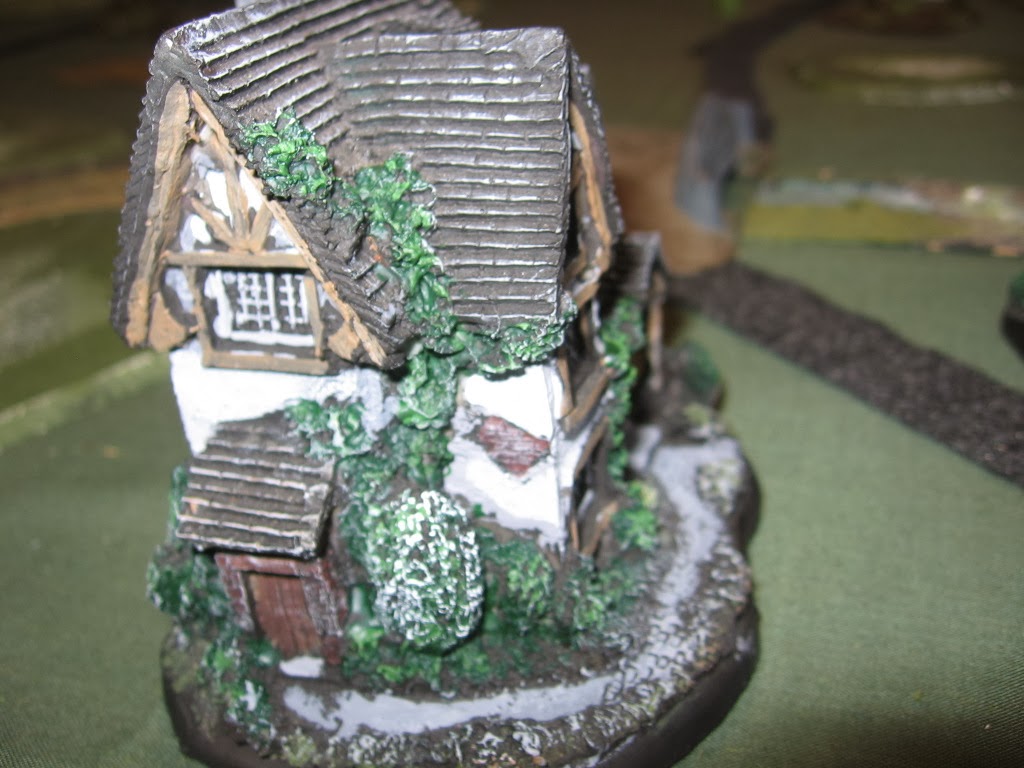 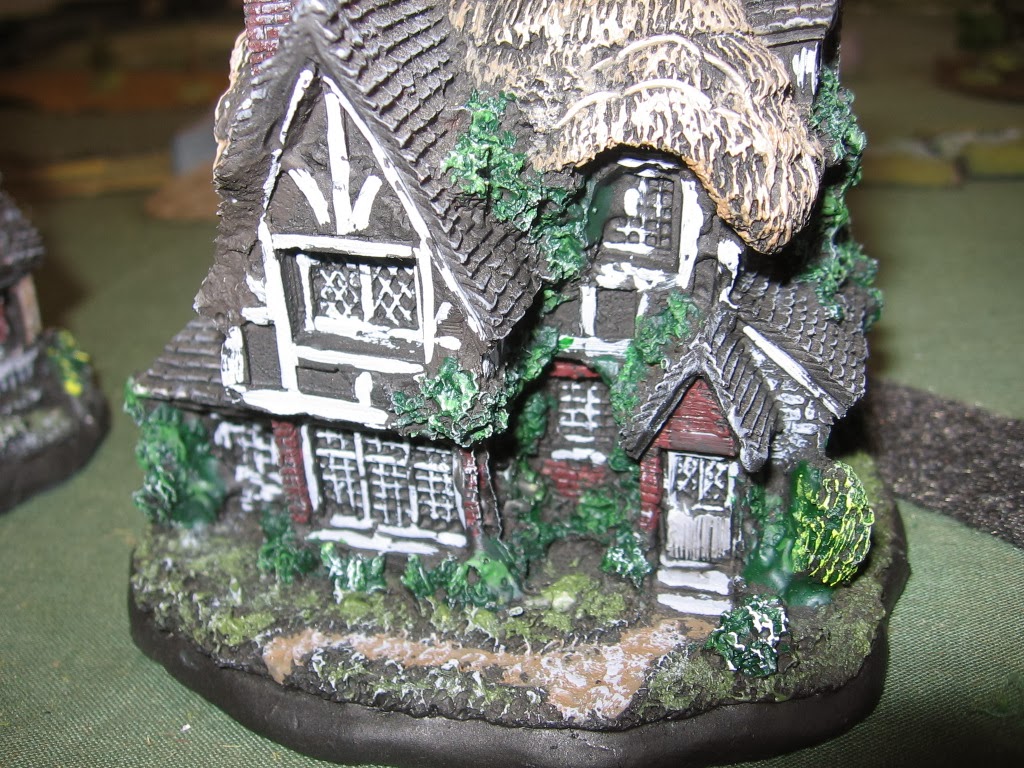 We've just been away for a few nights before starting back at work.Just before we left I just managed to complete this little beauty: a Nitto M36 Jackson. I can't say I'd go out of my way to buy any for the nascent US Spearhead army 1944 - M10s would do just fine (I don't rate myself as a 'power gamer' looking for the biggest guns etc). The kit was another one of those for which I have no recollection about how it even came into my possession, but it did, it has been sitting there, and I decided to assemble it.

Overall a nice kit, but it was sufficiently old that the tracks, and some of the locating pins on the bogies, had turned brittle. The assembly was therefore a little messy, so I decided to disguise it with the 'pseudo diorama' arrangement on the base - a brownish stone wall a la Normandy (although the blocks are somewhat too regular in shape and size really). It will most likely masquerade as an M10 on the tabletop, but a nice addition to the slowly growing US army. I am currently playing with lists using Keith's Scenario Generation System. 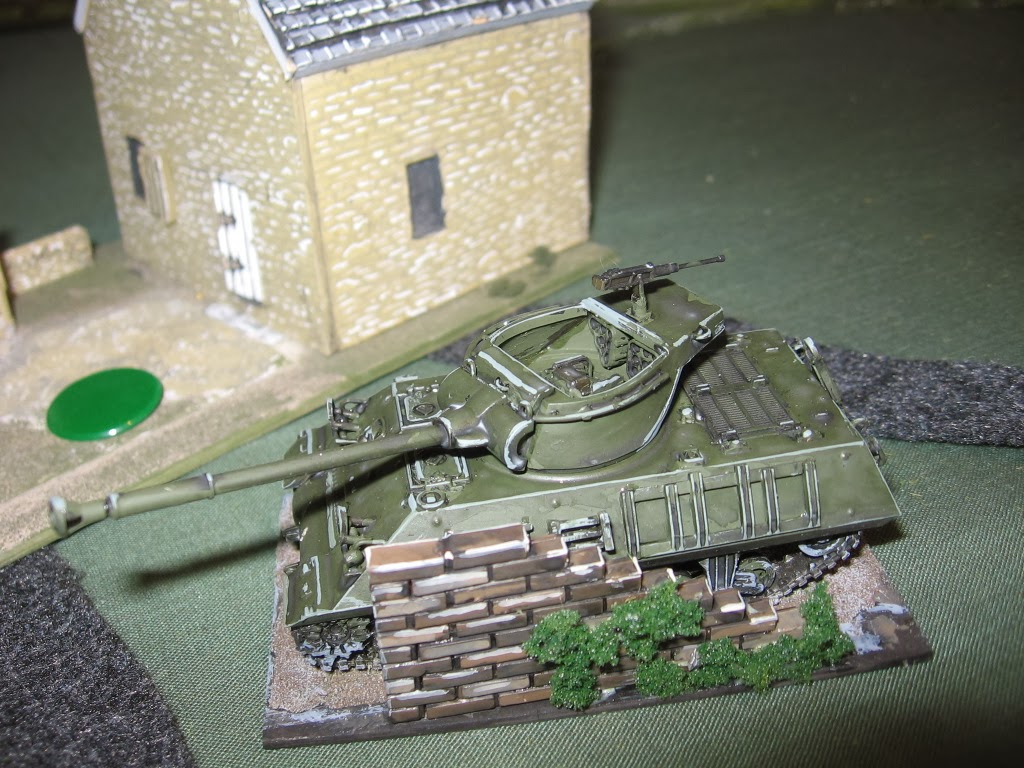 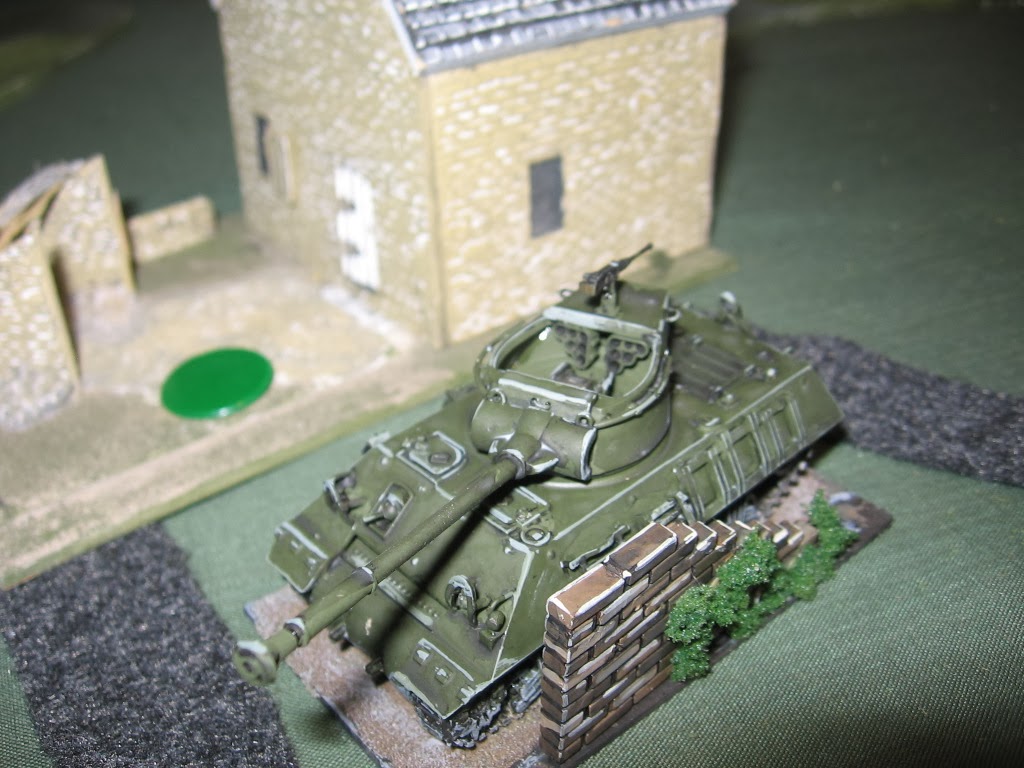 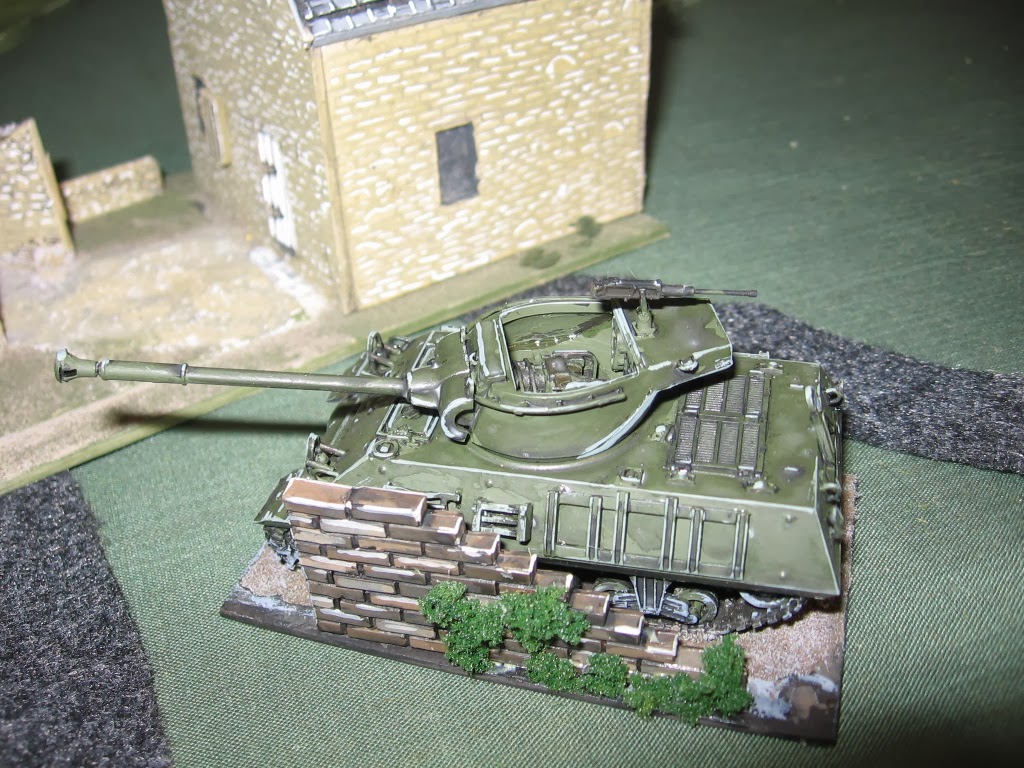 So yet another box disposed off, its contents completed for the table. You know, I'm still enjoying this 20mm modeling thing.
at January 19, 2014 5 comments: