Life has been pretty hectic these past months, and there have been few opportunities for any 'gaming at all. I had to pull out of the recent Conquest DBA tournament at the last minute as the copy deadline for yet another edit of my new student text and work book loomed, and so there was something of a sigh of relief when I seized the opportunity to play a game tonight.

Adrian and I settled on a Kings of War game (the new fantasy game from Mantic) as something light, not requiring too much concentration (or so I thought!!..Ha!!). 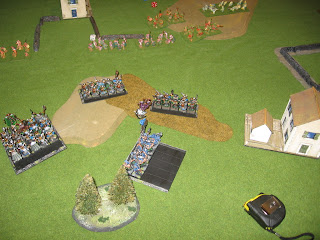 The Orcs came on en masse, and the Shieldbreakers were quickly engaged by Orc Gore Riders. 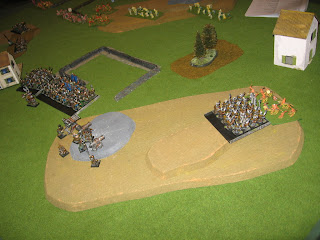 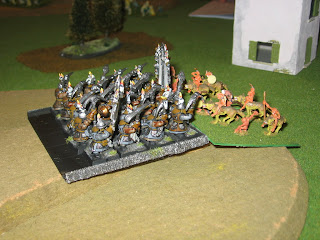 They repulsed the first attack, counter-attacked themselves to no avail, but were unable to withstand the second assault. 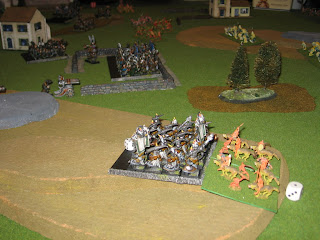 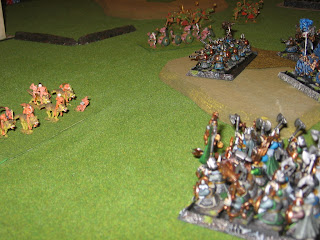 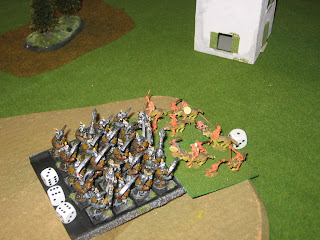 The left was then assaulted by a Gore Rider and chariot, and some other nasty guys with lots of attacks (hope the technical language isn't confusing you, I lost track of the Orc unit types). 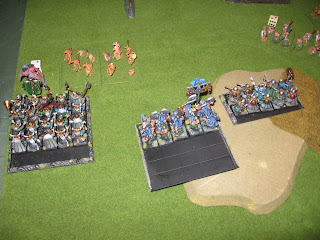 .. while the centre Horde also came under attack from two Orc hordes. 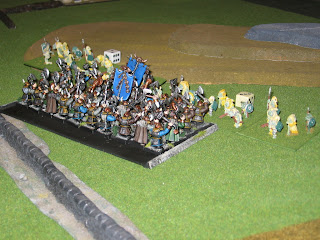 The Ironwatch were swept away, despite trying to use the woods to disrupt the orc attacks. 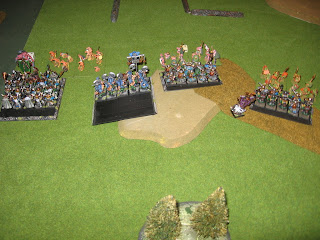 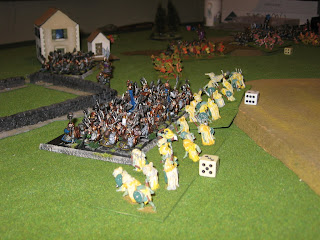 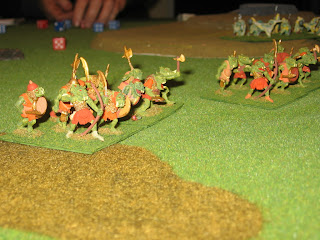 The Berserkers counter-attacked, but a half regiment just isn't enough, and they were also swept away in the orc counter-attacks. 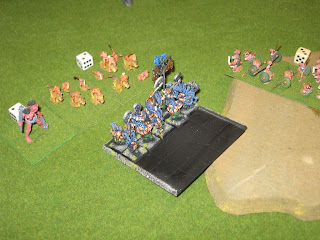 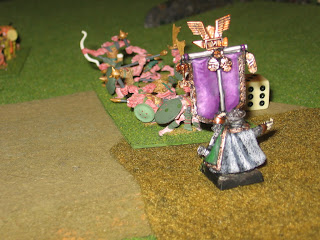 And then on the right the unit of Gore Riders that had previously shattered the Shieldbreakers regiment managed to throw off a waver test result and assault and destroy the first of the Dwarf cannons. 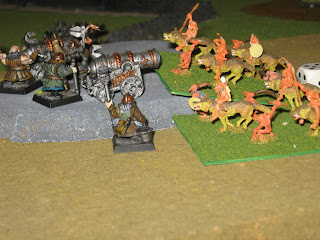 There was very little left of the Dwarf army. The orcs had lost a couple of units to Dwarf firepower in the first couple of turns but this was nowhere near enough.

"There will be an enquiry" sources from the Dwarf Royal household are quoted as sayng. "Heads will roll". Seemed to me they already had... in large numbers.

So what went wrong?


But despite that a good game, lots of action, and some damned good company and conversation.
at November 05, 2011 3 comments: