Usurpers to His Majefty'f Crown ...

T'was bright early morning sun that caste itself down upon His Majesty's glorious host, standing firm to defend His Honour against the rebel insurgents of that damnable devil Oliver Cromwell. And t'was a dark day as God Himself deserted His Majesty's glorious forces on that day. Many would know that field as Widowmaker's Lea.

Cromwell's dupe Magnus McNelly sent this despatch to the very devil himself:

By Gods blessing I can inform tell you I am alive. Yesterday hence he shewed us the fury of our enemies, performed upon a field with much resolution and audacity, noyse and terrour, that you could not but have thought they now at last had moved Hell gates. God be thanked for our writ wing did stand against the enemy left. Strengthened in resolve our main bodies stand brave also upon the field, giving fire upon the enemy foote who did protest to our front, until such time as they fled for shelter found not upon the heth but in divers castles some distnce hence, now we possest our selves of all their Cannon, match, Powder and Carriages, being many.

If you should expect the condemnatioms or valour of any particular man your firend or mine, by displaying of that I should seem to take from others, who did so gallantly this day hence. Though perhaps an exception being Collonel Crumwell who did provide greater resolve, though be glorified God in this above all else.

Our Generalls speek now of marching forthwith against places in revolt agaist lawful rule and betwixt this day and some in not distant future shall be well able to take the filed of battlee against the forces that should stande against Gods rulee in this our lande." 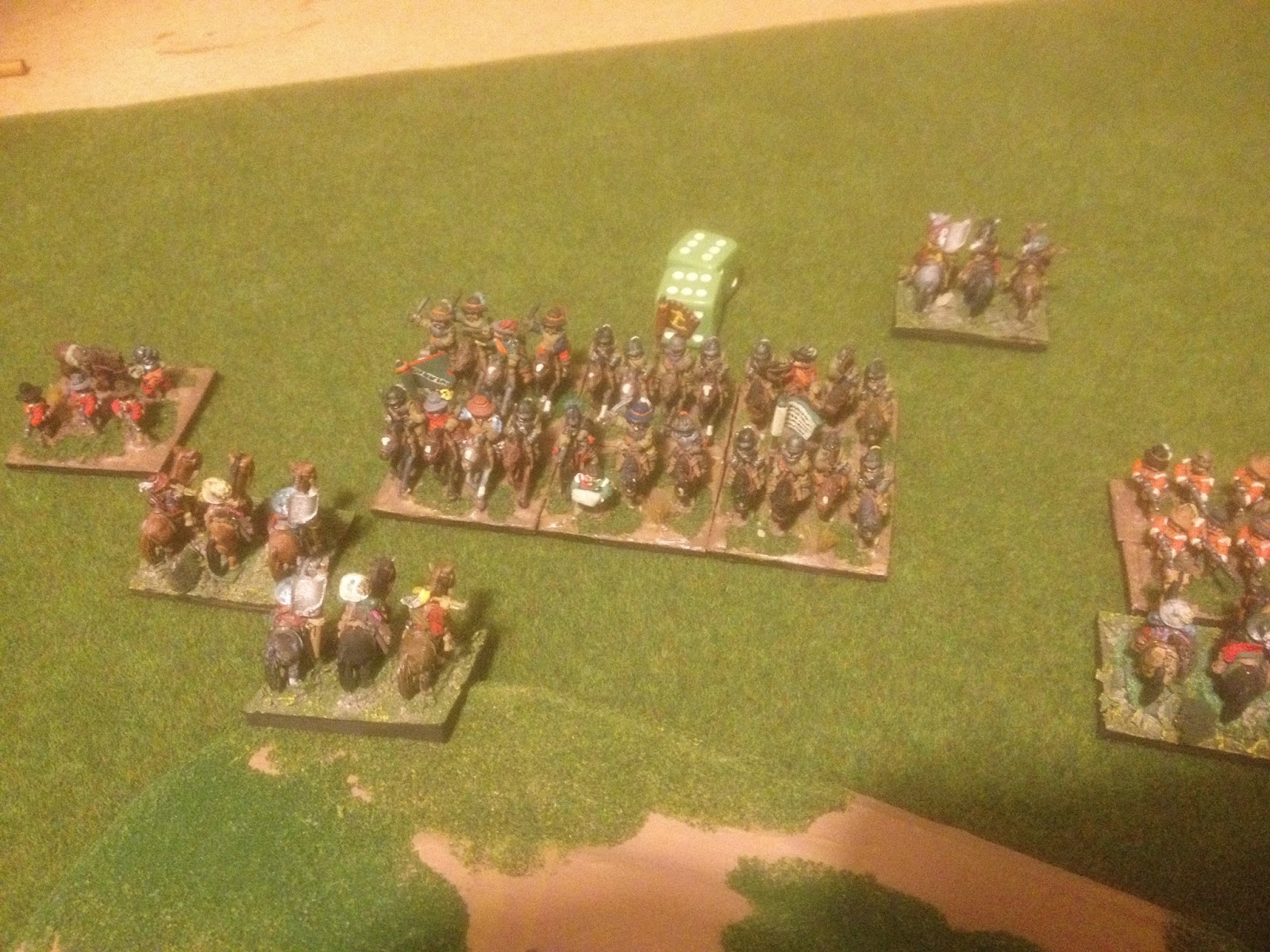 The text of a note sent to Magnus McNelly by a loyal servant of the King:

Ahem .... a great DBR game, played in 15mm using the DBR rules.. these continue to grab my imagination, and feed the appetite for more substantial figure based games. The photos were just the few I managed to grab on my phone so apologies for the poorer quality. The attention grabbing nature of the game meant that I missed key parts of the action, but essentially as the Royalist commander I was handed my *** on a plate. Keith dismembered almost the entire Royalist force.

However it was another immensely satisfying game. Planning now for the next one, in which I'll experiment with a more infantry heavy army (that means more pike and shot). The Royalist army in this game fielded enough Pi(F) for two reasonably mobile wings manoeuvring around a solid pike and shot centre command.
at March 29, 2014 1 comment:

Email ThisBlogThis!Share to TwitterShare to FacebookShare to Pinterest
Labels: after action reports, DBR

A nice piece from 'wargaming.info' ...


In the last paragraph are these words:

Over the dinner it was suggested that we made an effort to see if there was some way in which we could make the week of Don’s birthday (20 March) a worldwide annual Remember Don Featherstone Wargame Week? Worth toying with?”