The next Crossfire instalment .. lessons learned

This week's Crossfire shenanigans with my 'gamers at College involved two small practice scenarios taken from 'Wargaming with gluteous maximus'. I set up the Hill, and Woods, scenarios for the boys. The forces are small, so each scenario can be played to a reasonable conclusion in an hour or so, and since we have a two hour window of opportunity these are ideal. The Woods involving hidden deployment for both sides.

A squad is caught moving in the open, and smoke is called down from the mortar battery to try to allow the squad the opportunity to get to more substantive cover. This use of smoke marked a significant shift in the sophistication of their thinking.

This first game was 'The Woods' in which the objective was to eliminate the enemy. 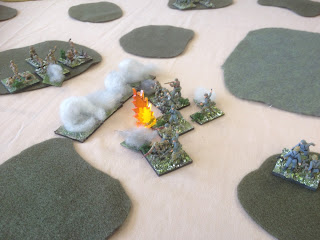 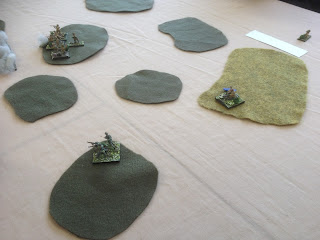 The German squad at the bottom of the photo had been further to the right, thinking it was pinned by the British vickers centre right. The MMG suffered a No fire, but the German player mistakenly use that No fire to withdraw rather than press the attack when he had no squads pined or suppressed.

The lesson was well learned. 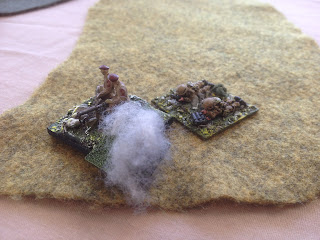 The second game was 'The Hill' and the objective was to take/hold the hill. 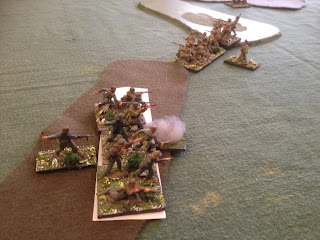 That squad eventually however managed to get through the minefield suffering no casualties.even more extraordinarily, the German player managed to shift his left flank platoon completely across the field of action and flank the British left crossing a field of fire while taking no casualties. The defending British platoon all suffered No fire results in their reactive fire phase. This time the German player took full advantage of the result and flanked the British defenders, close assaulting them from their own rear. 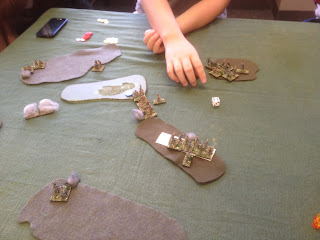 The battle was on for the hill but time ran out.

This last game was much more satisfactory, both players learning a lot from playing/watching those earlier games. This of course was the objective of these small games. Job done!!
at June 20, 2015 2 comments:

Email ThisBlogThis!Share to TwitterShare to FacebookShare to Pinterest
Labels: after action reports, Crossfire

Vostroyans for the painting challenge

Well, this year's painting challenge has been under way for several weeks and each of us has faced delays. For Andy and I it has been work and family pressures. For Adrian it has been the availability of the figures etc that he wanted. Adrian decided to opt for some Vostroyans which could not only be sued for 40K, but could also double as a steam punk army for other rules sets. Thursday night, and he presented the first squad. 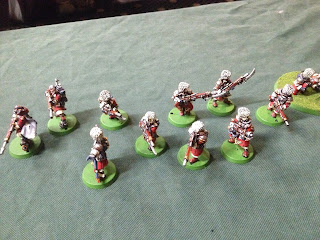 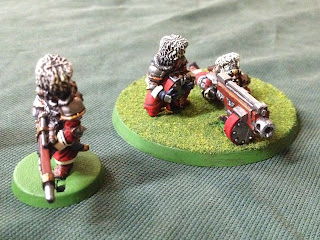 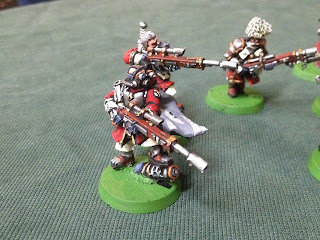 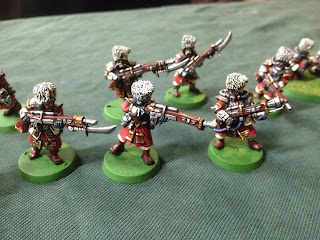 One of those amusing 'trains of thought'.

I've been experiencing one of those 'amusing' trains of thought. You know, when the inner dialogue gets going? Oh,. so you don't hear those voices? Anyway ..

I've had a cunning plan to create forces for the 1940 French campaign in 20mm for Spearhead .. there are lots of great vehicles available now in quick build kit sets.

Of course it would also really require new infantry forces as well, since the 20mm infantry figures that I have are all later war. 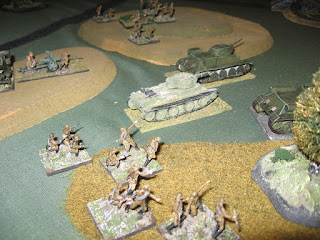 I've been plotting/scheming for about 18 months. However it's quite an undertaking as there are quite a few vehicles.

Then I realised that my existing 6mm infantry will do for either, I have the German vehicles already, painted in the early war Pz grey, and most of the early war Brit stuff. Interestingly, my first ever 6mm purchases were for Brits for the Queen's Bays, bought in 1974.. I remember the parcel arriving during my bursary exams. Good friend and 'gaming buddy Pete and I were going to game that period, using the old 1st edition WRG rules.

So, for the purchase of about a dozen extra Brit tanks in 6mm the project would be done. I've just shot myself in the foot. Damn.. I was looking forward to the thrill of the purchase, the smell of the glue, the gradual growth of the forces..

Of course, I guess I could always justify the whole thing as a modelling project rather than a 'gaming project couldn't I.

As if I haven't got enough stuff already, and as if the pile of unpainted lead and plastic isn't large enough already. It's been one of those amusing 'trains of thought' really.
at June 19, 2015 No comments:

Time for an update on the Painting Challenge progress which, quite frankly, has been pedestrian to say the least. An overseas conference and work pressure generally have taken their toll. However I have been pottering away painting parts on sprues to try to make sure that I get a reasonable quality paint finish.

So here were the sprues earlier this evening with many (but not all) parts painted, and ready for assembly. 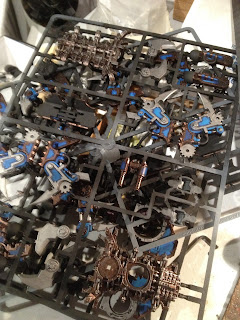 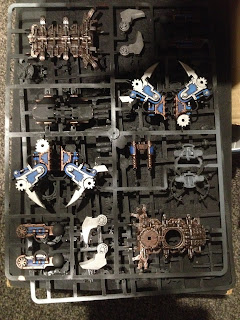 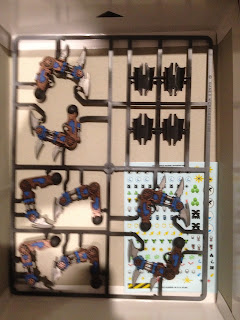 I managed a little assembly this evening in between outbreaks of marking. More anon.

Adrian it turns out has taken to painting some GW Vostroyans for (maybe) 40K, but also to double as a steam punk army, and Andy is making progress with some Space marines that have sat unassembled in boxes for a number of years along with a Dreadnought.